A Wolf Tree is the guardian of the forest.

This tree and about four or five others in our forest still stand, hailing from hundreds of years ago. They escaped the saw, when pioneers cleared the rugged hillsides, in search of pasture, and are now probably 20 feet in circumference. They have since become the dominant source of seeds, stature, and inspiration for this ecosystem. They are all white oaks and have withstood relentless tests of time.

How much longer can they survive? At some point, natural forces will bring them down, which is already underway with this magnificent speciman. Its heavy tops are losing purchase, and falling to the forest floor, to be recycled into new life.

I have been searching for a metaphor for our democracy and the attack upon it in our capital, which we all witnessed, exactly a year ago. The Wolf Tree in the forest may suffice, as it is wise, resilient, fertile, inspiring, and seemingly timeless. But it is vulnerable.

The picture below shows a great limb recently separated from its mother trunk. Might not this represent the Grand Old Party, separating itself from democracy? What happened to the party which many of us, our parents, and grandparents supported faithfully, in the day, because it was an anchor to the democratic process. It was a great limb in the tree of democracy, that nurtured timeless American values like: voting rights, equal rights, environmental protection, integrity of every sort, law and order, and strong alliances with democracies around the globe. These revered values have been entirely eclipsed by current leadership of the Republican party. And, in fact, the party has severed itself from the democratic process, not unlike the great limb that lies on the forest floor, severed from the mother trunk.

Can the mother tree survive without such an integral part of its skeleton? That's what we ask ourselves about the current state of our democracy.  We need a healthy, honest, vigorous, and humble Republican party for democracy to continue into the future. That party of old is currently absent. The most effective step faithful Republicans can take to support their party is to vote against it in the next elections. It is the only way the greater party will recognize its current radicalism is destructive and perhaps fatal to our democratic way of life.

At the same time, is American democracy supposed to survive? Most civilizations don't last more then 250 years before corruption and environmental degradation bring them down. We are now neck-deep in both. Perhaps it is a natural time for this great experiment to come to conclusion. At some point, the oak tree must fall, creating new opportunity for competitors and a new story within the forest cover.

I am reading Nourishment, by Fred Provenza. He is a profound thinker and writer, who traces the role of nutrition in the life of plants, animals, and human culture. He connects many dots affecting social structure, and touches on the issue of how the American experiment with democracy may be concluding right on schedule with history's pattern.

So, what do we do about this poignant moment in our history? We do our best to support the limbs of democracy, as each of us can. But if we fail, we do not despair. Forces of nature are at work and, in the end, will not be denied. We may experience painful change, accordingly, but within the change we may realize welcome detachment and reward in our personal journeys. Others have walked this path before us. Neither our pain nor our gain will be original.

This lamb is adapting. He became separated from his flock, and has since taken up residence with four beeves instead. He stays very close to them, employing their protection. I had not seen this before, and am struck by the cleverness of the animal.

We made it through the holiday season, only having to cancel our intended gathering of family three times. In the end, we celebrated by ourselves, grateful for the highly concerned and adaptable family members. We are all challenged to understand the evolving warp and woof of this pandemic.

The highlight of the holidays was spreading grass and herbaceous seeds in our wetlands by hand. The first attempt to do so in early December was flattened by the tornado, but by the end of the year, the weather cleared enough that a crew was able to cover 75 acres in three days.

The acreage was divided into 1/4-acre plots, each of which called for 20 lbs. of mixed seeds. The grass species included 11 different varieties and herbaceous plants included 24. These seeds were collected over the past three years, primarily by Kathy, but with the help of Paula and Jacob, and stored in a large cooling unit, then sorted, sifted, mixed, and weighed for spreading this winter. Jacob's team included Gary, Wesley, Elton, Kathy, and Hawkin. Volunteers who participated were Teresa, Mark, Susan, and me. The weather was good, camaraderie great, purpose worthy, and sense of hope high.

Next step is planting 40,000 trees over the same acreage. This begins in late February and will be enabled by a mechanical tree-planter.

Below is Vietnamese Pho, rice noodles, bean sprouts, Mekong Meatballs, and cilantro. It is surprisingly filling, easy to digest, wonderfully flavorful, and rewarding at all times of year.

The holiday break has been welcome at the farm, but it will be good to return to the market at MadTree on Sunday. Bob and I look forward to seeing you there.

May our wolf trees live, until they no longer spread fertile seeds. 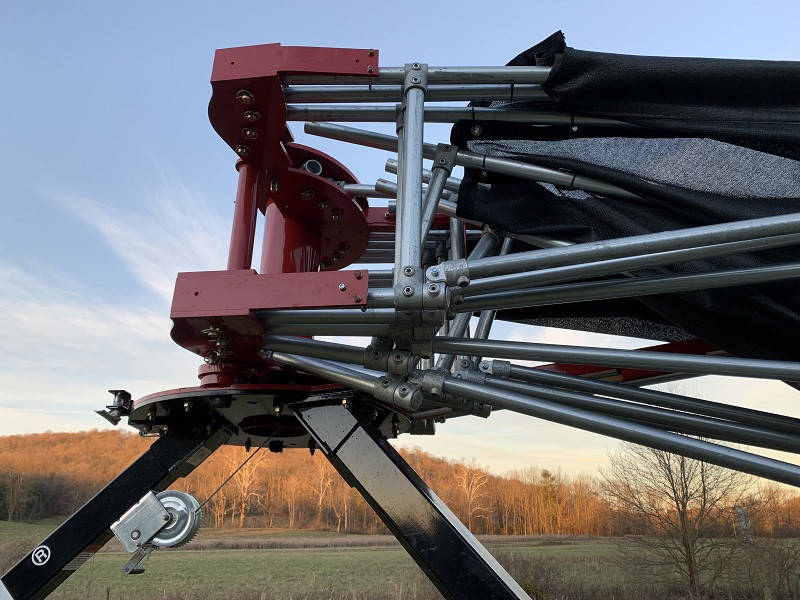 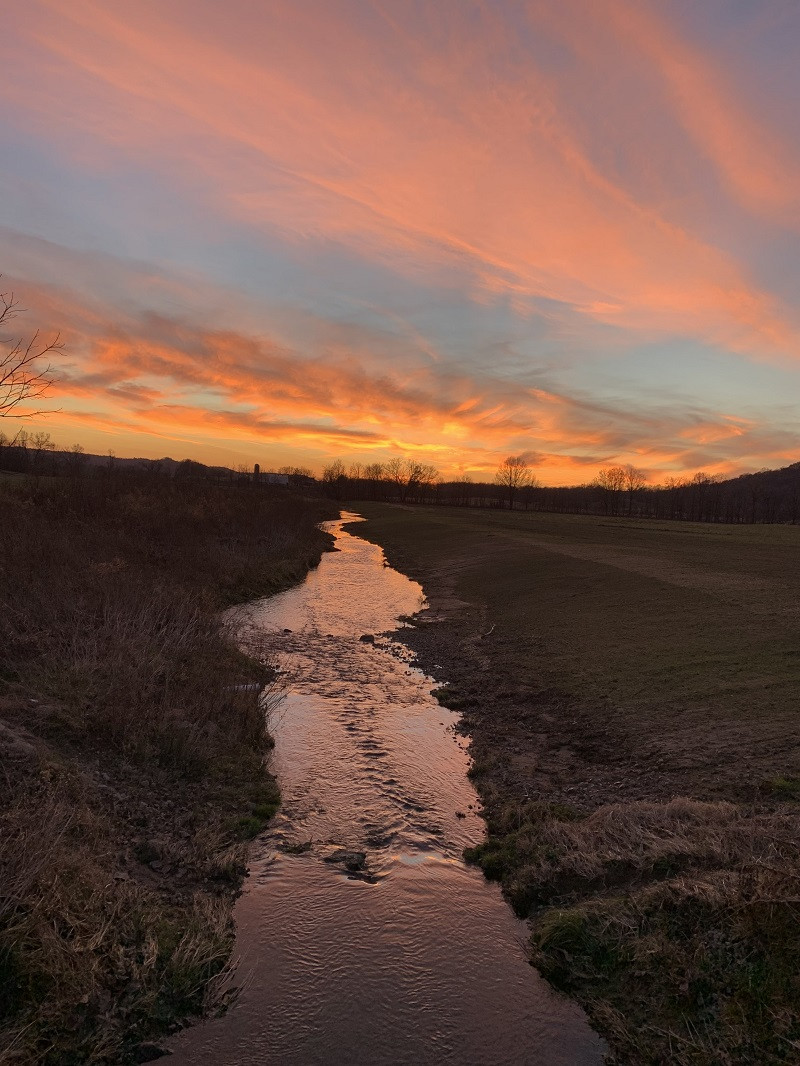 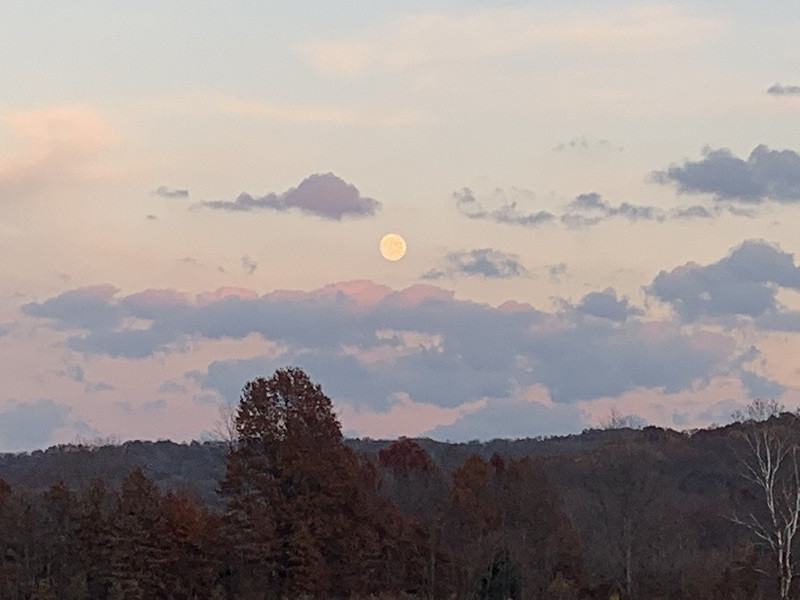