Sixty-nine bundles of native wetland seeds have been drying in these sheets over the past three months.

These seeds were skillfully collected by Kathy, Paula, and Jacob this fall. This was done by hand, with great patience and reverence. The source of seeds is our current wetland bank, which we anticipate expanding over the next few years and for which we will need such seeds. The team has collected 17 species, the interesting and beautiful names of which follow.

These hanging bundles probably amount to nearly 1,500 lbs of weight. But this in not pure weight of seeds; chaff is part of the mix. So, yesterday the team began sorting chaff from seed.

The screen Jacob is holding is placed horizontally on the tubs. Then stems in the foreground are placed on the screen and Kathy brushes them back and forth, so mostly seed falls through to the bottom. Paula is holding a wind break to prevent escape by wind. The seeds are then scooped up from the bottom of the tarp with a dust-pan and placed in a tub. Some chaff remains but not a lot. The result is a beautiful collection of seed, which will be spread next fall. They are working on Swamp Lousewort in this picture. Below they have inventoried Cinna Grass and Agrimony.

Collecting and sorting seeds by hand is as ancient a ritual as there is for the human species. Nomadic and aboriginal peoples always searched the landscape for nuts and berries to augment their diet. Even when agriculture become established 12,000 years ago, seeds of annuals, such as maize, wheat, peas, and barley, were collected and sorted by the farmer from his own crop, on his own land, and then stored and planted the following year. This pattern of self-sufficiency continued for thousands of yeas.

Then in the 1980's, the US Supreme Court extended patent rights to companies which genetically engineer micro-organisms in hybrid seeds. At this point, seeds of commodities started emanating from seed companies and have continued apace, at ever-rising cost to farmers. Agribusiness companies now control the production and price of hybrid seeds, thus holding an iron grip on conventional farmers and creating a very attractive investment for Monsanto.

The above list of wetland seeds could be purchased commercially, but at considerable cost. Such seed mixes range between $100 per pound to $200 per pound. But more importantly, seed harvested from a distant landscape is not gong to perform as well as seed from the local landscape.

To whom do seeds belong? They belong to the ecosystem from which they come and to those who harvest them for self-suffiency. They do not naturally belong to a corporate giant holding buyers hostage. We are most grateful to Kathy, Paula, and Jacob for reviving this profound and ancient tradition on our land.

I am reading a compelling book -- Wilding - Returning Nature to Our Farm, by Isabella Tree.  A friend recommended it, saying it reminded him or what we are doing with our wetlands. It is a very well-written and interesting account of how the owners of a 3,500-acre, 400-year-old estate in West Sussex, England became alarmed at the financial peril their production of agricultural commodities was causing them. They finally decided, despite a 200-year tradition, to send to auction all of their farm animals and machinery, pay off indebtedness, and then gradually invest in reestabling natural wildlife onto their property. Over twenty-five years, this has rendered both ecological and economic prosperity previously unknown.

Similarly, Call of the Reed Warbler, by Charles Massy, poignantly recounts dramatic adaptations by large ranches in Australia to reincorparate significant wilderness into their landscapes, in order to achieve more ecological and economic resiliance. One wonders about the dire circumstances they currently face, but having Mother Nature on one's side is certainly more advantageous than not.

We hear of recent efforts in Washington to remove environmental regulations, so construction projects and development efforts can move forward more quickly, as in the old days. What is becoming markedly clear over time is that destroying the environment for short-term financial profits is a failing paradigm, so why would we want to revert to the old days, when this was the norm? Lessons from West Sussex, England, from progressive ranchers in Australia, and from our experience with wetlands offer that reincorporating nature into production paradigms is the only way to succeed, in the end.

Does not Mother Nature have a voice? If corporations are now considered to be persons, as cited by Citizens United, then why wouldn't Mother Nature be considered as well? Is not her corpus by far the largest of any and the one to be most consulted? If Costa Rica can consider the wilderness to have natural legal rights, why can't we?  We disregard Mother Nature at our peril, as tragically wintessed in California, Australia, and regions of Africa, the Middle East, and Central America experiencing prolonged drought, that drives social upheaval.

To that point, an eminent professor of soil science at Ohio State University, Dr. Rattan Lal, recently received the 2019 Japan Prize, which is one of the most prestigous global awards in science. In his acceptance comments, he stated that peace and social stability start in the soil, and then quoted Kurt Knebusch. "The ferocious and intense fire that burns in the pit of an empty stomach, which is a serious threat to human peace and political stability, can only be extinquished by a loaf of bread made from grain grown on healthy and fertile soil." It is easy to miss that peace and fertile soil are directly connected, but upon reflection it is clear they are.

We are grateful for the rising sun every morning. It never ceases to amaze the beholder, for each sunrise offers its own magnificence.

We are also grateful for each of you, who are critical links in our chain of well-being. You are our partners, who provide support in all sorts of invaluable ways. Just before the holidays we received the following communication from Jennifer, which recurringly brings tears to our eyes and strength to our souls.

I am grateful to you and Susan and all the folks who help bring your wonderful products to market. I am also grateful to the animals who live well and die well in your care, and to the land that supports the animals and your family. In the midst of so much political uncertainty and chaos, you and the work you do brings me great hope in what is Good, True, and Beautiful on this sacred planet. Blessings to you and yours.

What beautiful words, that really touch us. Thank you, Jennifer.

These lamb chops graced our table over the holidays. Cooked rare, they are as tender and clean as wild fish.

We look forward to seeing you this Sunday at the Hyde Park Market. It has been a long respite.

As you sort seeds from your landscape, to secure your own future, may lambchops land on your plate, may wildness return to your garden, and may your soil grow fertile to provide peace among peoples.

In tribute to the power of the native seed, 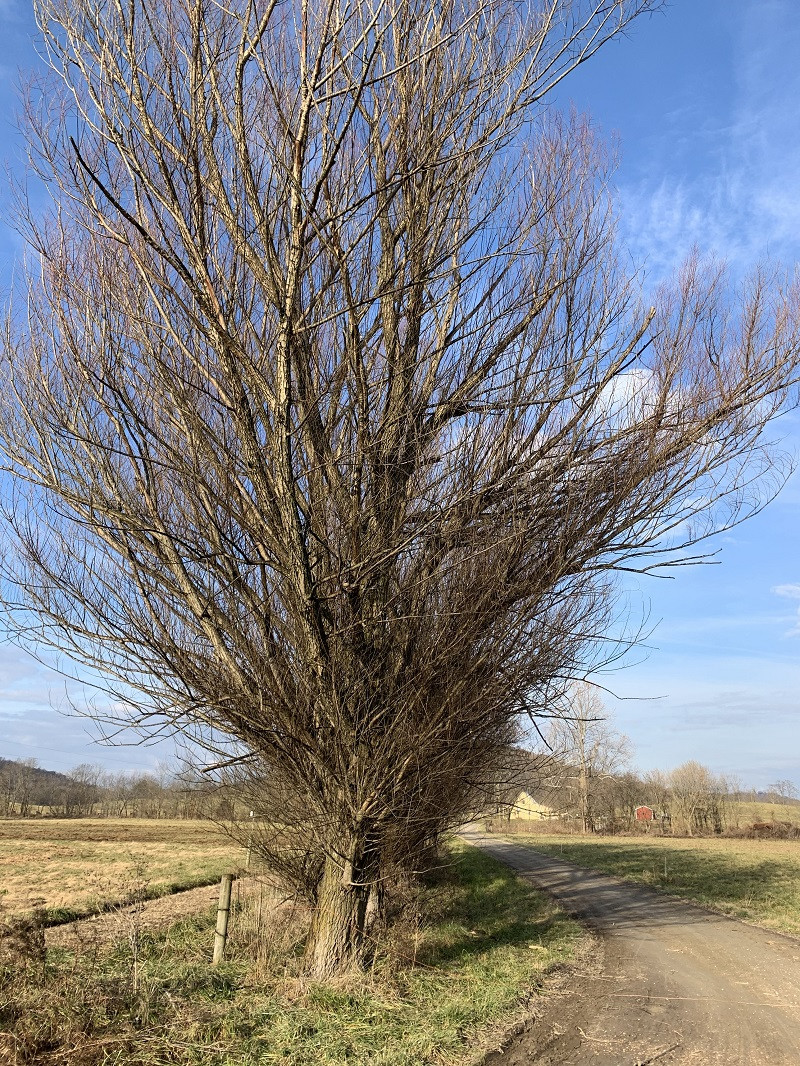 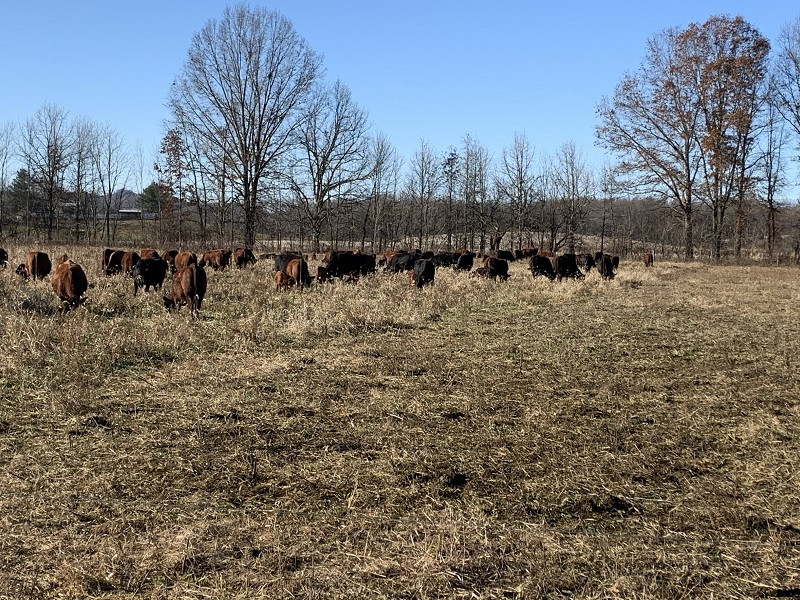 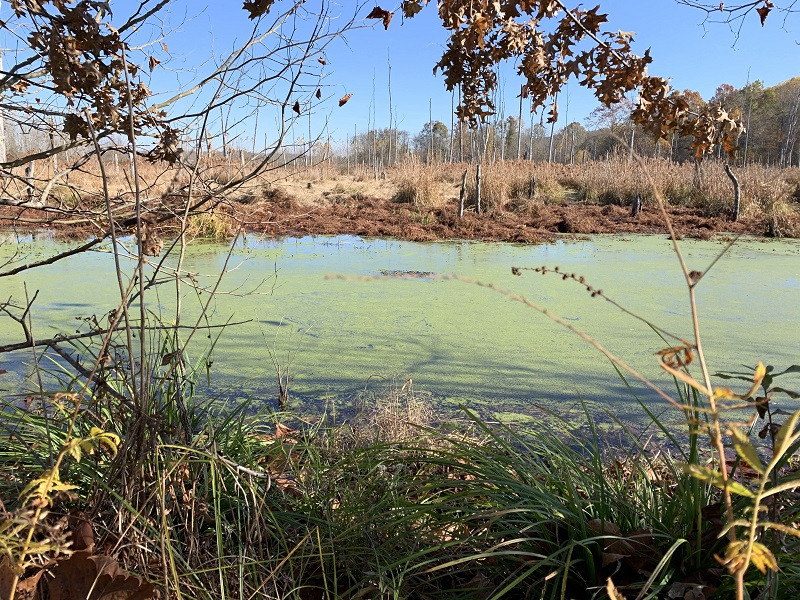