We are extending our underground water lines, and the operator of the trencher remarked how soft the soil is.

He said it made for easy digging. I hadn't thought much recently about soil being soft, but it makes sense. Soil that is cool, filled with tiny tunnels of air made by worms and microbes, and is moist due to compost on top would be soft. That describes the soil we are developing and amending. It also helps that most of our farm lies on a former lake-bottom and was just beyond the reach of glaciers that once littered parts of the Midwest with boulders from the Canadian shield.

The pulsed grazing we perform stimulates growth of roots of plants. The long rest periods between grazings enables those roots to express themselves deeply and broadly. When ruminants arrive to graze tops of plants, roots below slough off into the soil, providing food for microbes and eventually decaying to leave micro-tunnels of air within. The horizon of soil is covered by a thick stand  of grasses, forbs, and clovers. Half the stand is consumed by ruminants passing over and the other half is trampled onto the ground, providing a thatch or mulch, not unlike that developed in your gardens.

This is the process of creating organic matter. Organic matter is filled with carbon, air, moisture, and microbes. And it is soft to walk on. In a former newsletter, Soles of our Feet (8/24/17), we explored how our feet interact with the ground. We do a lot of walking and one notices quickly whether the soil is soft or not. Compacted areas are hard and deep-rooted areas soft. Over the past ten years, we have doubled the organic matter in our soil, which means we have doubled its softness. The next time you are out here, please lie down, almost anywhere, and take a nap! You will be comforted by the soft embrace from below.

And don't forget it is your dollar and your values that make this possible. Your support of our style of management is the driving force behind our softening soil. You are a key agent in this process.

The new cement pad will host a 300-gallon water tub, with water coming from the female fitting at the bottom of the barrel 24 inches deep. It will flow into the bottom of the tub, which will cover the hole and thus keep the hose insulated. We are preparing for the return of our two-year-old beeves from Virginia, and are creating a holding area for them. In the process we installed 1200 feet of waterline and three more watering points. This will reduce the labor of hauling black hoses filled with water from one distant watering point to another. Investing in watering infrastructure generates important returns on a a grazing farm.


This is the feeding pad we are constructing, and is the third one we have found ourselves building in the past ten years. We resist converting pasture to gravel, but when we have downpours of rain and floodwaters in the bottoms, we need a safe harbor for our various groups of beeves. The geotextile fabric beneath holds the gravel and keeps it from sinking into wet earth. This is a site for a hard surface, rather than soft one.

As mentioned, the highlight of my week is picking up Cameron on Wednesday mornings, and heading into the day together. This past Wednesday we discovered, to our dismay, that a cow had died in the dark of the previous night from a prolapsed uterus. The reason for this is a provoking mystery. Once recovered from this reality, however, we looked around to find she had left behind a large, good-looking bull calf. The calf had not received any colostrum from its mother, so was looking quite depleted by the time we found him, probably ten or twelve hours later. Fortunately, we had at the barn some powdered colostrum, which we mixed with warm water, and took to the calf. He still had the will to swallow, and after about half a pint of colostrum his drooping ears rose in gratitude and promise. Since this calf will now need to be bottle-fed every day for the next four months, it seemed best to turn him over to Cameron and his father for care, which they were glad to take on.  So, we at least saved one of the two bovines at risk.

The meal was in honor of Susan's son, Sebastien, who was visiting for the weekend. It featured six pounds of boneless leg of lamb, cooked in a steam-oven to 120 degrees and then seared on the grill. It was accompanied by Susan's Aloo Masala potatoes -- an Indian recipe that was truly delicious. He fashioned a dish of sauteed foie gras on toast, accented with a caramel sauce. A delicious fresh salad of avocado and garden ripe tomatoes, plus an irresistible almond cake Susan made the day before, and three wild paw paws from the woods, made for quite a feast.

We thank you for our softening soil. 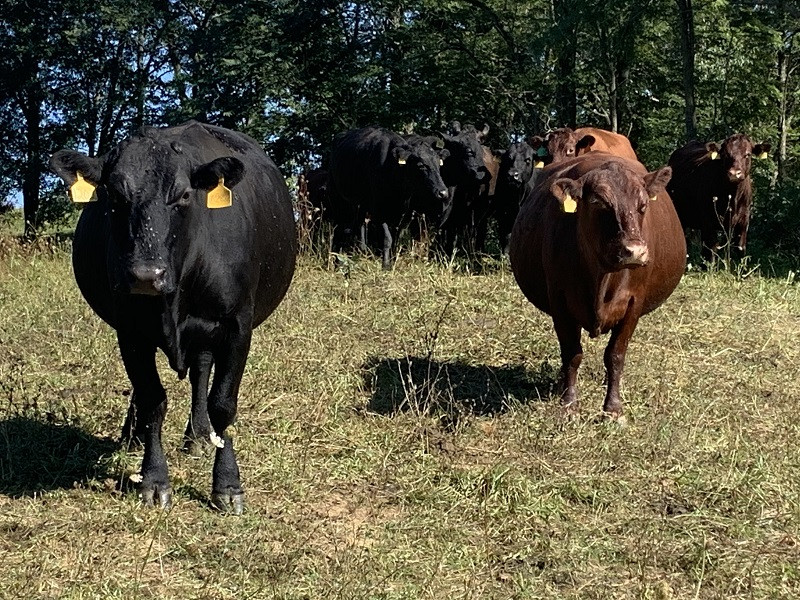 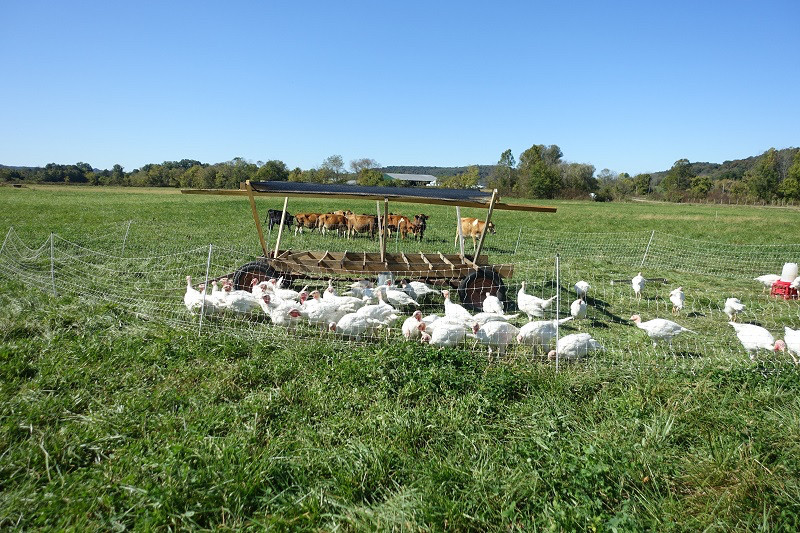 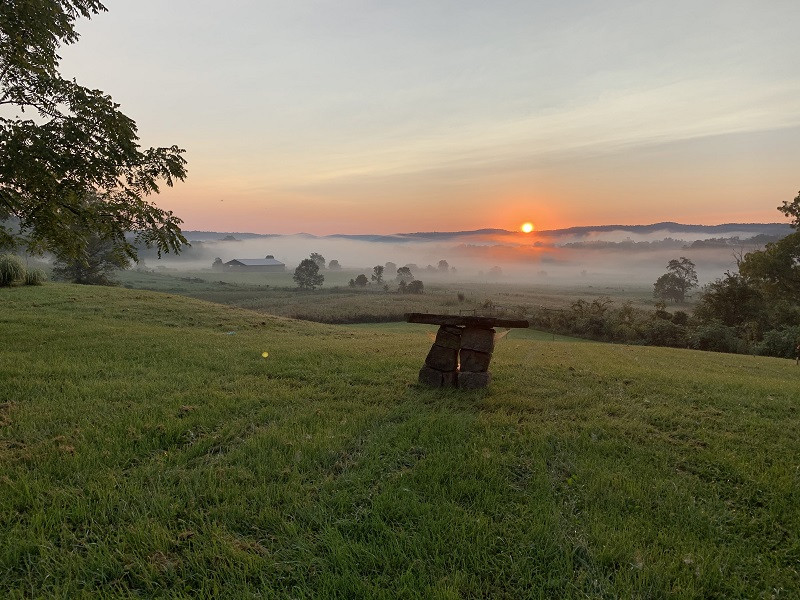