SAVORY IN GEORGIA: ALLAN SAVORY, HELPING US CREATE THE LIFE WE SEEK... 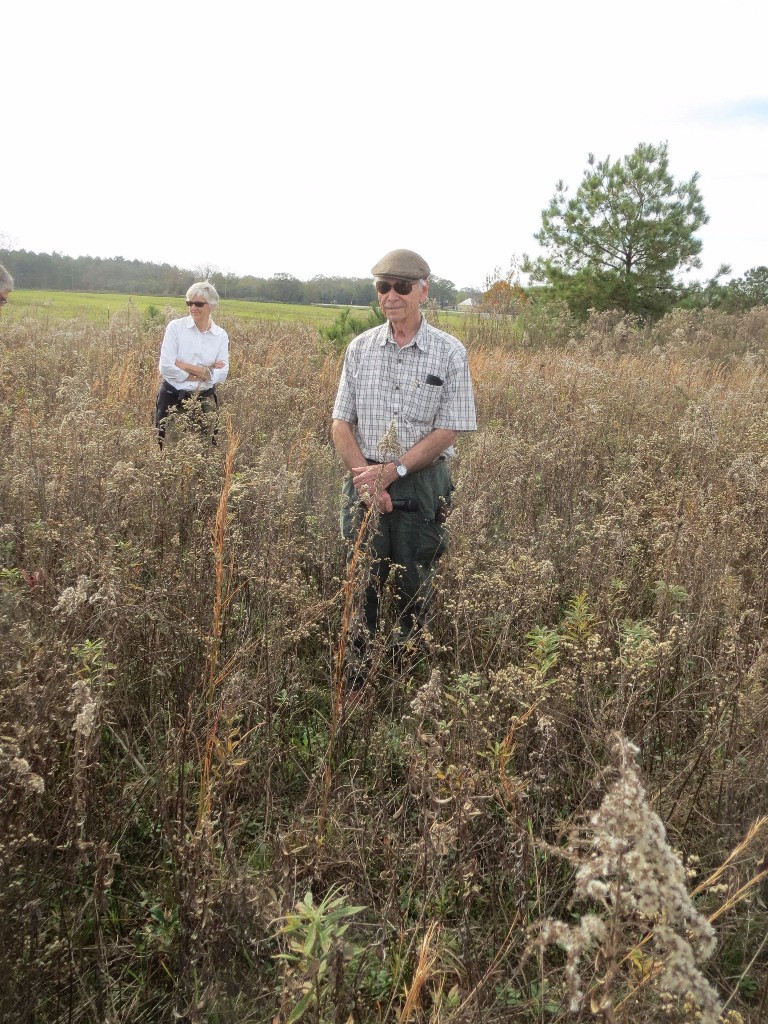 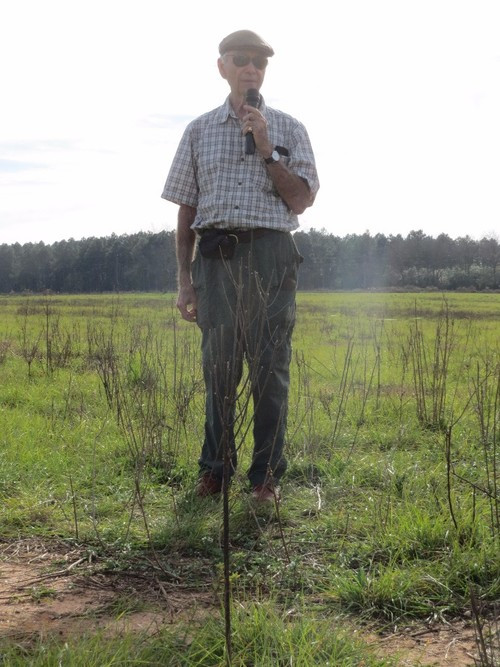 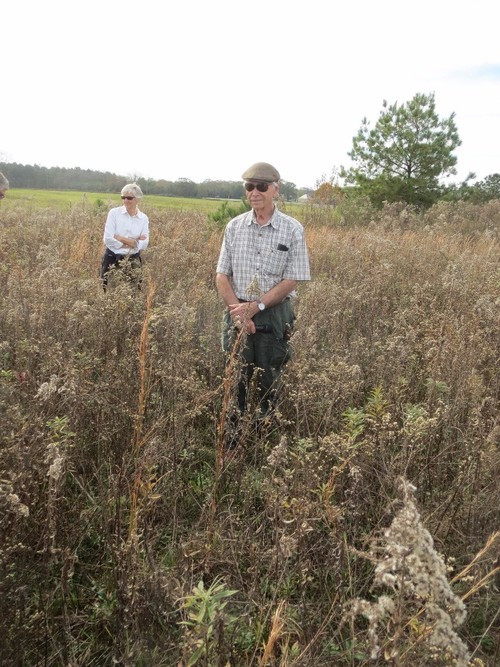 ALLAN SAVORY, HELPING US CREATE THE LIFE WE SEEK…

Last weekend we spent 24 hours with Mr. Savory in Bluffton, Georgia, home to White Oak Pastures, one of the largest providers of grass-based foods in the country. It was an honor to listen to such a wise man articulate profound, but intuitively recognizable, concepts. It has been remarked that "wise man" may be contradiction in terms, but not on this occasion. There are so few such minds at large, that it is worth paying heed to them, when opportunity presents, so we did.

An incomplete attempt to summarize his thesis follows. The first step to creating a successful life is to describe the "holistic context" in which one wants to live: the physical environment, quality of relationships desired, values to be exercised, and general production to be realized. One then employs one of four "tools" to enhance the sacred context: technology, fire, rest, or livestock. In order to decide which of the four to employ in a given situation, seven "testing guidelines" are applied to the problem at hand. They filter and select the scenario that most benefits the context desired. And thus the best decision is made. This decision-making process is invaluable on the farm, when so many factors are rapidly at play, asking for both daily and strategic issues to be resolved.

It is that simple and that complicated. Savory's 400-page text: Holistic Management - A Framework for Decision-Making fleshes out the details. More can also be learned by going to: www.savoryinstitute.org

It was particularly poignant to be engaging with Mr. Savory while the Paris Climate Talks were concluding. We discussed employing holistic decision-making to rejuvenate the man-made, ever-expanding deserts of the world. Specifically, we brainstormed about using the tool of livestock to revegetate 100 million acres of the Sahara Desert, thus sequestering large amounts of carbon, while producing high-quality food... The discussions were stimulating and provide hope for some of the complicated problems we face. 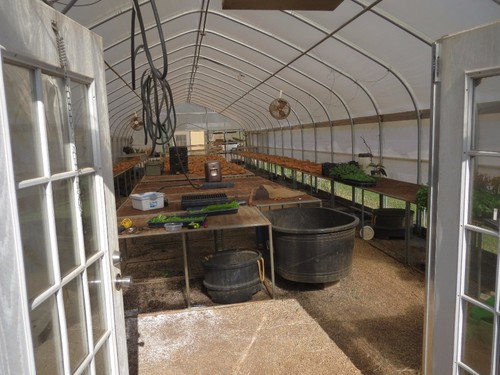 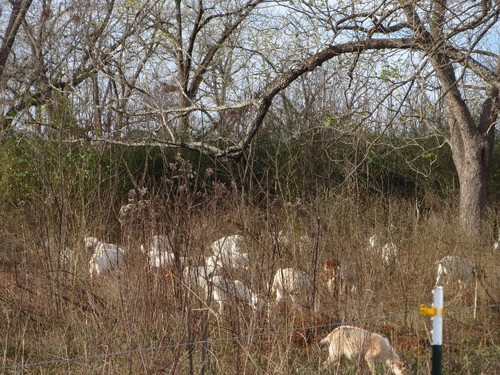 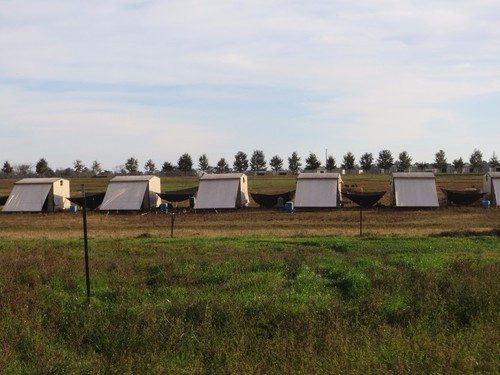 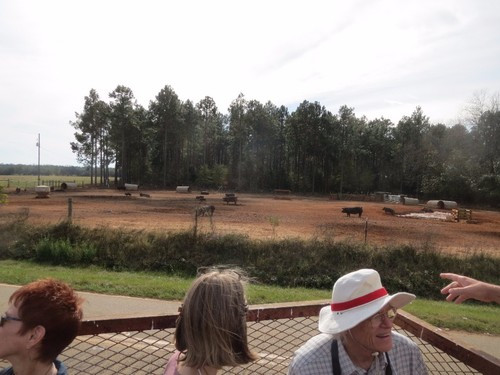 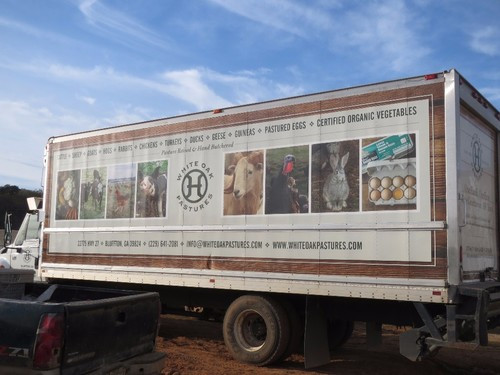 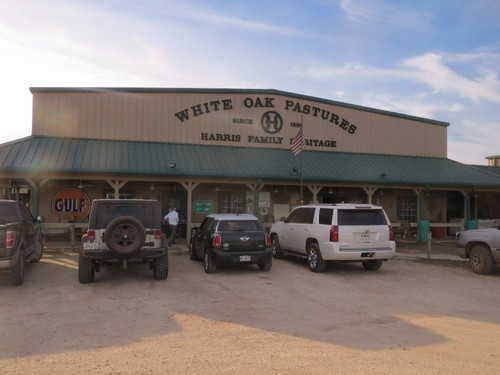 White Oak Pastures is an impressive place. The Harris family defies local agricultural tradition of irrigated corn, peanuts, and rice, by continually investing in pasture-based production. And they produce it all at a large scale: beef, chicken, pork, goats, lamb, rabbit, ducks, guinea hens, geese, eggs, and vegetables. The only thing they are not doing is dairy. They have their own on-site processing plants for beef and chicken, processing 35 beeves and 1,000 chickens per day. They hire 120 employees, whom they feed daily at their on-site restaurant. Most of their meat is sold wholesale. They execute at high standards. Their operation is more volume-based than we strive for, but we were privileged to witnessed excellence in action, which is always in scarce supply. 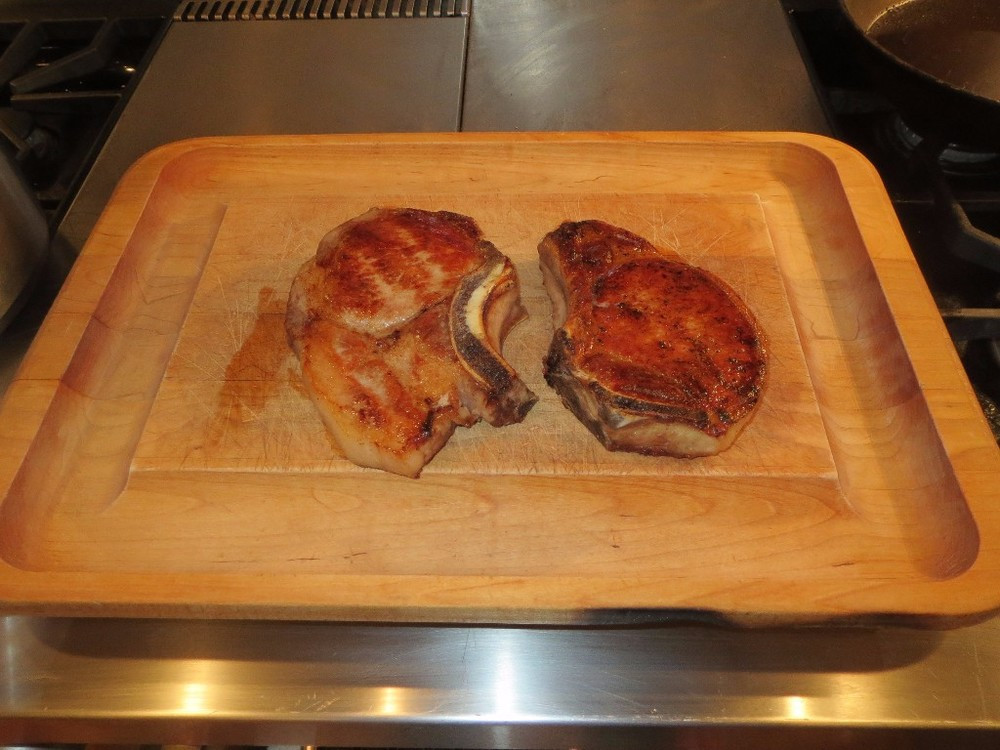 Our first pork chops! We cooked them last night, and thought they were great - sweet, juicy, and flavorful. The fat was soft and delicious, but not excessive, and throughout the meat, not just on the back. The meat was redder than industrial pork. This from our Duroc hogs. So, fortunately they passed the taste test, which Susan holds at a high standard.

Thus this Sunday, we will have pork available for you for the first time. We have on-hand: two rib roasts of about 5 lbs, 8 cured hams of about 9 lbs, cured bacon, tenderloin, loin chops, rib chops, arm roasts of about 3 lbs, sausage patties, sausage links, and ground pork. If you are interested in a rib roast or cured ham, please send us an email and we will bring it on Sunday.

Next delivery to East Hyde Park is Wednesday the 30th at 4 PM.

See you this Sunday, the 20th.

In tribute to all that is savory,

MATING SEASON: ON MONDAY WE TURNED BULLS IN WITH COWS AND ON TUESDAY RAMS WITH EWES. 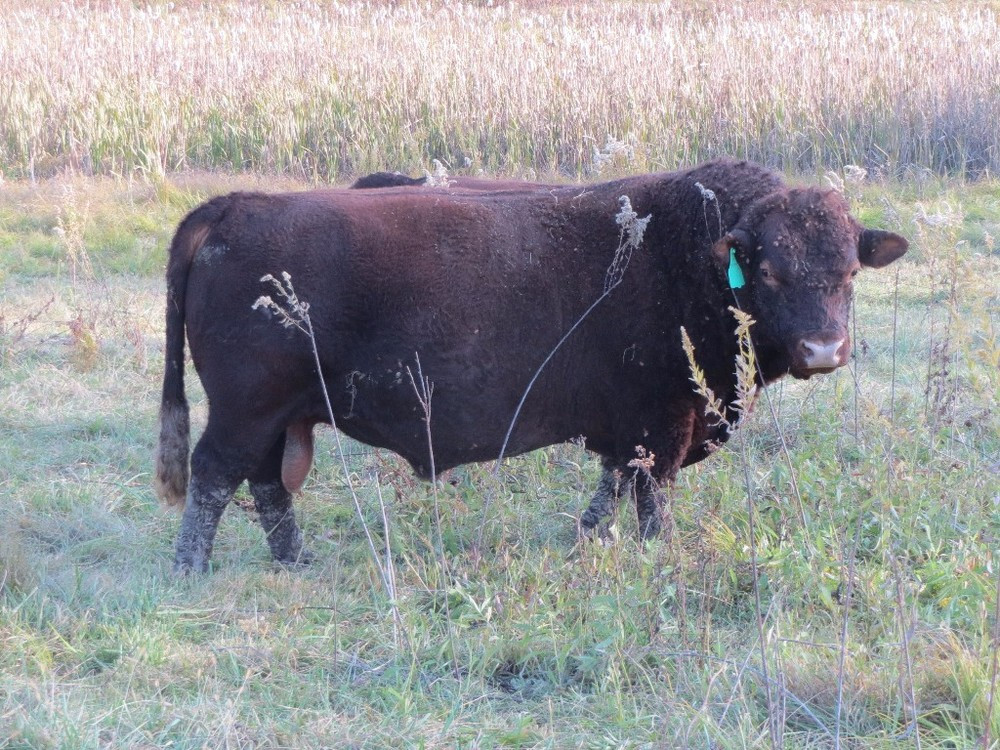 DIGNITY OF LABOR: EPIC MOSAIC MURALS, ONCE AT UNION TERMINAL AND NOW AT THE AIRPORT, DIGNIFY THE WORKING MAN. 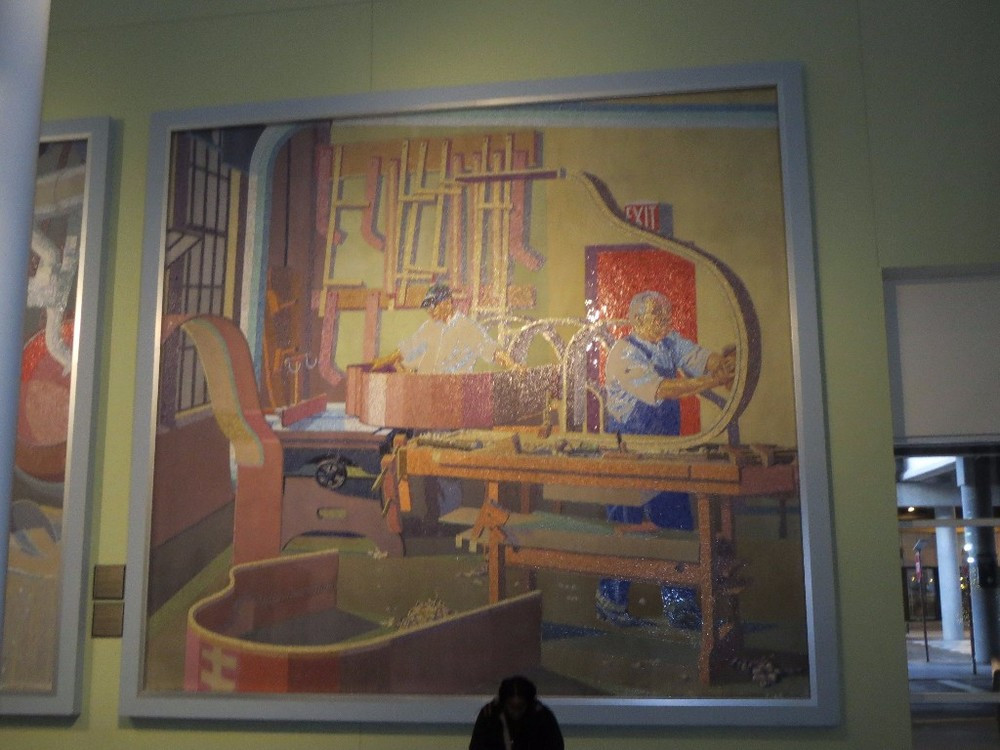 DECEMBER LAMB: AS THE MONTH TURNS, EWES AND LAMBS, ARE DEEP IN GRASS, PREPARING FOR NEXT STEPS. 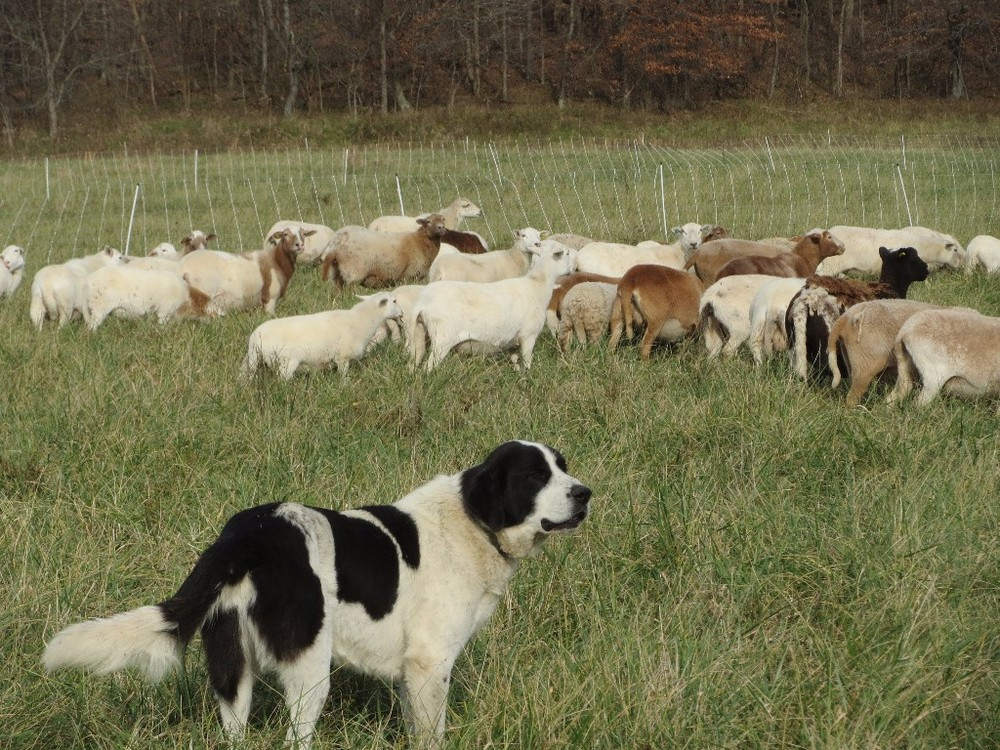