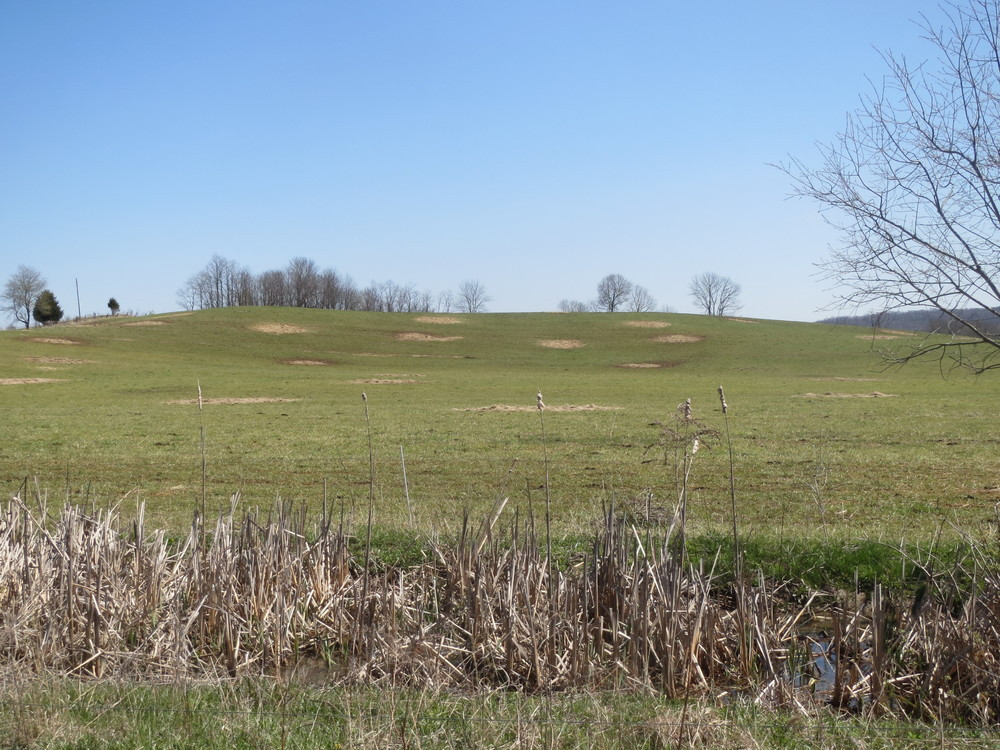 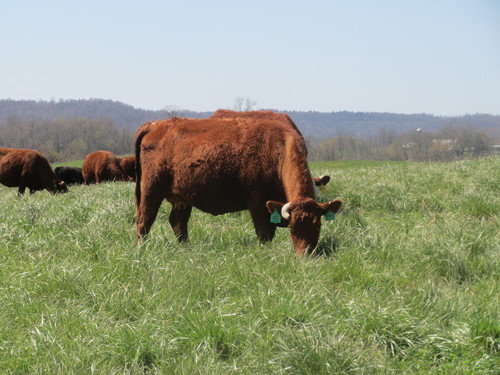 Opening Day at the farm is almost as important as it is on the Riverfront.

Cows leave behind grazing of expensive stored hay on hillsides for grazing of abundant growing grass in the bottoms. Everybody celebrates, and if there were enough of us, we'd even have a parade. Actually, when livestock move any distance, they do so in a line, and the parade is formidable. Last year, Opening Day was May 1; this year April 10.

The pictures below are of Landis' dairy cows upon a new planting of pasture on their first day of grazing, which was yesterday. The pasture is dense with volunteer tritacale, orchard grass, fescue, alfalfa, white clover, and red clover. He planted this mix after harvesting triticale, which followed the planting and harvest of organic corn. On our side of the farm, we try not to replant pastures, while he is doing more of that. His ladies will certainly produce a lot of milk off of this seeding, which will make him smile. 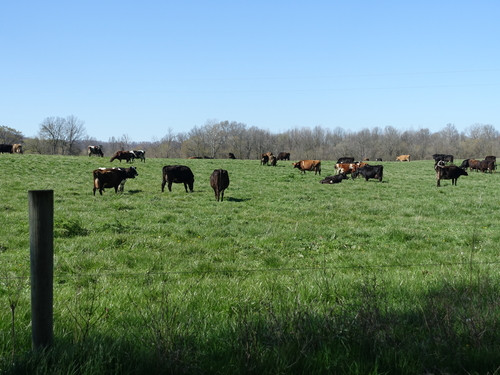 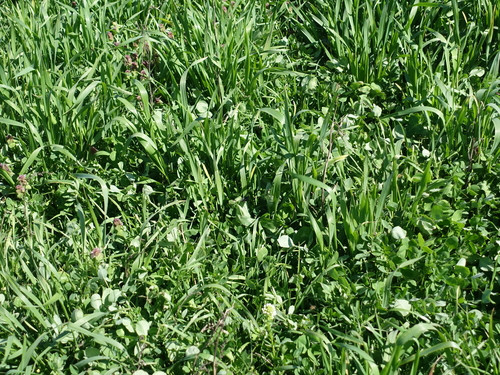 The dawn of April not only brought Opening Day to the farm, but also the planting of another 4,000 trees bordering our wetlands, during the course of 2 1/2 days. We planted 8,000 last year and 18,000 in 2008, all under the effective leadership of Jacob Bartley, of Plum Hill Ecological Services. 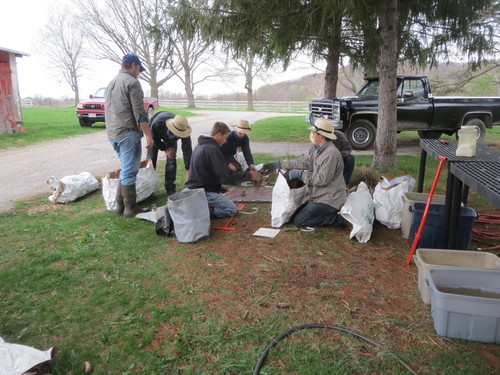 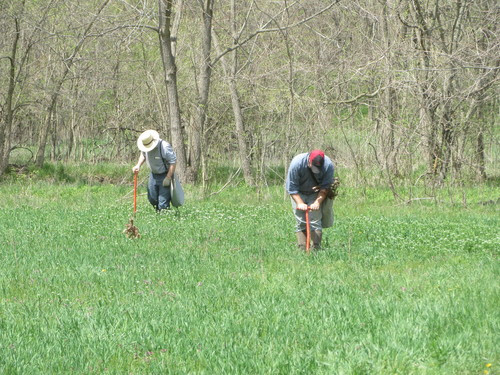 We also were surprised with snow this past Saturday morning. 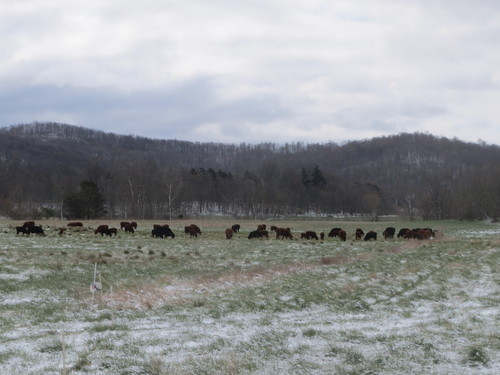 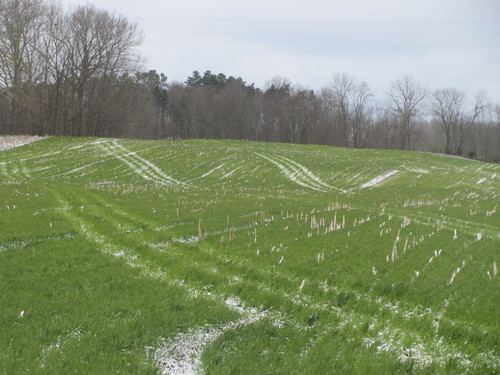 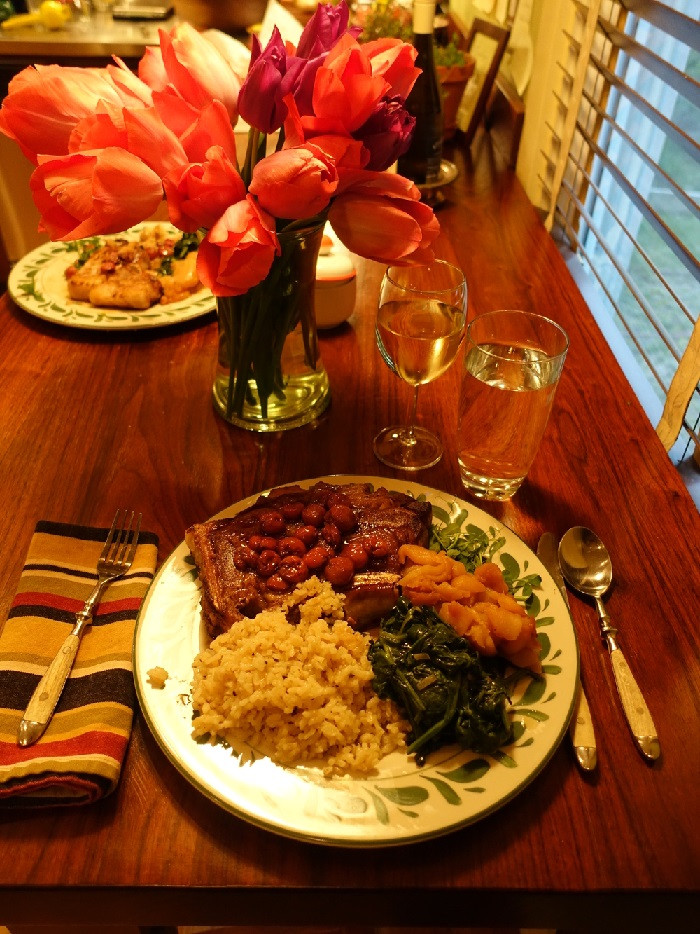 The above pork chop was accompanied by spinach, rice, and apples, with a cherry sauce on top. The 1 1/4" chop was particularly succulent. Inquiry into technique employed by Susan's Soulful Kitchen revealed the chop was submerged in a salt-and-sugar brine for an hour or so, before being pan-fried. Brining seems to yield particular benefits with pork, more so than with beef or lamb.

We will see you this Sunday April 17 at Clark Montessori.

The summer market opens on May 15, back on the Square. We will have in place by then the subscription service for prepared meats we have been anticipating.

May the opening of every day bring abundance to you, 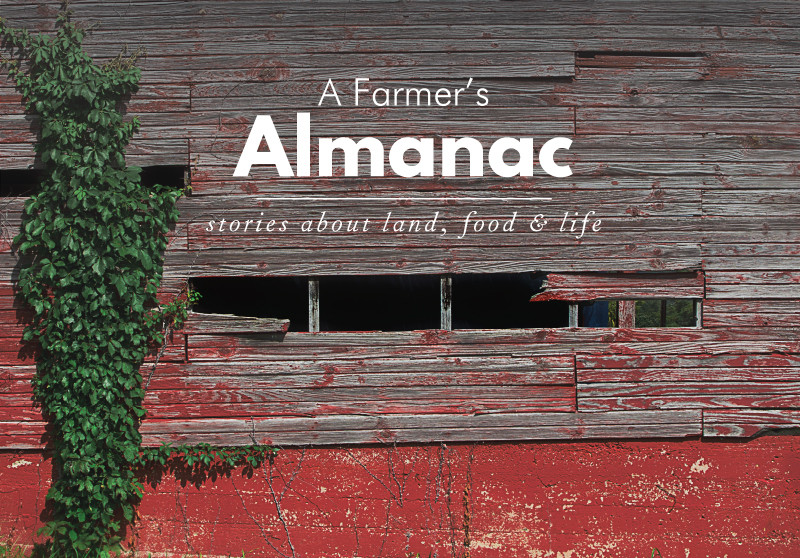 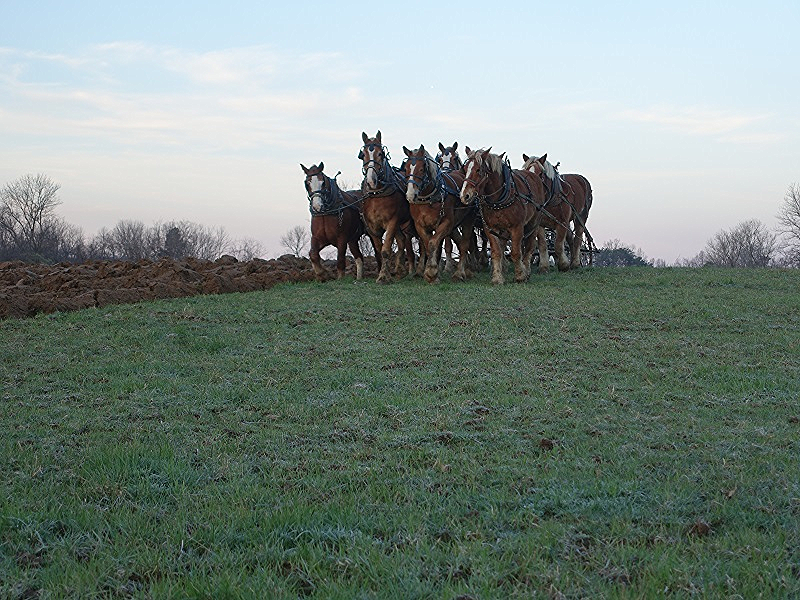 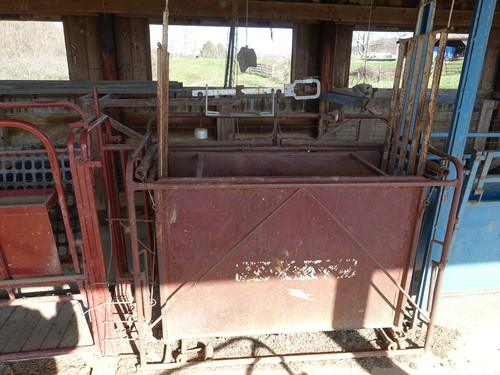 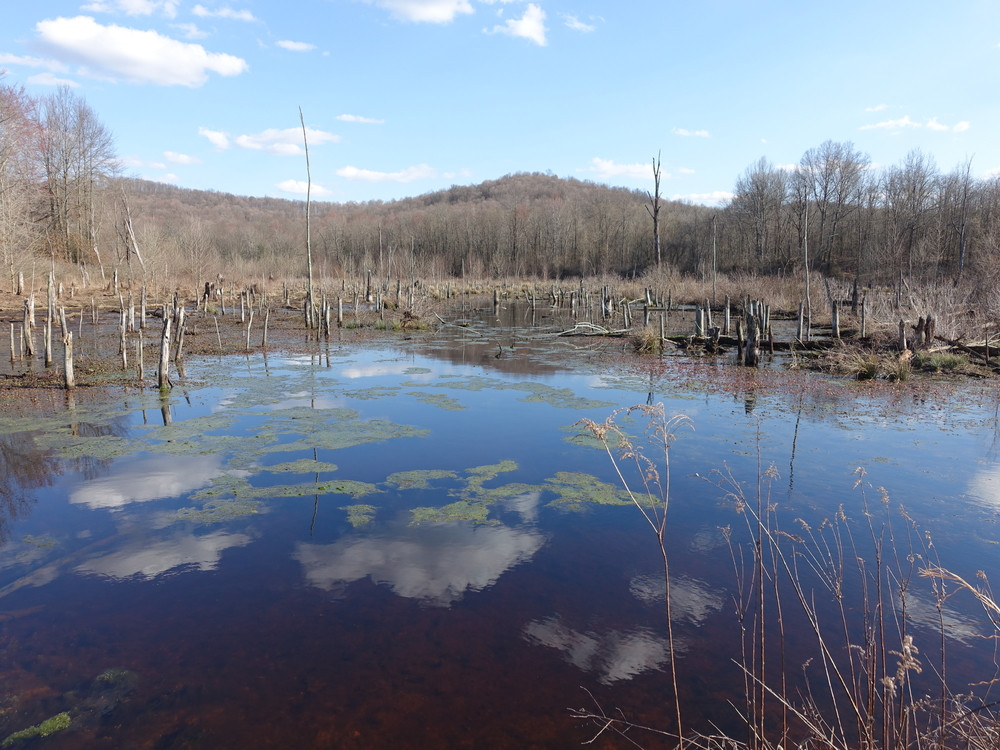