Snow invites us to ponder where we have been and where we are going.

It reveals steps we take for granted but rarely observe in such a stark form as bold prints on a white landscape. These beautiful and delicate footprints were left behind probably by a red fox, making his way from the past to the future. The tracks seem so certain, yet mysterious. How can a being maintain such clarity in the face of duress? Where had the fox been, and where was he going, with his intent? How can a fox know so much, when we feel we know so little in the midst of a snow storm?

While snow covers the past, it does not erase it. One of the peculiarities of the past is it is always slowly turning, like an auger. If observed, it steadily reveals itself, fresh with quiet life rather than dormant in darkness. The past can be an anchor and it can be a liberation. If we can be as purposeful as the fox, we may find it liberating.

Where have we been and where are we going? Answers to both seem to change with time, if we let them. So much is gleaned from incremental observation. The light of the future keeps bending through new prisms, as we step forward one increment at a time, revealing new truths to behold. These truths are unpredictable, and are engaging to the curious, revealing the magic of life. One often ends up in a very different place than ever anticipated, even though hewing to a seemingly straight line. Tracks in the snow reveal how hard it is to maintain the straight line. And isn't that for the better?

In the midst of the snow storm, this good fellow showed up at the hay barn, half a mile from his two compadres, whom he had left behind. The snow depressed the polywire and he stepped over it, to make tracks down the road, just following his nose. He could have ended up on the state route, but turned into one of our drives to chew on the same kind of hay he had left behind. So, we put him across the road with the ewes for three days, and yesterday walked him back to his brethren. I am continually impressed with and grateful for how gentle are Red Devon bulls. Walking him half a mile to the other side of the farm was totally non-threatening to me, whereas with some bulls it would have been impossible.

Now that the weather has broken, the sprint toward spring has begun! We have five projects to complete in the next month. One of them is installing inescapable and maintenance-friendly fencing to contain the ewe flock during the month of April. One of the challenges on an organic farm is keeping woven-wire fences clear of growth. Because herbicides aren't permitted, fences have to be maintained mechanically. Woven-wire fences are typically set on the ground, which prevents sheep from going underneath, but it also prevents clearing the fence mechanically, as woody species will inevitably grow within it. We have a mower that mows beneath fencelines, but needs 8 inches of clearance, which is enough for sheep to take advantage of.

Recent sheep fencing we have built is elevated enough for the mower, but does not insure against escapees. This tends not to be a problem during the growing season, because the abundance of grass distracts the sheep from looking to escape. But during the non-growing season, they always want a greener pasture.

So, our recent brainstorm is to cut a 16-foot hog panel in thirds lengthwise and attach the ten-inch section to the bottom of the woven-wire fence, as in the picture on the left. When it comes time to mow, we flip the 10-inch panel up and run the mower beneath, as in the picture on the right, and then flip it back down. This makes for a more expensive fence, but for certain locations and times of year, we think it will prove effective at holding sheep and allowing us to maintain the fenceline into the future without undue labor.

Another project is building a bigger and better brooder for baby chicks. With Landis' departure, the Calf Barn has become available. Mike has conceived of a plan for a new brooder therein. Footers for end walls have been laid. We will keep you apprised as progress quickly unfolds.Construction of the hog-handling facility is now back underway, as of this afternoon. It is hard to see the progress, but this first phase requires sinking 30 posts. Next, they will be cut to appropriate height, and oak boards will be attached. The holding-area and flow of livestock will then be visually more apparent.

Chris has been providing capable lead on these projects with support from Mike and our new team member, Scott, whom you will meet more fully next round. Their tireless work, plus the invaluable contributions of Bob and Beth, enable us to produce our products and make tracks to you, so we may all feel better about the food in which we partake.


Here are strip steaks, before they are cooked, marinating in olive oil and garlic. They are accompanied by fried rice, sauteed apples, and spinach and mushrooms. The steaks were notably tender and delicious.

Chris and I will look forward to seeing you on Sunday at Madtree Brewing. Place orders here until Friday midnight for delivery this Sunday.

As the snow melts, may we find the magic in our tracks, old and new. 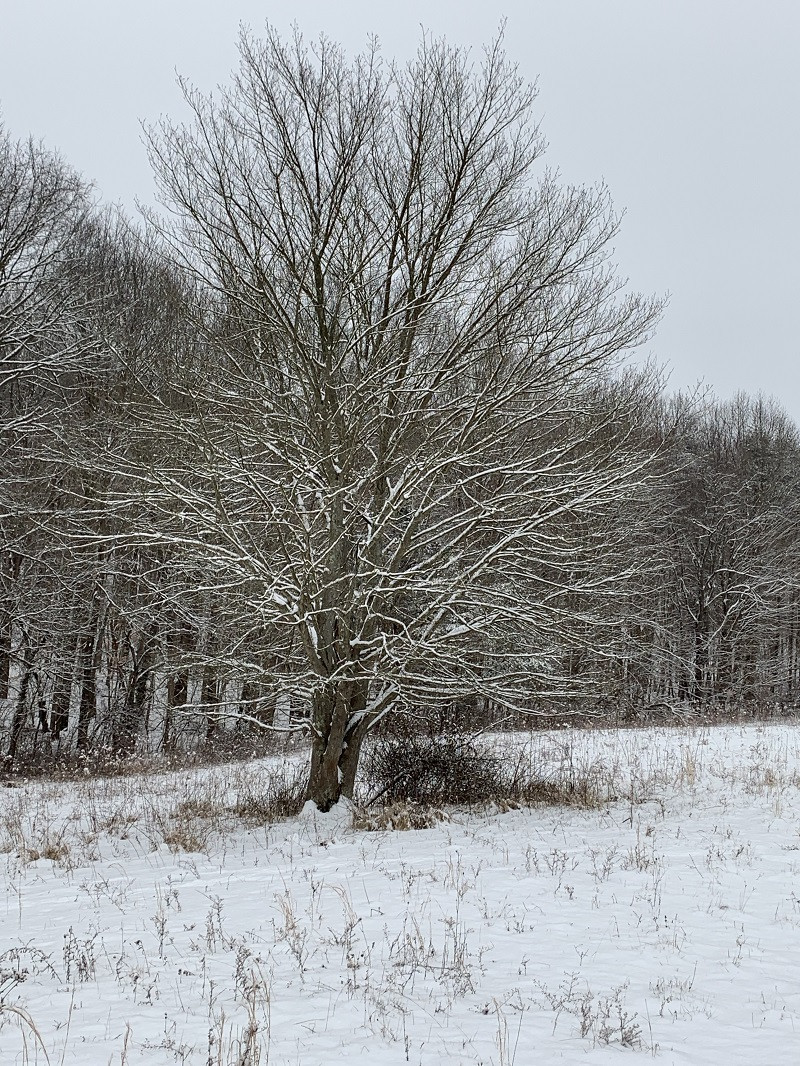 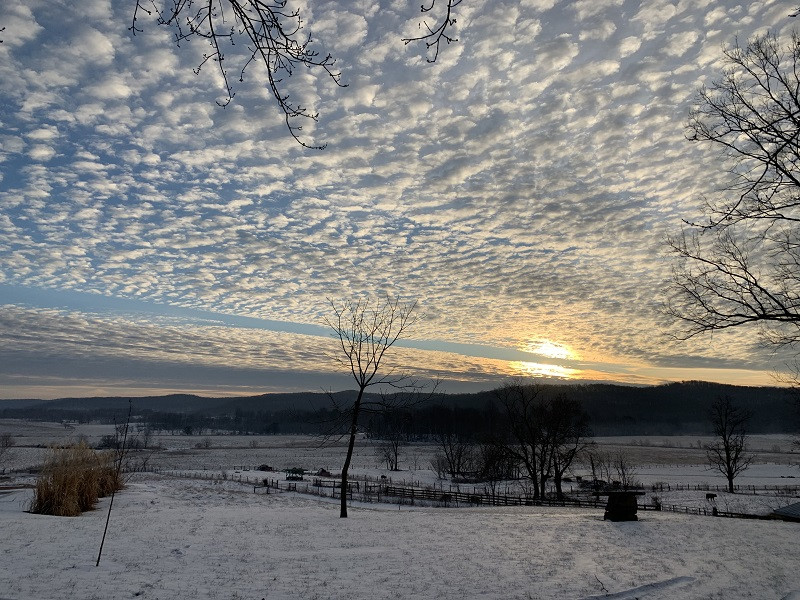 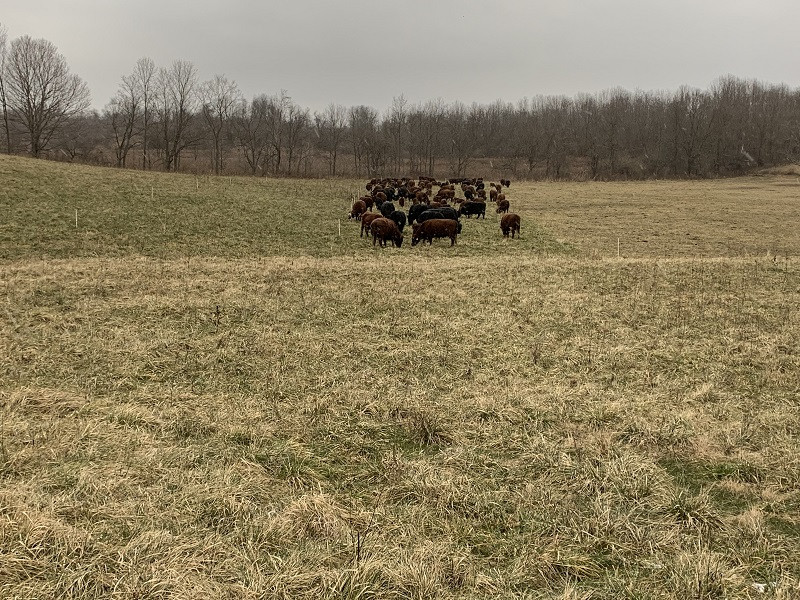