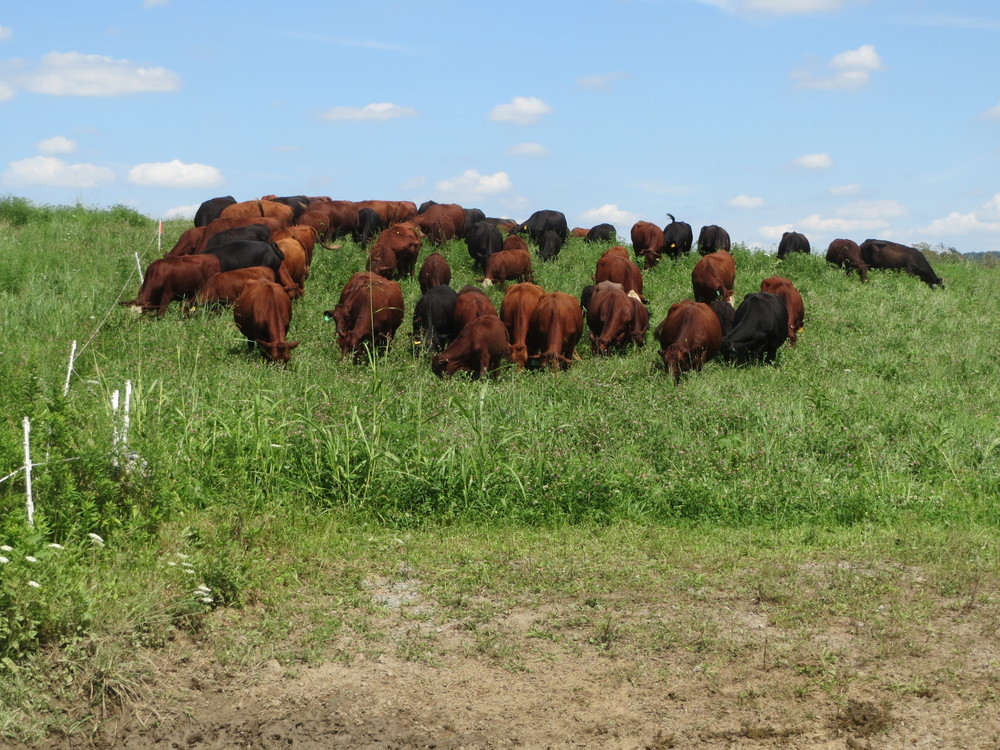 PLUS MILES OF MANURE,

I spent most of last week with children, siblings, in-laws, nieces, and nephews on the North Channel, near the Sault Ste. Marie, Ontario. The visit was brief, but dense with dialogue, both awkward and flowing, among individuals and as a group. During the long drive home, the recurring reflection was upon the unforeseeable value that percolates from these manifold conversations. One interchange consisted of a three-hour group discussion. I found myself ruminating on the magical powers that arise from such discourse.

What is the relevance of "discourse" to farming and food? Our primary mentor - Alan Savory (www.savoryinstitute.org) articulates that economies centered on land and landscape which fail, do so, not because of adverse weather and prices, but because the people involved are not aligned in values, goals, and context.

Ascertaining this kind of alignment is the hardest work of all, far more than lifting stones. It requires skills not readily taught in schools - listening, validating, articulating, imagining, and projecting, among others. But once the alignment begins to dawn, physical efforts upon the landscape become coordinated, advancing progress of the whole to benefit all. And then the power of a common vision is unleashed.

Deep discourse is the soil's best fertilizer, but miles of manure, don't hurt! As witnessed below, we are composting manure and straw from Landis' calving barn to add organic matter to pastures. If we can both build organic matter and keep ourselves aligned toward goals, we are much more likely to outlast adverse weather and fickle prices. 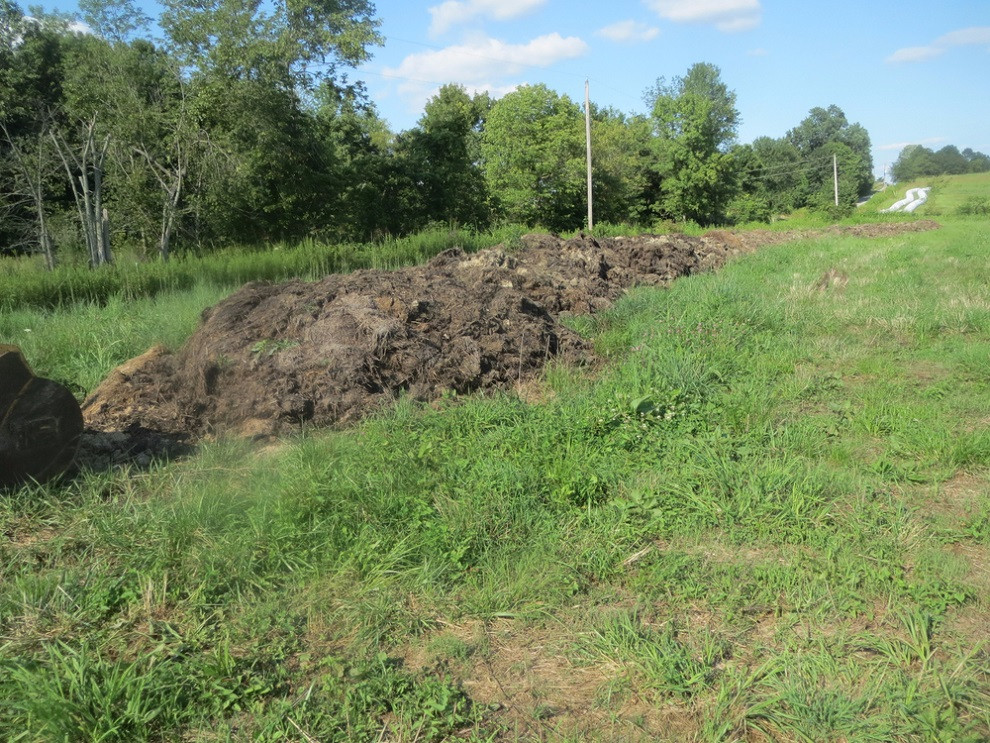 Manure and straw to be turned and composted, before spreading.

One of my most important roles on our farm is to entertain our two aging border collies - Dally (age 14) and Nick (13). This typically consists of their riding in the back of my truck, as I navigate around the farm, while they cast seasoned opinion from their throne. They rarely consent to performing low-level work, now that Bo has arrived.

Last Saturday afternoon, I had them in tow in the back of our Kawasaki Mule. We were in a pasture looking at cows, when boys from Wright-Patterson Air Force Base came roaring over the horizon, several hundred feet above, scaring the heck out of all of us. They circled several times, dropped flairs, and expended taxpayer-money engaging in other supposedly useful exercises. By the time they disappeared into the clouds, Dally had disappeared as well. The loud noise and intense vibration were more than she could bear.

We looked and looked, but did not find her until late Monday morning on the backside of the farm. She was totally disoriented, weak, full of burrs, and her hindquarters seemed paralyzed. We brought her to the house, gave her a bath, and tried to feel for the next step. She wouldn't eat or drink, and was having trouble breathing. It became clear she had come near to the end of her road. With spousal consent, I called the vet to make an appointment to put-her-down, But the line was busy, so I tried again, and while doing so, began picturing the scene at the vet's - green smocks, sterile syringes of toxic fluids, and mumblings of insincere condolences... None of that felt right, so I hung up the telephone, and decided to do it myself - the hard way, the honorable way.

Brendan lent me his rifle, and I took Dally to the graveyard, where Matonka, the once massive guard-dog, is buried. I laid her on the ground, and began petting and thanking her, while her dull eyes looked up and she fought for breath. I kissed her, found myself starting to cry, and kissed her again. After another thank you, I mustered resolve, fetched the loaded rifle, brought it to the appropriate place, and pulled the trigger. Within minutes, her living agony was over, and the body lay perfectly still.

I unloaded the shovel and spud-bar from the truck, and then began to dig. It took an hour or more to dig the grave in hard dirt, and while doing so, the three of us talked - her body, her spirit, and me. I could feel her spirit about six feet up, gently hovering and watching, as I dug and sweated and observed, in the heat of the day. Her patient body was so peaceful, lying nearby in the sun, in marked contrast to the agitation she had previously endured. This all felt true and just and profound, in its own small way.

By the time, I had completed the grave, placed her in it, and covered her up, I realized I had experienced the magic of discourse as never before. 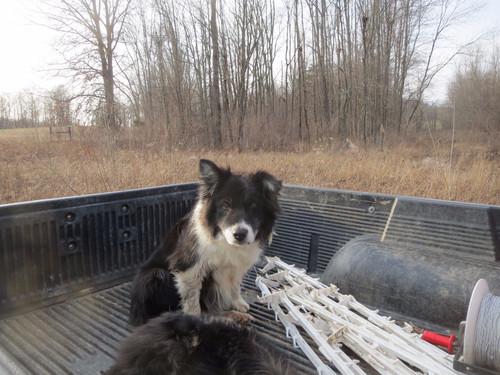 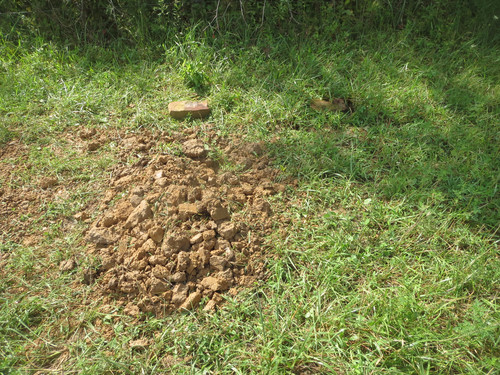 This week we have also been extending our underground watering system by 1,000 feet. As our cattle herd grows, we are needing more water under more pressure in 60 acres, than a 1-inch, above-ground line provides. So, we dug a trench for 2-inch water line, at the end of which stands a new cement pad, that will hold a 300-gallon tub in the winter. For a grazing operation, investments in water systems, such as this, and fertility of fields, as described above, generate the best returns. 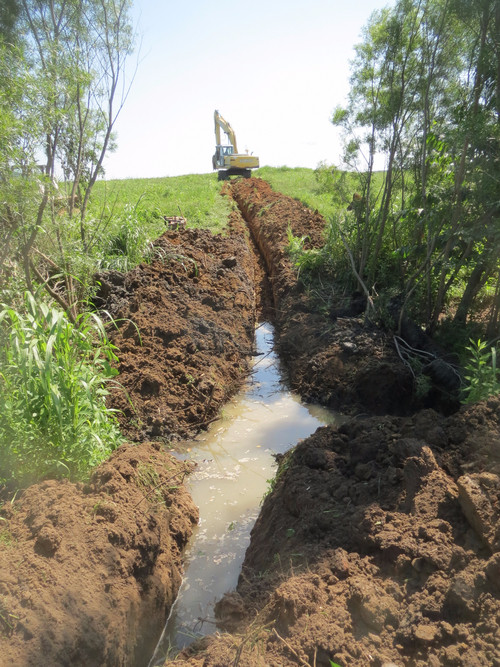 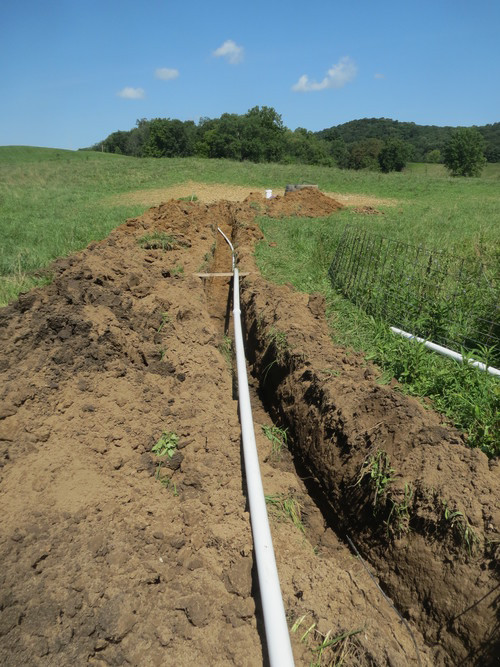 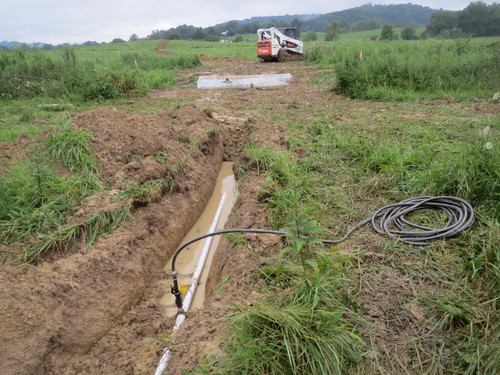 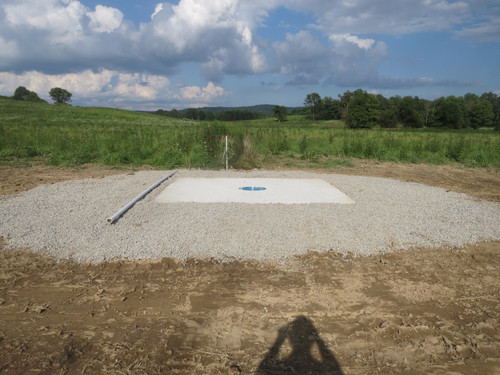 Below is Landis' eight-foot-tall organic corn, planted with horses in mid-May. During my several road trips this summer to Ontario and back, through Ohio and Michigan, no corn looked as good as his on our very own farm. Landis will harvest this by-the-ear, with horses, and then grind it throughout the year to feed his dairy cows, as supplement to pasture. 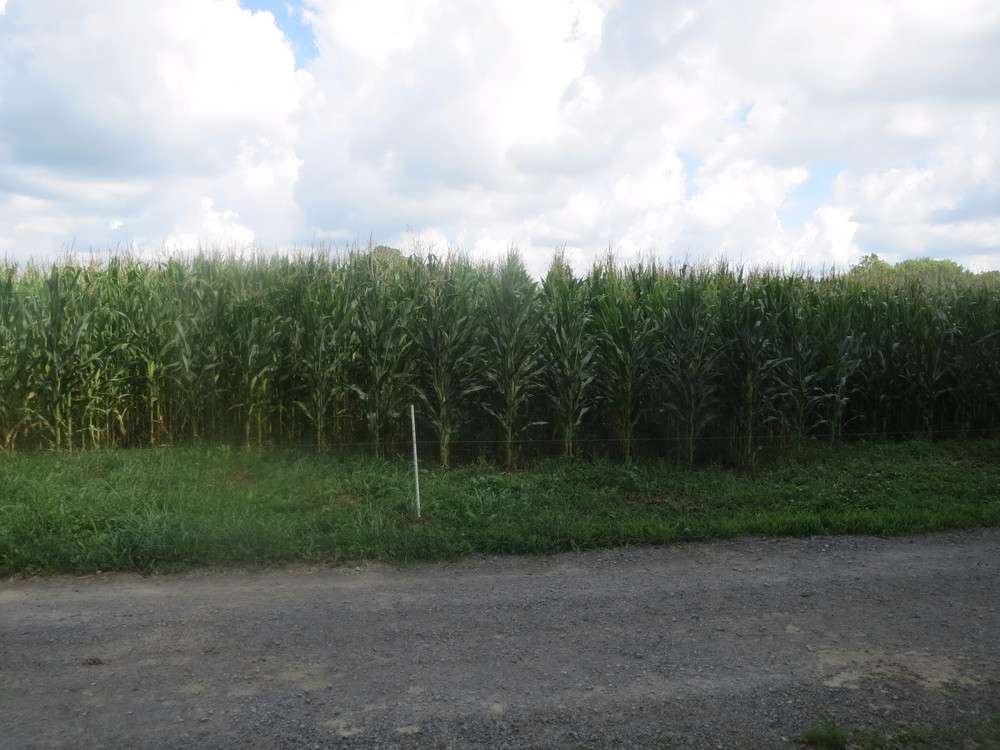 Below are two ribeyes we enjoyed last week. Everytime we have a steer or cow processed, we taste the ribeyes to make sure all is well with the meat. This was from a seven-year-old cow, and we are beginning to believe that age has its merits in steaks as well as wine and people. The ribeyes were some of the best we have had. The accompanying meal included: chard fritatta, corn on the cob, and a peach-and-melon salad, dressed with honey, cilantro and lime vinaigrette. 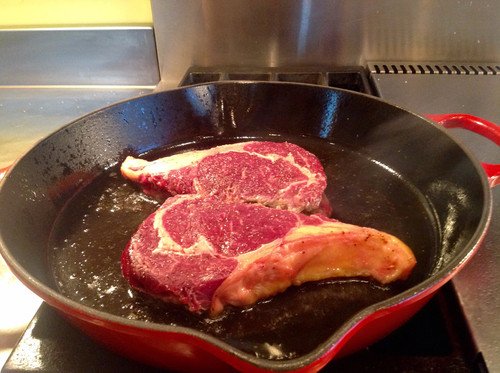 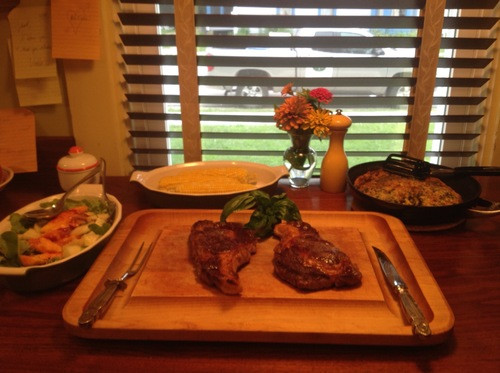 This past Sunday afternoon, after the farmers market, we enjoyed perhaps the most exquisite culinary moment of the summer, thanks to our colleague and friend, Tom Keegan, in part, and to Susan's talent, in addition. This is soft-shell crab from Keegan's, sauteed in Kerry Gold butter, and served with a wine sauce, including blueberries and peaches, atop a bed of Becky's micro-greens. The bursts of flavor were astoundingly subtle, rich, and smooth. 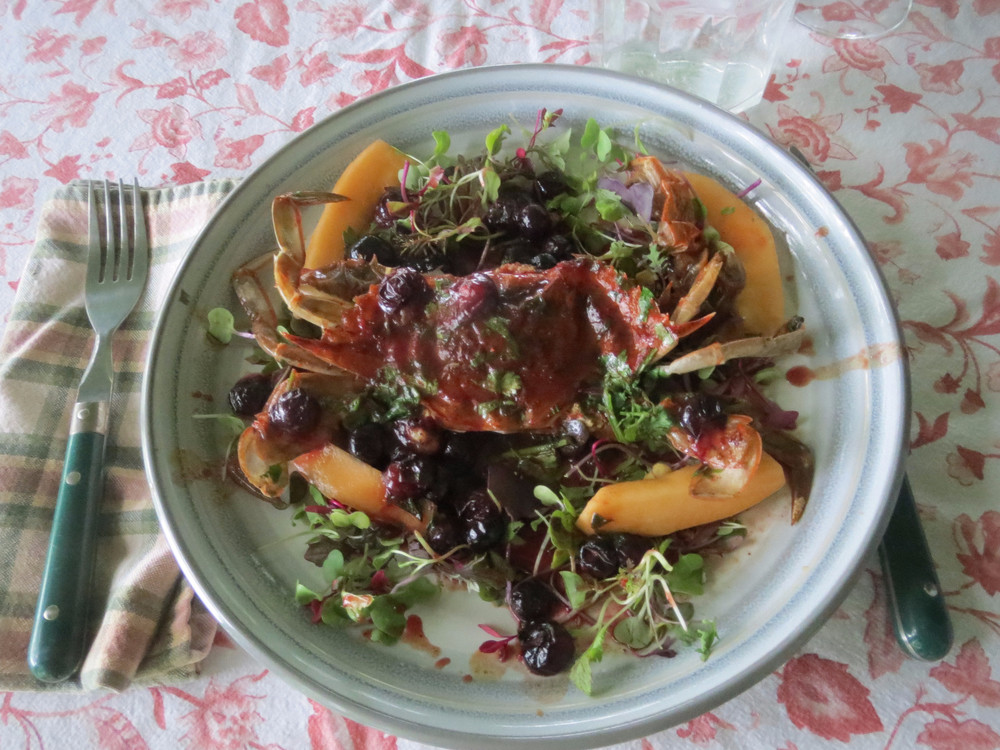 This newsletter is longer than usual due to my missing the past two weeks. I considered dividing it into separate parts and sending them out later, but life on a farm is like a flowing stream. It doesn't respond well to being arrested and segregated into parts. So, here it all is. We are now caught up, and we will be ready to share the anecdotes of next week in smaller increment.

Speaking of next week, on Wednesday the 19th, we will be delivering to Bellecrest & Pape Avenues at 4:00 PM. Orders for this delivery close on Sunday evening, and may be placed at: http://grassrootsfoods.biz/on-line-purchasing.

We look forward to magical discourse with you this Sunday and every Sunday at the Hyde Park Farmers Market.

MEMORIAL FOR A FATHER: IN TRIBUTE TO MY FATHER, who passed away a year ago, 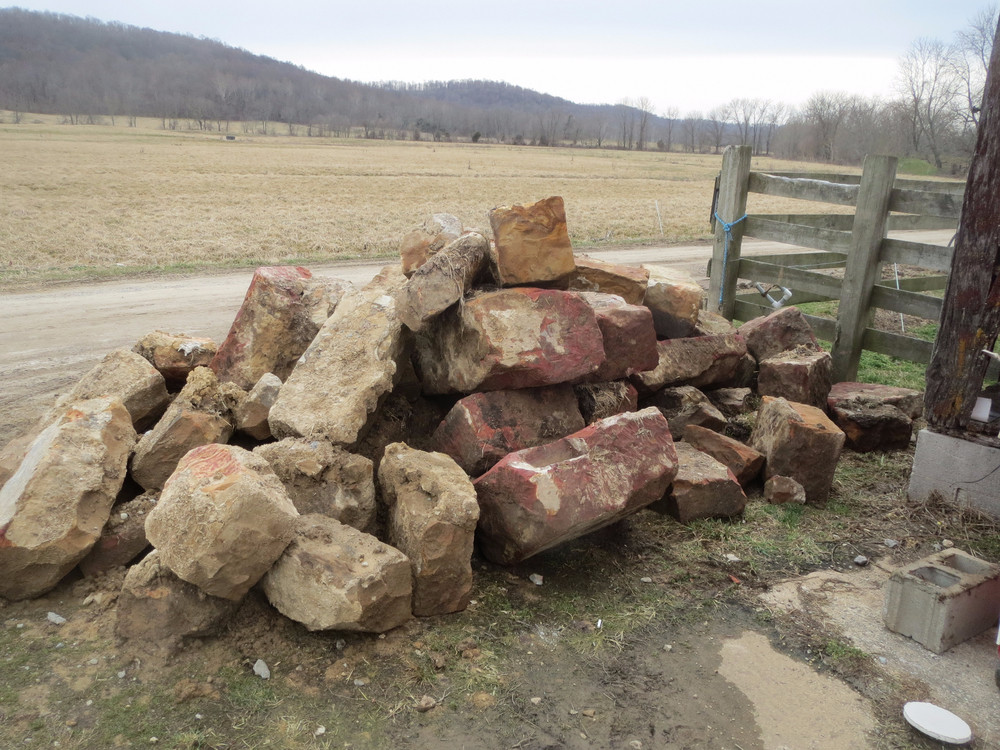 ROOTS IN ROCKS: THE HEMLOCK TREE ON THE LEFT AND THE SMALL BLUE FLOWER ON THE RIGHT HAVE SUNK ROOTS INTO GRANITE. How did they achieve this amazing feat? 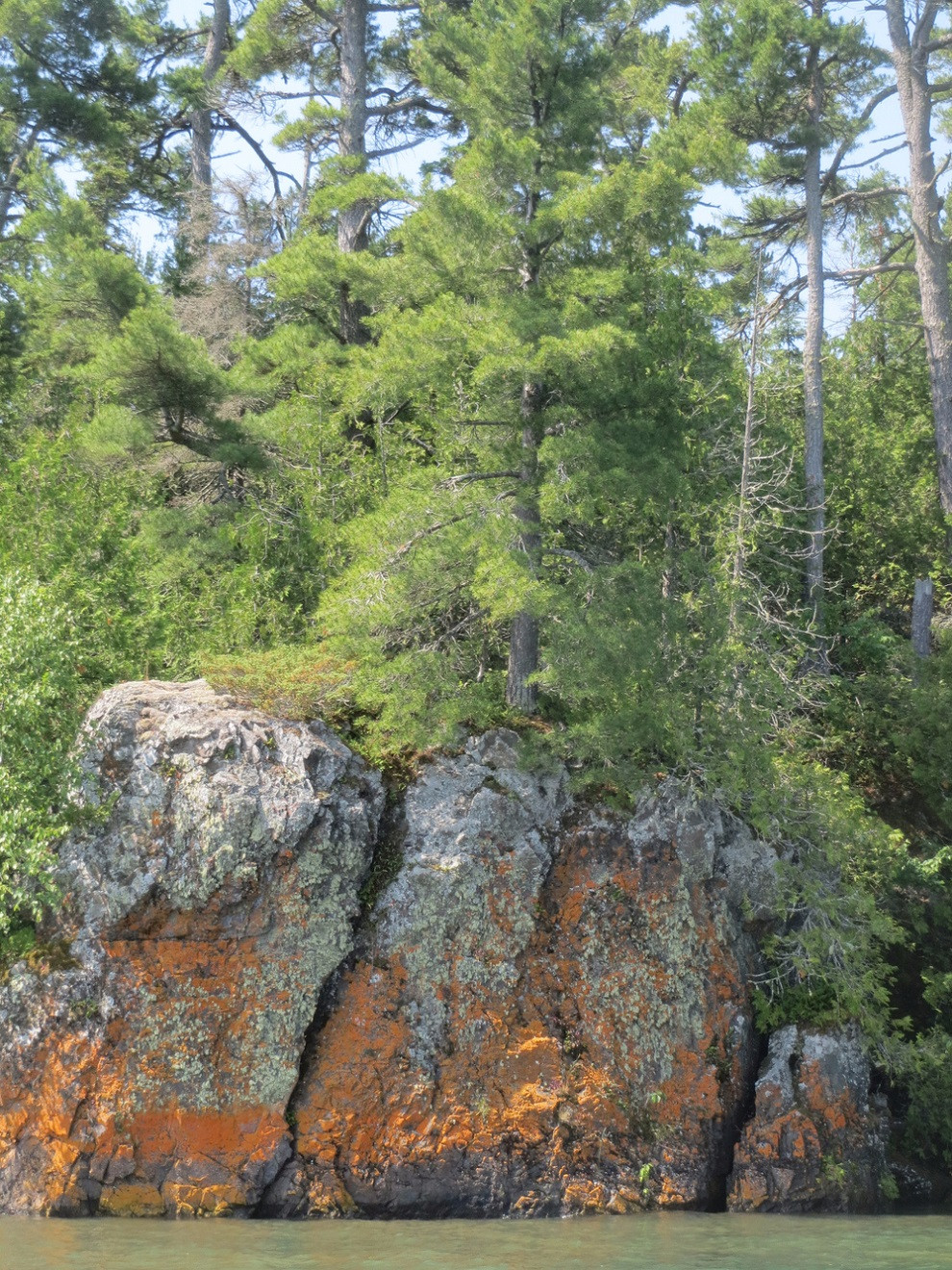 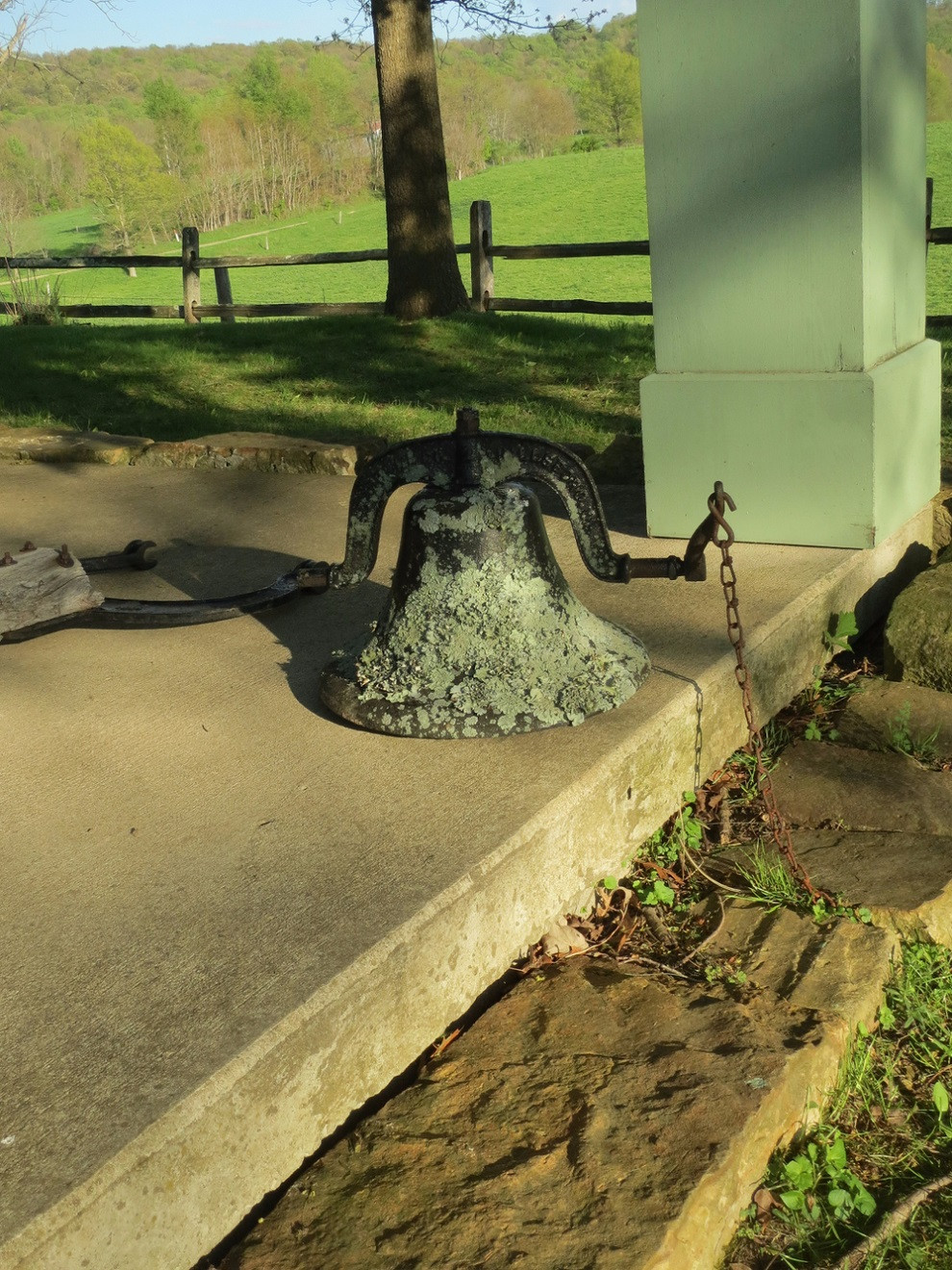