Since being locked out of the Hyde Park Market two months ago, our perspective on our business is evolving. Despite a devoted group of faithful and essential customers, our sales are registering half what they were a year ago. Financial flow has diminished, which is of note to those close by. It takes time and investment to develop new customers to replace walk-up traffic at a busy market, and in the meantime, one bears the consequences.

Our livestock hauler recently inquired, with wide eyes, what has happened to our flow of animals. Last year at this time he was hauling three times the amount he is hauling now. That affects him personally. Same for the meat processors. What has happened to your business, they ask? Three years ago, we started building our beef herd to meet demand of the HP market. Half of the animals for that market now stand idly by. What do we do with them? Also our employees. Two have recently given notice that because of financial uncertainty, they will be reluctantly but prudently returning to safer employ with large corporations. I am reasonably sure these actions would not be unfolding were we still in that marketplace.

At the same time, we are approaching seventy years of age, hard as it is to believe. Trekking 85 miles to a market and back over a ten hour day is physically demanding and somewhat dangerous with our large trailers. Managing a business with so many moving parts as this one has is highly demanding and unrelenting. People eat every week, and no respite is provided from the profound and ancient cycle of growing and delivering nutritious food to caring people.

So, we ask ourselves, is it time to let this wondrous work go? Can we bear to do so, given how much it means to us? That would be difficult. But do we have the physical, emotional, intellectual, and financial strength to reinvent our business and go another round? Can we do it quickly enough? Do we have the heart for reinvention? Are we interested enough in mastering digital media to do so? Do we want to develop a nationwide shipping business?

We have been privileged to work with nothing but remarkable and excellent employees. Each has made us decidedly better, but it has proven a challenge to keep them in the fold. Do I have the physical and emotional strength to fill in for those departing while we find replacements? When each leaves, a part of ourselves leaves with them.

And then there is this - those grandchildren! Below Lyra is thrilled to be summiting large bales of hay and Leo and I are contemplating the future. Two others reach into our hearts as well. Both my father and uncle had strokes at my age, and I don't want to tempt fate by acting younger than I am, and perhaps be forced to forsake that which is precious and fleeting.

But the food is so good! And the interactions between the animals and land is so compelling and the relationships with customers is profound and nourishing for us. How do we give that up? We aren't sure we can entirely, but rather seek another version of the theme.

How is a marketplace defined, particularly one centered around food? Is it not a celebration of spirits, those provided by hardworking farmers/vendors meeting the spirits of discerning and loving customers. This meeting of spirits creates a catalyzing union, which proclaims how good life can be. It honors rich soil, hard work, high nutrition, great taste, and respect for the body, along with beautiful relationships that develop over inspiring topics. Can anybody "own" this process in order to regulate it? No, it is a magic of its own. It is a fool's errand to try to own it, which effort quickly erodes the spiritual exchange. Such effort at ownership is underway at the HP market, unfortunately.

This can be remedied by changing the legal structure of the market to a not-for-profit. This simple change would provide transparency and equity, and would far better protect the sacred bond between farmer and customer.

A wetlands is a marketplace of its own. It is full of complex relationships and customers bargaining with vendors at all hours of day and night. Left unleashed, it works beautifully. Standards have to be met to insure its sanctity, as with any marketplace, but once they are met, the inertia within takes care of itself, growing ever richer. The evolving dynamic within the ecosystem is a wonder in itself, and is not be owned by anybody. It is best enhanced from the side, rather than from above.

We now see ourselves scaling down rather than up. Until two weeks, it was the opposite. One of our goals has been to provide enough "scale" that we would have created a business rather than just indulged a passion. Implicit in that is the opportunity for a number of capable young farmers to earn a good living on our land. We hit a tipping point several weeks ago, and realized we probably won't achieve that goal. That is disheartening, even somewhat depressing. It is so important that rural land be able to generate prosperity for farmers who respect the whole and care for the environment while producing excellent food. Otherwise we are left with the industrial food system, which we know to be toxic.

But a singular effort can't address all issues. It was probably egotistical to think we could. So, have we failed? We have come short of achieving "scale", which means as a business we won't sustain ourselves. Is that failure? It depends on the lens. From a business perspective, yes. But perhaps our vision and passion and endless commitment to excellence is more a work of art than a work of business. Works of art do come to completion, and can endure beyond most businesses. Perhaps it is time to consider our work of art complete, to let it hang on the wall and find satisfaction in its magnificence.


As the flock of sheep ruminate in the shade, so do we. What is next? When one lets go, unexpected returns arise. So, we stand ready to embrace the unexpected.

We are meeting with a young couple who run a business very similar to ours in our region. We have invited them to consider moving their operation to our farm. They bear no illusions about the nature of the work, and we would support them in all ways possible. This would require a large structural move for them, which is always complicated.

If such scenario doesn't unfold, we could simplify by selling off the poultry operation and buy poultry from the young couple. We'd also scale way down with hogs and sheep, but keep the beef herd to massage the land. We'd keep the kitchen going and have product for us and core customers, but not try to grow the business. We'd attend some markets but not as many as in the past. In the meantime, we develop more wetlands to witness nature's perfection. Such scenario could work.

In the end, we don't know what will come back by letting go, but one thing it will include is grandchildren!

Here is an exquisite bowl of pea soup! Have you ever had pea soup? Susan made this in June of fresh peas, cream, and chicken stock. It is delicious either hot or cold.

We thank you in advance for standing by us. Every order makes a difference, especially as we assess what the sunrise is offering. We stand in its release. 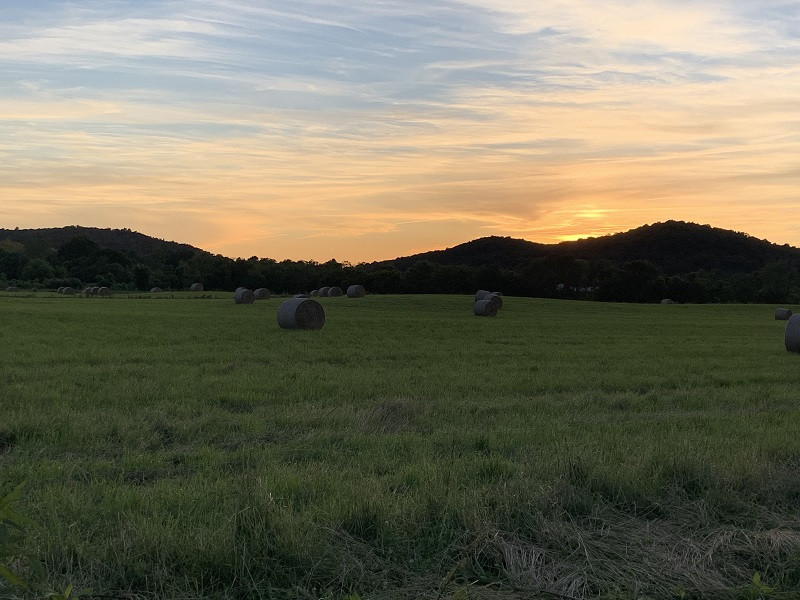 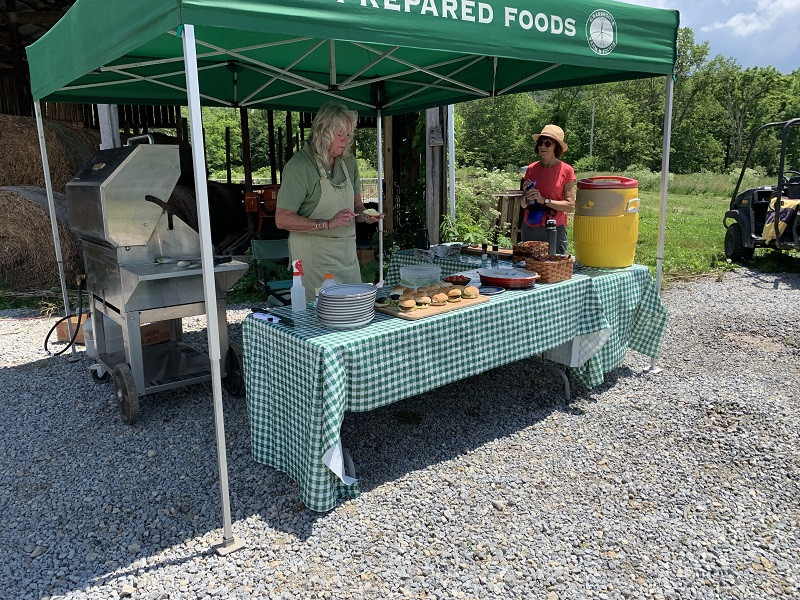 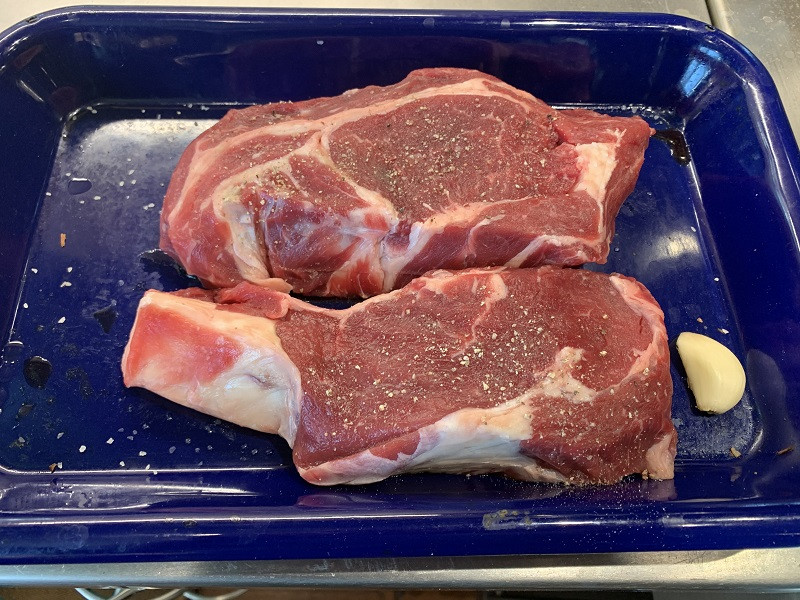