LABOR VS. CAPITAL: THIS PIECE OF NEW EQUIPMENT IS SAVING TIME AND LABOR. 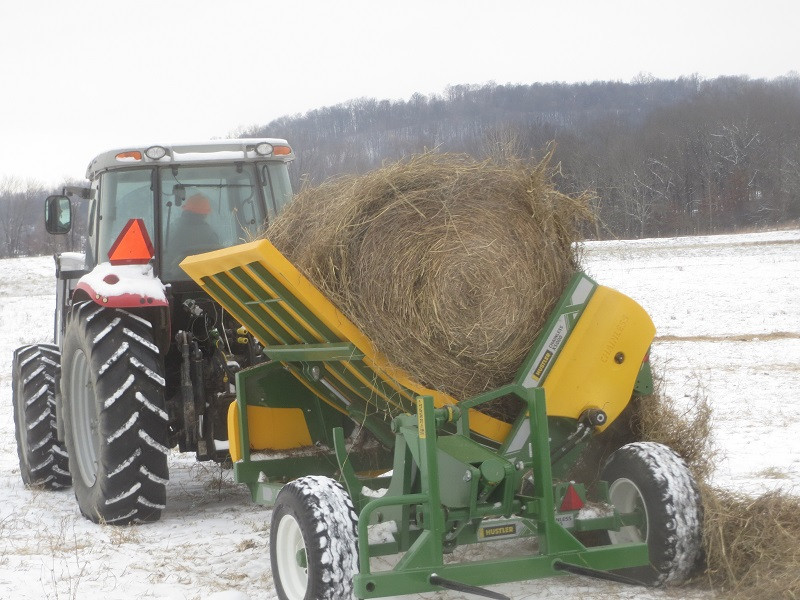 THIS PIECE OF NEW EQUIPMENT IS SAVING TIME AND LABOR.

Is that a good thing? Do we want to replace labor with capital? Employment of people is central to well-being of society. What kind of work for people is enduring and constructive? What is the balance between labor of the back and labor of the mind, that sustains the laborer? In how much equipment should the "capitalist" invest to replace labor? Employees represent an appreciating investment, whereas equipment is always depreciating. How does one strike a balance between the two? Clear answers don't present themselves. Often theory and reality diverge, and one can be forced into decisions because of circumstances.

This new hay unroller is designed and manufactured in New Zealand, and suits well the aging operator, which may be a trend on our farm. We were the first to purchase this unroller from the local dealer. Unrolling hay is preferable to leaving a round bale in one place, that will turn to mud and take two years to recover, and is less stressful on livestock. So, when we feed hay, we try to unroll it, in most circumstances.

Below on the left is the old unroller, which requires rubbing the bale against the surface of the ground to induce unrolling. Toward the end of the process, the core of the bale usually becomes stuck in the short spikes, requiring a generous amount of cursing to resolve. 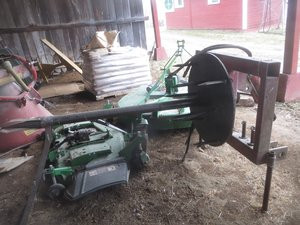 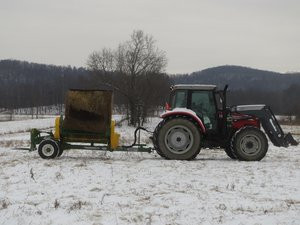 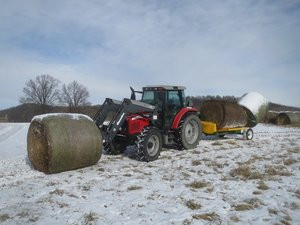 The new unroller is considerably more sophisticated and effective than the old. One can carry three bales to the field instead of two, and the extra bale can be lifted onto the platform without leaving the cab. Plus it drops hay on the ground, rather than rubbing it into wet or muddy surfaces. It is more complicated, boasting of nine grease-fittings instead of one. And it has eliminated most of the cursing that used to go on, allowing the golden-age set to participate without embarrassing themselves so much. 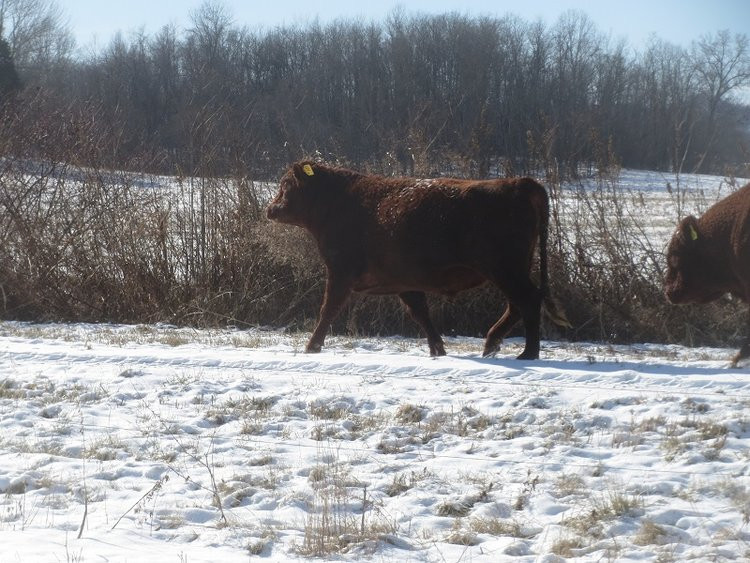 Here is the new yearling bull who arrived about a month ago. When he arrived, he was out of his senses, jumping gates, running along fencelines, and over-reacting to people. The road-trip from Virginia obviously disoriented him. So, we brought an elder statesmen in to teach some manners and calm him down. That being accomplished, they are now heading down the laneway to join the cow herd and three other bulls, for the last three weeks of breeding. We have learned the hard way that having inferior bulls and not enough of them provides very poor economy over both the short and long runs. 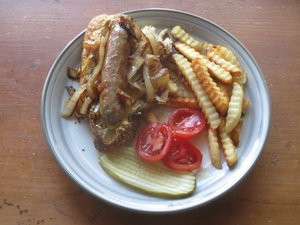 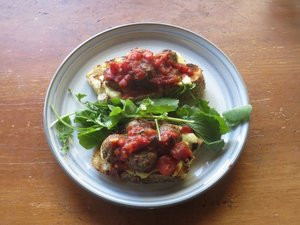 The above hot, open-faced sandwiches are served on Blue Oven bread for lunch - Italian sausage & onions on one and meatballs & tomato sauce on the other. Such sumptuous fare disappears quickly, after a cold morning of tending livestock. 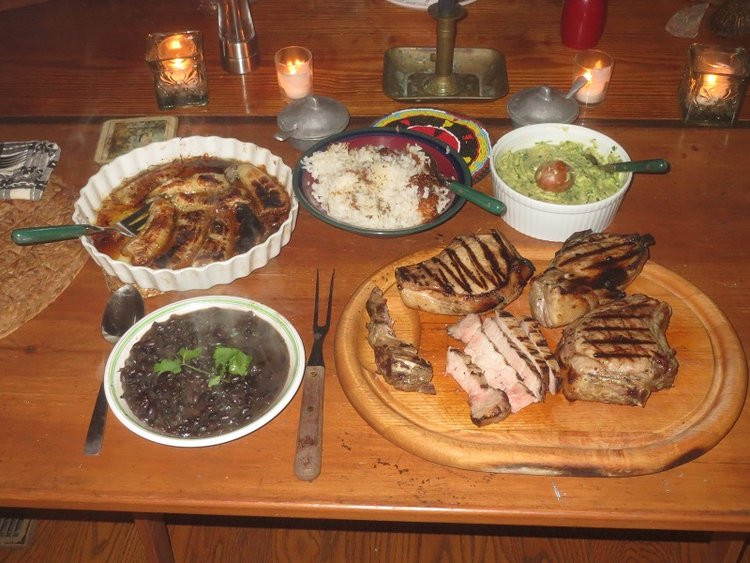 The above meal represents Susan's latest Table Travel, this time to Cuba, which we were most grateful to visit this past sub-zero weekend. Served at the romantic resort were: black beans and rice, guacamole, brined pork chops, and baked bananas. What a meal! And what a timely visit to the Caribbean. We went looking for a beach, but to no avail, as that wasn't included in the package.

Baked bananas are an old culinary eccentricity and tradition in our family, as part of it hailed from New Orleans (before emigrating to Cincinnati) where the fruit was plentiful and baked often.

We look forward to seeing you this Sunday at the Winter Hyde Park Farmers Market, at Clark Montessori, 10 -1.

In the labor of nutritious food, 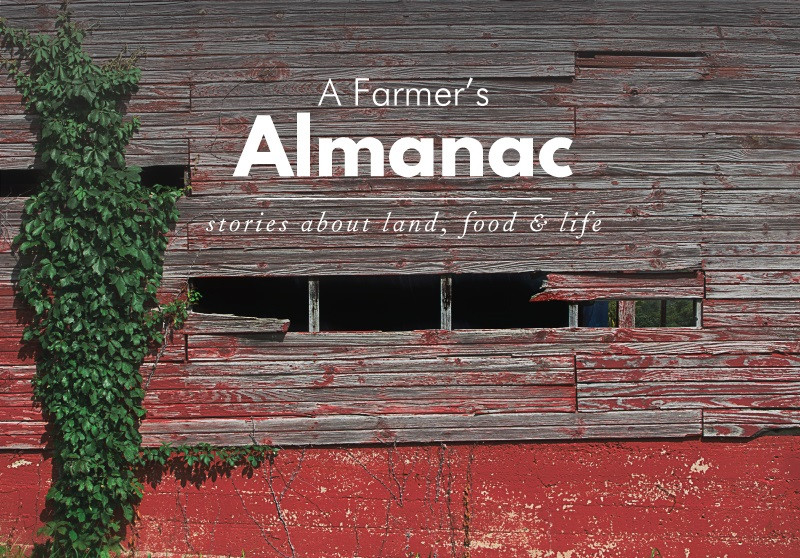 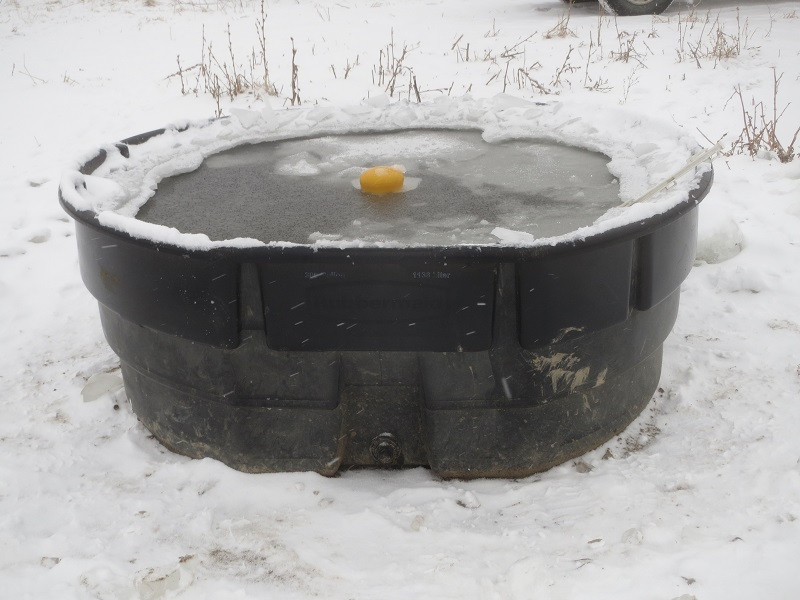 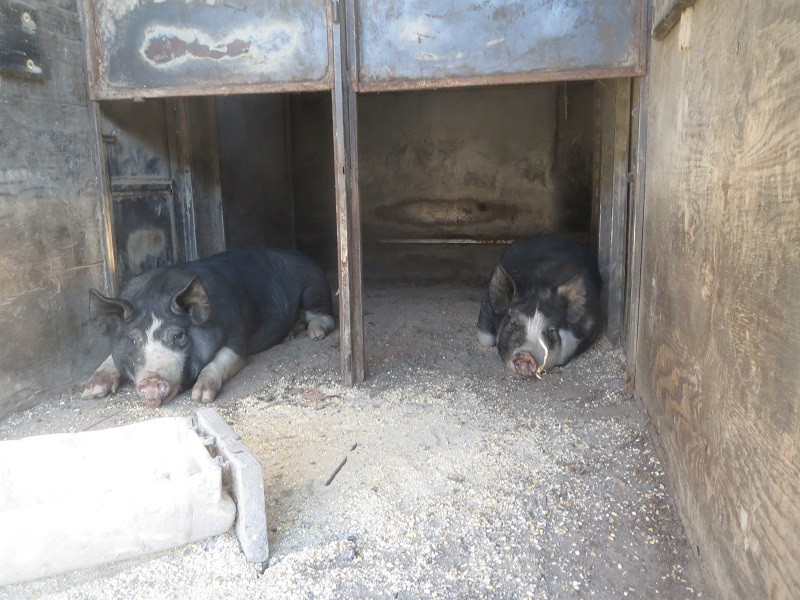 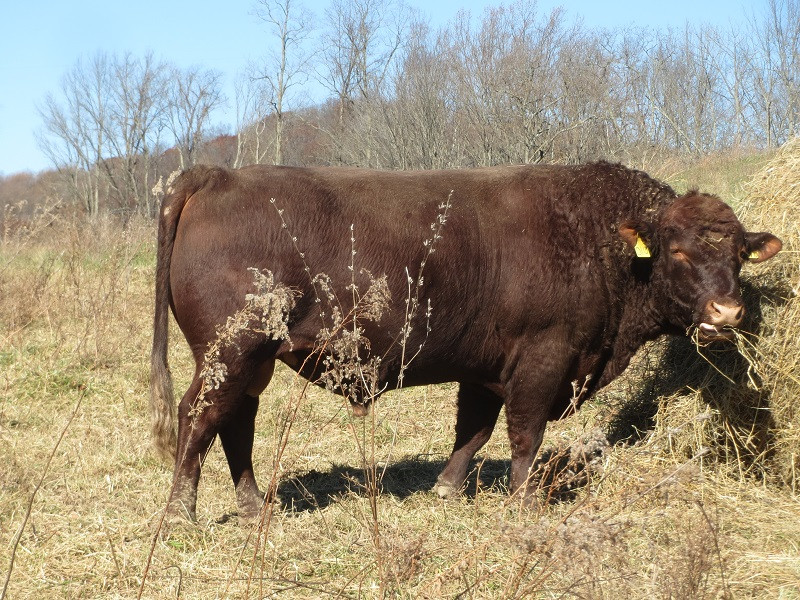