The cool mist of dawn gave way to a hot morning yesterday.

By 11:00 AM, the sheep were under the shademobile, waiting out the heat.

But by 5:00 PM, it was raining and temperatures had fallen 20 degrees.

As so the variability of the day goes.

Sometimes the rapid change of pace leaves one feeling solitary. Bo wonders why he has to lay around on the porch, rather than corral sheep.

Several days ago, we received a call from the neighbor that sheep were on the road and heading toward to the busy state route in front of the farm. This group of yearlings was in a pasture near the woods, and they were looking for shade from overhanging branches. In so doing, they found a hole in the ancient woven wire, and by 4 PM had wiggled through the hole to freedom and Frost Rd. below, where the neighbor encountered them. Bo and I set out to amend the situation. I sent Bo right at the sheep, which is a bit risky, but there was no other way to do it. They started running in front of him toward the state route, but he was faster, and just sprinted past the flock to one side, turned, and positioned himself in front of the 40 yearlings coming headlong. They came to an abrupt stop, wondering what exactly had happened.

Then we had to decide how to return the yearlings to the pasture, via the long route through laneways or the short route, back through the woods and the hole in the fence. The latter would be like threading a needle, but it would save considerable time. While pondering the dilemma, the sheep returned to the woods of their own accord, so we followed, and were eventually able to discover the opening through which they escaped.

With Bo to one side and me the other, we positioned them right in front of the opening. Bo was masterful in that he didn't over-pressure them nor back off. If over-pressured, sheep explode and take off in all directions; if under-pressured, they wander off. As we stood there with them, in a stand-off, eventually, one yearling found the hole in the fence and worked its way through. Then they all followed, one at at time. I didn't give Bo any commands. He knew exactly what to do, somehow.

That kind of excitement makes life on the porch seem pretty tame.

The hole was remedied by a small section of hog panel wired in place, which I executed while Bo watched. Certain lines of work he does not consent to.

May all hot mornings turn cool by late afternoon. 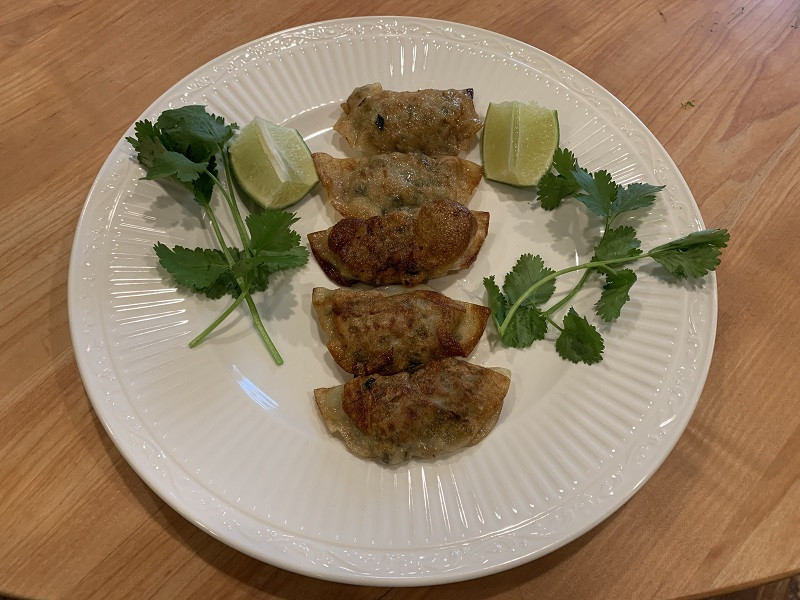 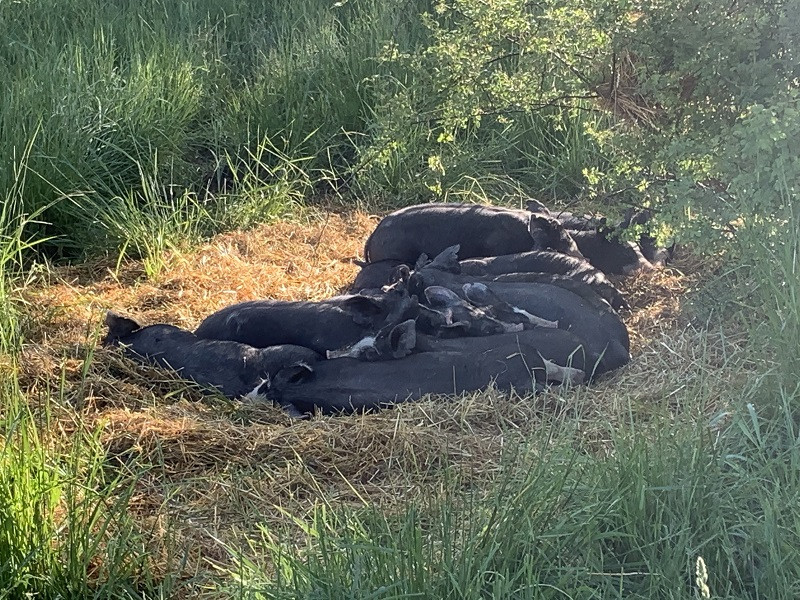 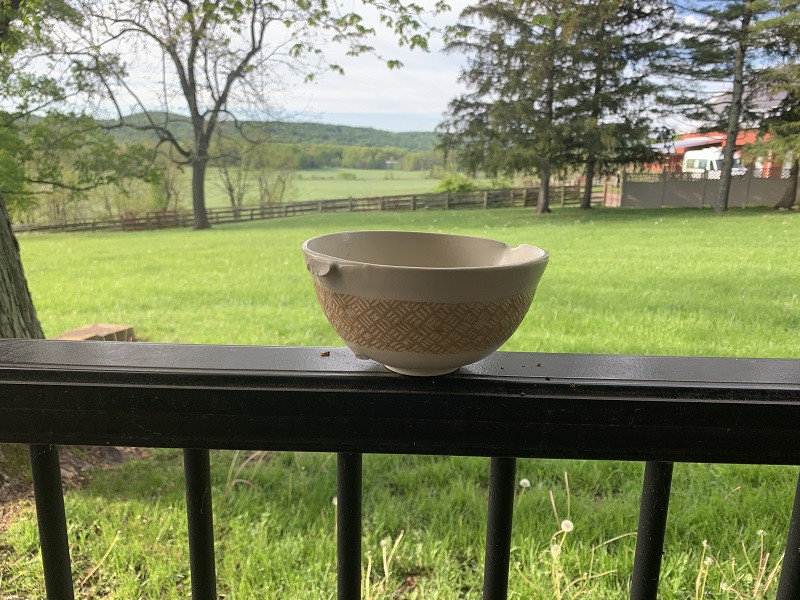