We all familiar with the poem Mending Wall, which explores the meaning of fences.

The opening line in Robert Frost's poem is: Something there is that doesn't love a wall...

The closing line, in contrast, uttered by the crusty neighbor is: Good fences make good neighbors.

We maintain a lot of fencing on our farm, as does any farm with livestock. Fences require considerable investment and upkeep, which can be problematic over the long run, giving credence to the concept that forces of time don't love a wall.

The picture above is of an over-grown woven-wire fenceline, put to effective use. On the left are mother-cows and on the right their 10-month-old calves, freshly weaned. Last Friday we sorted calves from dams, so cows can rest before calving recommences in 45 days. The calves on the right are generally ready for weaning by now, but a few devoted mothers are reluctant to accept separation. This fenceline-weaning allows mother and calf to smell, see, and be near eachother, without partaking of the now forbidden fruit. Most of the stock are ready and do not resist at all. A few cows bellow for about 3 days, and then the storm of separation passes into a quiet sense of the future. We have tried weaning cows from calves by moving them to opposite sides of the farm, but there is always one who walks right over the hot-wire to return to the barnyard insisting on her calf. So, we only employ woven-wire fencing when weaning.

The picture below is taken four days later. Calves are now ready to go to pasture and aren't much interested in their mothers anymore, like many rising teenagers.

We have three kind of fences on the farm -- woven wire, high tensile (mostly single-strand), and board fencing. Board fencing is the most expensive and is employed for containing stock in high-pressure situations, like corrals and sorting systems. It is also decorative. Single-strand high-tensile fencing covers most of the farm, for, if hot enough, will contain beeves very effectively. It doesn't contain sheep, so we resort to a dedicated area of woven wire and temporary net-fencing for them.

Fences at the farm are critical to our success. They act like a wall of sorts in that they keep out potentailly intruding domestic livestock. But they allow in wild animals, like deer, coyote, and foxes, which pass through and over the property.

A critical component of fences is their gates. Gates enable controlled movement of domestic animals. We are constantly moving our livestock to a new location, through gates, which is a form of migration. When stock are kept static, they are confined to a prison-like environment. We only do this in extreme situations, such as floods or droughts, when trying to conserve pasture.

It is true that good fences make good neighbors, when one owns livestock. One evening our herd of cattle surreptiously found its way over a single strand of wire into the neighbor's vegetable garden. There wasn't much left of the garden by morning... Now that took some explaining -- far more than I was convincingly able to conjure up the following morning.

Diversity of livestock passing through gates and over fields creates healthier and more diversified pastures. Nature's strength always lies in its diversity, and is a profound metaphor for the potential of human strength. Controlled and constant movement of diversified peoples through gates of entry create resilient and vibrant social eco-systems. It is part of the human condition to emigrate and always will be. It is a complicating factor to the human story, which is likely to accelerate, given pressures from changes in climate. We could do worse than to look to farms as a model for how to manage movement of people.

This rooster is not concerned with movement, but only with roosting on Susan's Lexus! Oh, to reign supreme.

This was an exquisite summer meal -- vichyssoise soup, fresh mushroom pie, and fresh peach salad. The vichyssoise is made with our chicken broth and potatoes, garnished with green chives, and served either hot or cold. Mushroom pie was a new wrinkle for Susan, and was absolutely delicious. Neither pie nor soup lasted long.

Bob will be at Milford on Saturday and the full crew at Hyde Park on Sunday. We will have smoked capons and smoked pork chops in tow. Let us know if you would like to reserve one or both.

In tribute to fencelines which both return to the earth and preserve the peace, 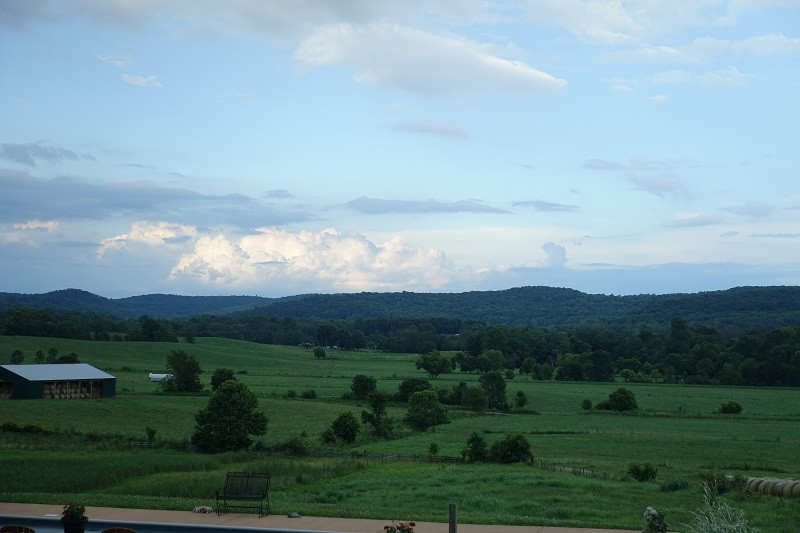 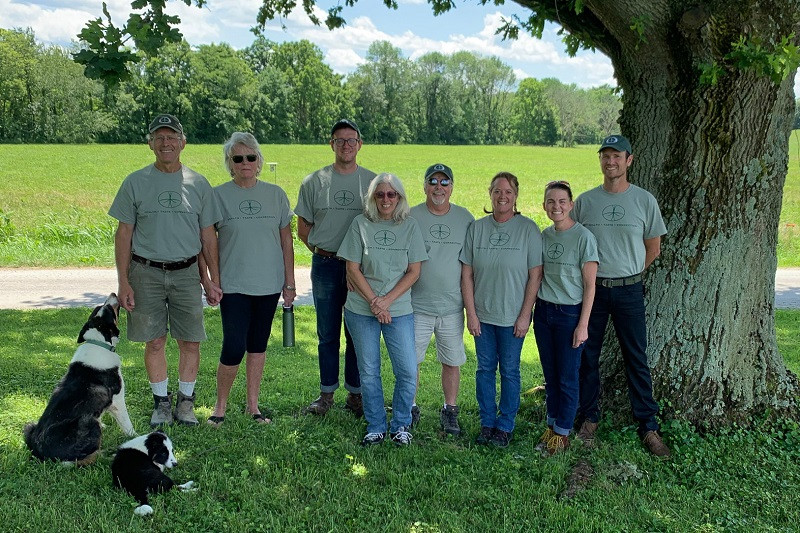 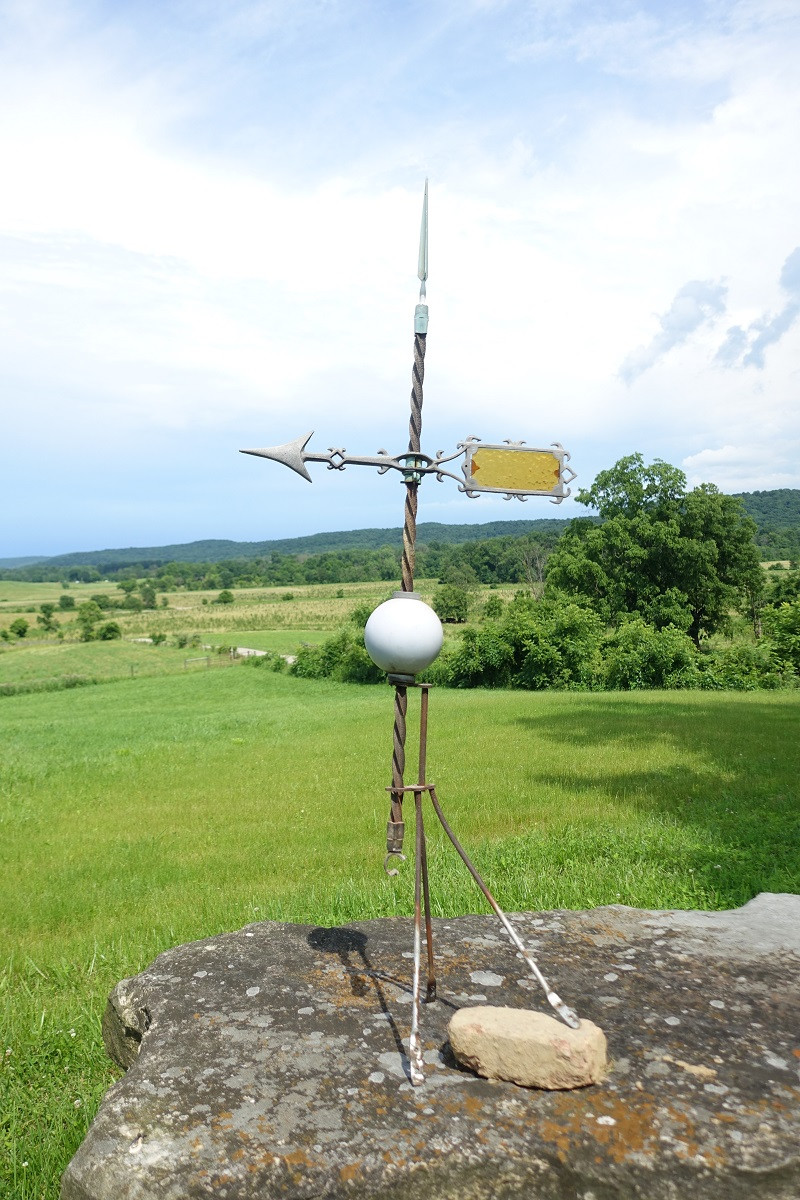