The eastern sky brings to us, from the sands of Kuwait, Chris & Yurie Whitmer and their winning children.

Chris arrives to us after serving three tours of duty with the Army in Afghanistan and subsequently being employed by Boeing Aircraft in Kuwait. In the Army, he developed essential expertise at managing and maintaining helicopters, which permits little tolerance for error.

Yurie hails from Japan, and the two of them met at the University of Nevada, where she was an accounting major. Their family is completed by Cash, age 6, and Leina, age 2, both of whom are full of life and fearlessness of large dogs, like Scout. They already show the makings of the next generation of farmers. Chris' father runs a number of bakeries in Dayton, Ohio, and proximity to him draws Chris to these unlikely parts. They have lived in four foreign countries, which prepares them well for the peculiarities of life on Frost Rd. in Pike County, Ohio.

Chris and Yurie are multi-lingual, have traveled throughout the world, and have an abiding interest in food. As a boy, Chris was exposed to nature and horses at his grandmother's farm in Oregon. He also spent a summer clearing property lines with a chainsaw in Alaska. He feels his training in the realm of mechanics is now complete enough, and wants henceforth to immerse himself in the world of regenerating soil and growing and marketing healthy food. He is an avid reader and has worked his way through much of the literature on the topic. He also loves music and, in addition, sports a handsome motorcycle in the shed. He is a man of many talents, gifts, and interests. In his first week, he has already fixed four small lingering operating problems on the farm, quickly endearing himself to our team.

Where did Chris and Yurie come from? We aren't sure! They arrived out of the eastern sky; that's all we really know, and we are darn grateful they did. They arrived just when we needed them, and are currently settling into the house at Lark Hill. They bring with them an invaluable combination of youth, intellect, physical strength, passion, creativity, and integrity to contribute to our faithful journey.

Just to keep you up to date on the saga of our creekbanks, I found myself walking along the wooded section of one yesterday to discover a 3-foot tall beaver dam and a walnut tree doing a pirouette. Fixing these problems in wooded sections of wetlands encumbered by a conservation easement will be more of a logistical and legal challenge than in open ground. These straight steep banks were created by the government about 100 years ago, and are steadily eroding. Perhaps we can find support among one of its agencies to continue reshaping and restoring them. We will keep you apprised.

We periodically dig five-foot deep holes to entertain ourselves. Several weeks ago we noticed a trickle of water surfacing just behind the dairy. So, we employed the first line of defense and did our best to ignore it. One characteristic of leaks is they always become worse not better, despite high hopes. This trickle proved true to form and grew to a flow over the course of a week. We thus were forced to engage finally, and chose a fleeting warm day to tackle the issue.

Most water lines in this climate are buried three feet deep. This one turned out to be five feet deep. It took four brawny men several hours to find the source of the problem. Once discovered, fixing the leak was easier said than done. A coupling had gone bad, so we cut it out and spliced and glued a new one in. There is not a lot of flexibility in 2-inch PVC pipe buried that deep. But we invoked the plumbing spirits and on the second try were able to successfully insert a new coupling. Landis was at the bottom of the hole performing invaluable surgery. (We will sorely miss him and his family when he permanently departs for Maine in 3 weeks.)

Cameron, Scout, and I moved the yearlings forward. The grass looks green and luscious enough to add to our own tables!


Here we have spiced beef brisket with pomegranate sauce, borrowed from Persian influence. Cinnamon-bourbon sauteed apples supplement, along with mashed potatoes, petit pois, date-and-orange salad, with orange vinaigrette dressing. The killer was the double chocolate cake, much of which ended up being frozen for the younger generation. What a feast.

Our team sends heartfelt gratitude for your support over the past extraordinary year in particular, and we send affectionate best wishes to each at the dawn of a promising year ahead. We shall advance together.

May the eastern sky bless us all. 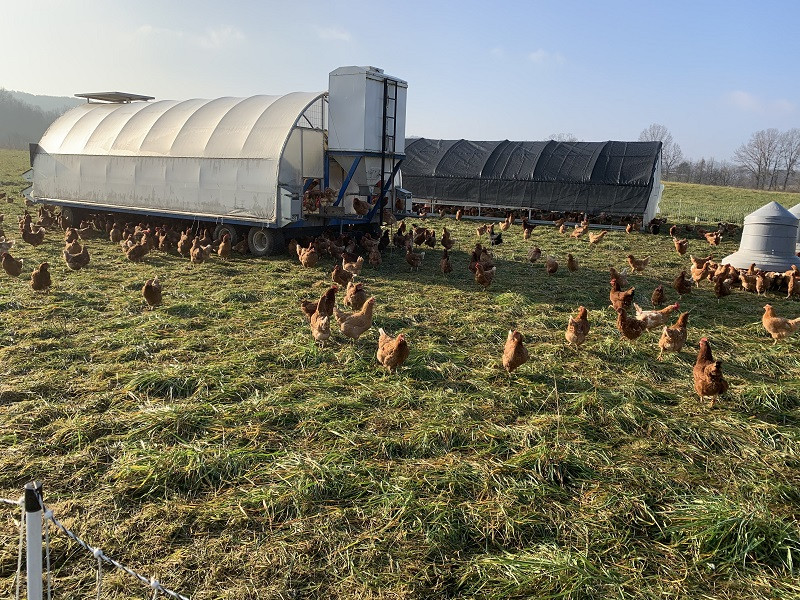 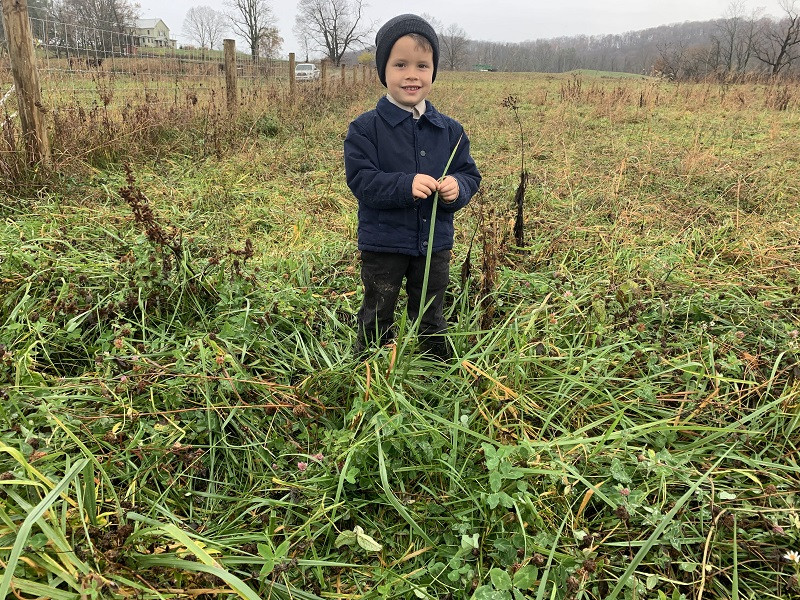 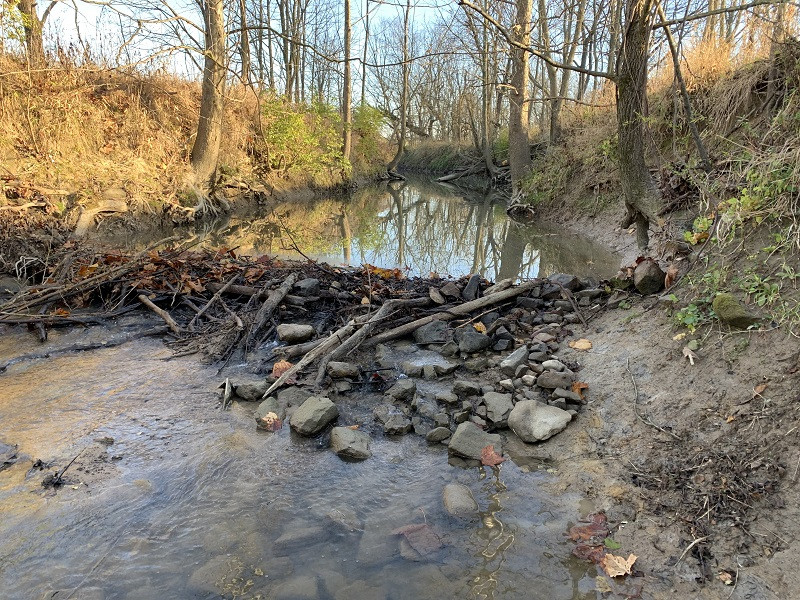