We think we have been struck by cocklebur toxicosis.

In the past month, we have lost 5 healthy cows to poisoning from... cocklebur seedhead maybe, we believe. But we don't know. It is very confusing. We have had cocklebur on the farm indefinitely, but never to this extent. Eighty inches of rain last year, followed by a very wet winter, while cattle moved across the landscape, created conditions for explosion of this annual forb this summer. Cattle on wet pastures create mud, and open ground attracts annual weeds, like cocklebur. The seedhead is toxic, but not the leaf. Cattle and sheep like the leaf, but avoid the prickly seed. Perhaps the odd bovine, however, ingests the seedhead by accident, and then suffers fatal consequences. But why only 5% of the herd and why only mature, seasoned cows who should know better?  Leaves of wild cherry trees are toxic, when first cut. Stinging Nettle, Milkweed, and nightshades can also be poisonous, all of which proliferate in pastures.

What does one do about this, other than lose several nights of sleep in worry? My first resolve was to mow off seedheads, while leaving grass to graze, as pictured below. This felt proactive for a moment, until closer examination revealed the seedhead on the stem of the cocklebur attached nearly all the way to the ground. It is everywhere present on the plant. So, mowing proved a fool's errand.

In the meantime, it has been two weeks since the last of this despair struck, and we are hoping the storm has passed. Below is also a picture of how the sheep strip the leaves off the plant, stratigically leaving seedheads behind. Stinging nettle is present in the lower right corner, which they totally ignore. The more I have pondered this riddle the more I believe this reflects on management, which is almost always the case, unfortunately. At my direction, there were several intemittant days when we allocated somewhat smaller breaks of new grass for the cows to consume, trying to keep to a plan. This may have created more competition to eat whatever was present, even if slightly toxic to some and fatally so to a few others. Toxic forbs may be at their most lethal at this time of year, and in the future that needs to be considered in the grazing plan. These lessons are humbling.

When healthy cows go down to this extent, it really creates despair. We have never experienced this, and it shakes one's confidence. It has made our hearts contract, and has begged again the question of the soundness of raising protein on pasture for human consumption. Are we working in a myth, or can grassfed meats truly succeed at generating financial, ecological, and social well-being? Losing five healthy cows in three weeks sure is going in the wrong direction. What do we do?

First, we savor that the sun rises, offering hope found in the new day. Second, we recall the success we have experienced in this journey, in contrast to this moment of despair. Next, we create a plan for dealing with open ground due to winter grazing and a plan for toxic weeds in early fall. Then, we continue to have faith that the original premise of harnessing Nature's power to grow food is basically sound and will always prevail. And last, we breath deeply to clear our minds and spirits and look to the heavens to renew inspiration.

We have been advised from many sources to see a movie magically appearing in theaters and elsewhere called Biggest Little Farm. We finally saw it, and my response is this. The movie is about Hollywood, not about farming. The fact it is distributed so broadly quickly reveals these are not authentic farmers, but props in a professional machination. The amount of money invested in creating an oasis on 200 acres in the southern California desert is staggering. Where did it come from? That is not revealed, but probably from right down the road -- the world of film, not the world of agriculture. The fact the farmer doesn't carry his wife's footprint on his backside is immediately telling this is not authentic. And she is always smiling -- another give away. They always find the perfect solution to problems that arise, with perfect pictures from cameras running day and night, with polished narrative that includes no mispoken word or hesitation. They have ten employees, all of whom look way too rested and rosy for farm work. And they have an abundance of slow-moving time to reflect on how profound are their insights. They also didn't have any customers, which was real magic. There was no despair in this tale; no deep struggle. The losses they incurred made for good footage that was no doubt shot repeatedly until just right. The losses were plot-line for entertainment and distribution. So, this story, told by voyeurs, was way too sanitized and commercialized for my taste.

Well, since it is easy to be critical, do we have anything better to offer? The answer, in fact, is yes!  Within the next month we will have available for purchase the first volume of A Farmers's Almanac, which includes 70 of our newsletters written over the past five years, written with the help of many of our customers. Seeing that movie fired my competitive spirit, and the recent scene below feels symbolic of the passion and persistence so essential to this journey. We don't need Hollywood to make our case!

What else has been going on over the past two weeks? We have been in the woods and wetlands. Brett came through again this year to harvest paw paws for his brother's micro-brewery. And Jacob, Kathy, Paula, and Bob have started collecting seeds from wetland plants. Collecting and storing seeds is an ancient skill that is disappearing from our culture as seed companies work to dominate the commerce therof, making us more dependent on them. Here Paula has collected hibiscus seeds that will be wrapped in a sheet and hung to dry.

This ratatouille omelette helped us work through despair and back to faith earlier in the week.

Remember to sign up for the Farm Tour on Saturday, October 12, if inclined. Cut-off date will be the week before.

Susan and I look forward to seeing you this weekend at Hyde Park. 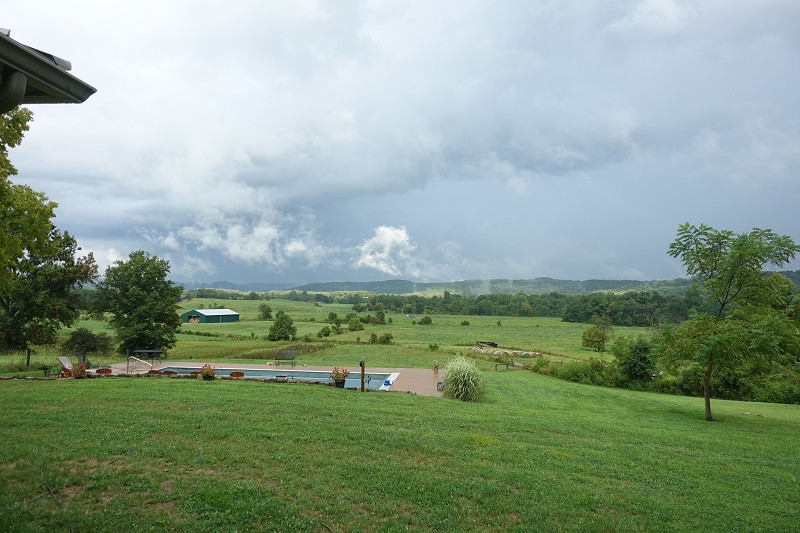 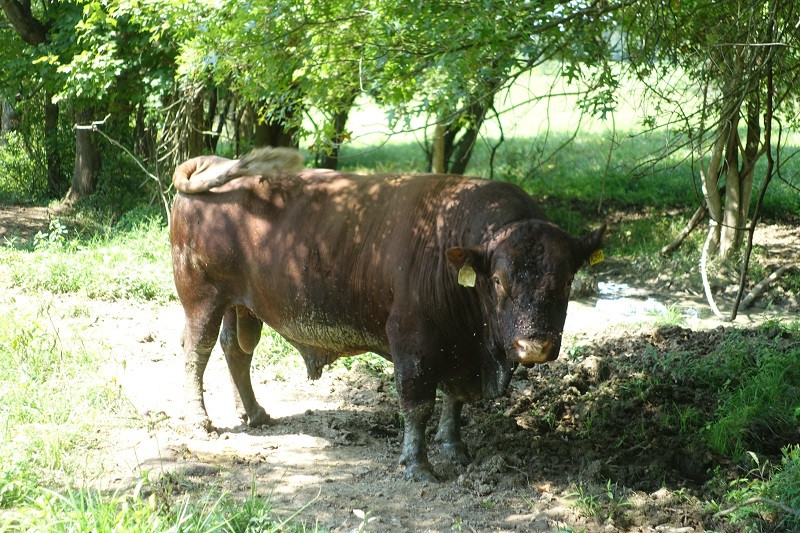 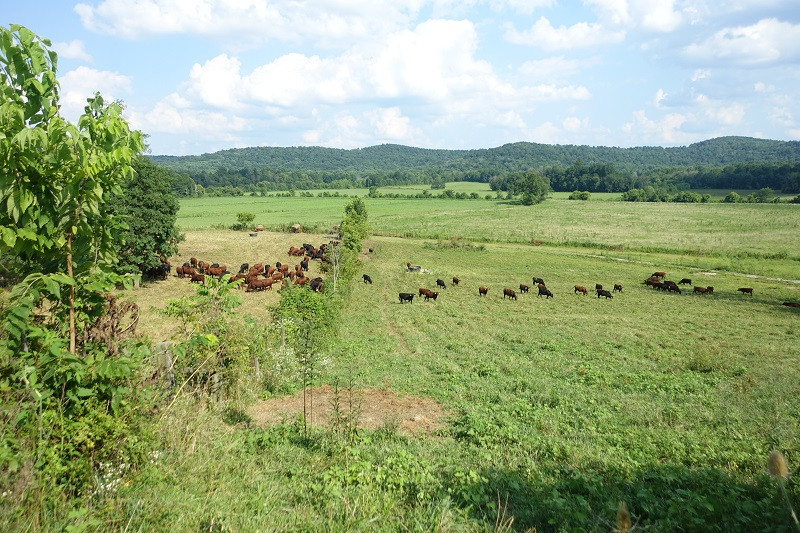