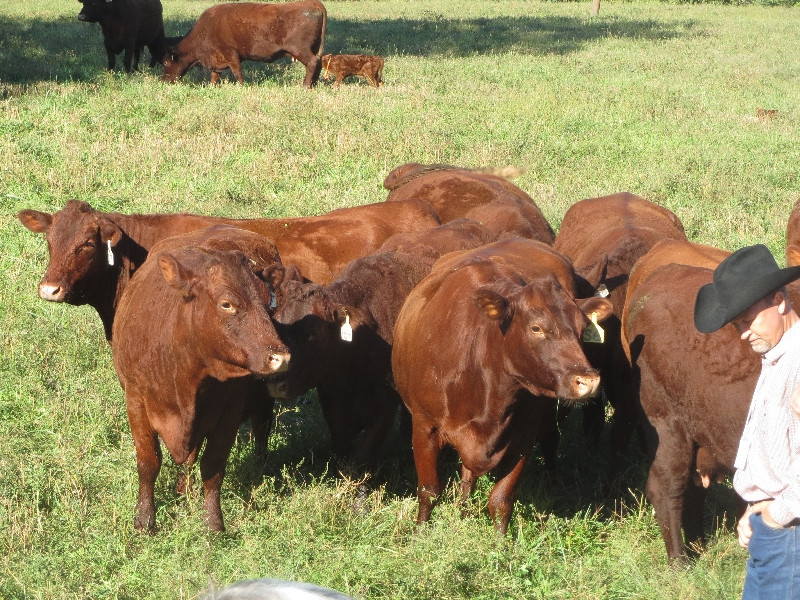 This past weekend, Susan and I attended the annual meeting of the Red Devon Association, held in Winchester, Kentucky over two days. We looked at cows and learned how to evaluate body confirmation, including: udder size and shape, hair swirls in the coat, movement and shape of legs and feet, and proportions of body parts to each other. It was fascinating. The goal is to select cows that produce plentiful amounts of butterfat. Calves that receive such carry more intramuscular fat when they mature, producing tender, flavorful meat and fertile bulls and cows.

One indicator of high butterfat in the cow is an active thymus gland. The gland is located between the chest and neck, and when fully functioning, shows up as a shining swirl of hair on the lower neck, such as on the cow in the center above. One would accordingly predict she will raise a healthy calf, who will in turn give plentiful butterfat as a cow, or provide excellent beef as a steer, or excel with high fertility as a bull. 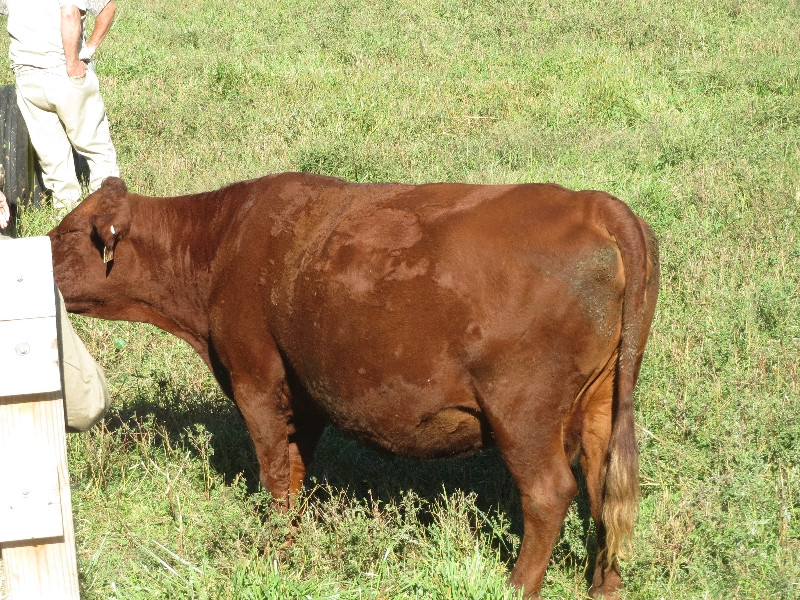 In contrast, a fertile bull presents a larger heart girth than flank girth. 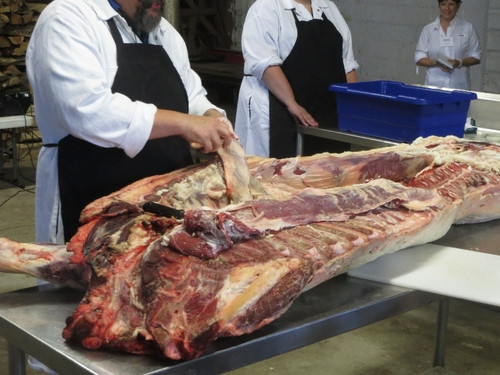 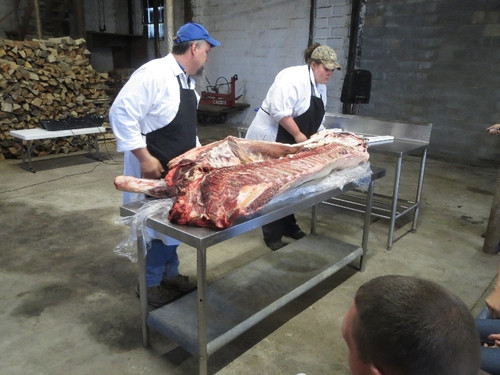 At conclusion of the second day of the meeting an auction of purebred Red Devons was held. The stock were provided by various producers attending the meeting. Since we typically buy crossbred cows, which are cheaper than purebreds, to breed to Red Devon bulls, we were looking forward to another learning experience as spectators, when we attended the auction. We purposely did not "register" for the auction and therefore did not have a number with which to participate in the bidding, fortunately.

Two or three animals sold at what seemed like depressed prices, but given there were quite a few cows to go, prices would certainly average out, we assumed. When the fourth cow came in and the auctioneer began to wax about the value of the animal, I detected motion to my immediate left. But being a cool dude, I didn't break pose, even though the auctioneer was suddenly barking at me and heads were turning to look at us. But we couldn't be bidding because we hadn't filled out the paperwork and didn't have a number. Not an issue, I told myself.

Yet I sensed the motion again and the barking my way recommenced. I began to suspect something was slightly awry or even more than slightly. Was I perceiving correctly that the auctioneer and my wife were in dialogue, along with some guy across the room? I tried motioning to her with thumbs at my waist, so no one would see, to cease and desist, but that turned out to be a futile exercise, as she was not paying attention to my thumbs. So, I summoned courage to turn my head ever so slightly to the left to catch her eye, only to witness Susan's hand up high, elbow moving rhythmically, and eyes locked on the auctioneer, as he sang his song, bobbing between her and the other side of the room.

This induced me to break into a sweat and start adjusting my hat, which of course helped, trying to look like we had this all planned, because the eyes of the whole house were suddenly upon us. I tried again to give her hand signals down low, but that proved as useless as the first time. I was trying to be stoic and impassive, like the other men in the room, but moving into slight panic, my head began to twitch and whites of the eyes began to show... Finally, finally, the torture stopped, when the sonorous auctioneer waved a large arm our way and exclaimed with a flourish, "Sold!".

What a relief. I pulled on the visor of my hat, looked down to study thumbs, and just tried to breathe my way out of this. I faintly heard the auctioneer ask for her bidding number, gaining a rush of hope that we'd be thrown out of the barn. She replied in full voice and without shame she didn't have one, and within 30 seconds registration papers and a bidding number landed in her lap... It's okay, I whispered to myself, it's just one cow.

The next cow came into the ring, and was met with the same sluggish enthusiasm... Uh oh, motion to my left, barking suddenly coming our way, then away, and then back again... People were beginning to smile at us, and cool as I knew myself to be, it was clear to the crowd that Susan's right-hand man was struggling for equilibrium, to the amusement of all. So, finally realizing I was vastly outnumbered, I gained sense enough to dutifully submit, and with a ready smile then decided to enjoy the rest of the journey.

So, we ended up with two beautiful purebred cows who are to calve within the next 30 days, at a very reasonable price. And I felt proud of my partner, who doesn't follow rules. After returning from settling paperwork on our new bovines, I observed a group of women and men surrounding Susan, congratulating her for bringing brazen vitality to the auction ring. 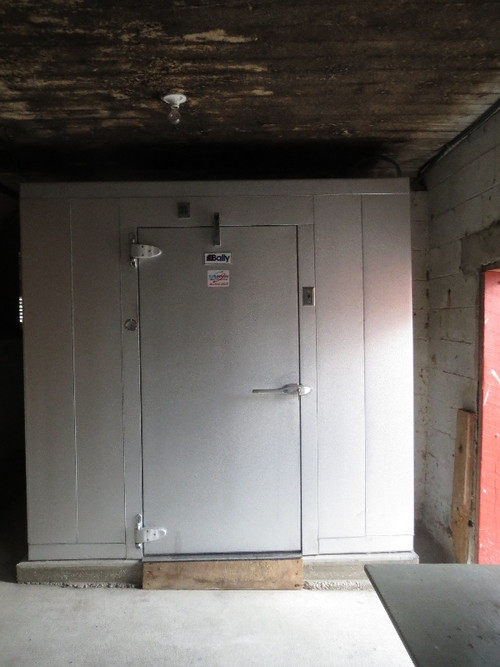 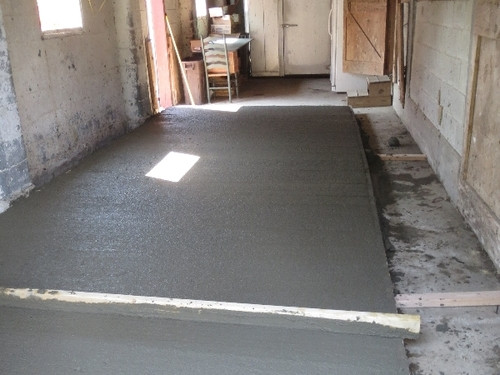 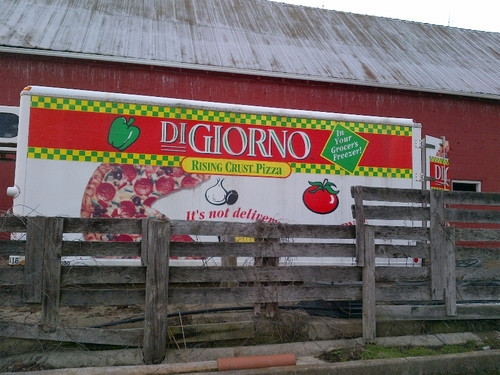 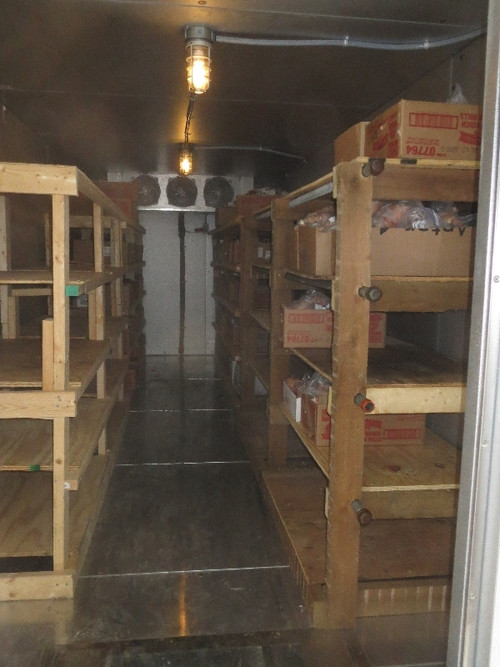 As our DiGiorno freezer has proved inadequate for continuous use, and as our inventory builds, we have invested in a second freezer that is 10' x 8' x 20'. By the end of the month, we will have another 150 whole chickens to store, for selling throughout the winter, and this second freezer will be necessary. This is not a small investment, and we make it to serve you better.

If anybody would like to help us paint our logo on the DiGiorno freezer, please let us know. 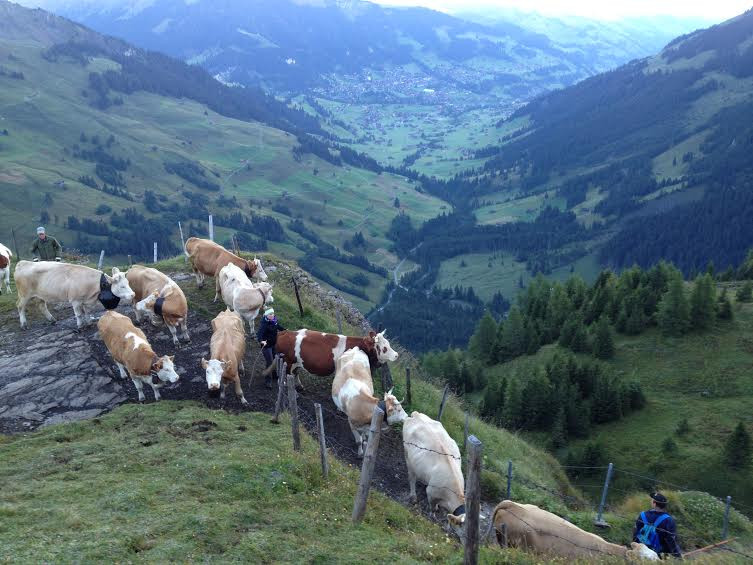 My brother took this picture recently of noble dairy cows in Switzerland, returning to their home valley on an ancient, narrow, and precipitous trail, after a summer of alpine grazing. Note the immense bells hanging from their necks.

Their journey reminds me in part of ours - the view is magnificent, the air is thin, the way is steep, dangerous cliffs await, and a village of wonderful people support us, enabling the journey to unfold.

What a fabulous picture, full of story. 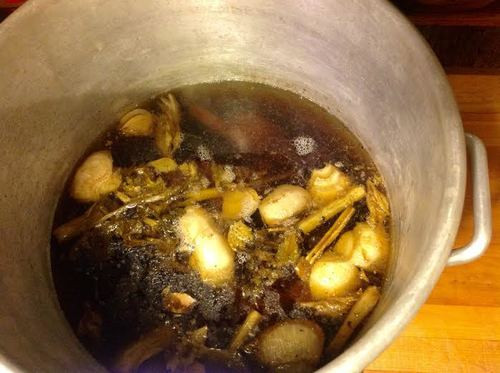 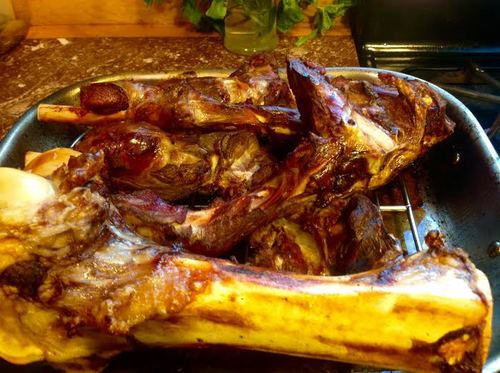 Beef and lamb bones on their way to becoming grassfed stock for Susan's Soulful Chili.

We will be attending the Hyde Park Farmers Market this Sunday, October 5, and will be stationed at the US Bank parking lot, because of the Arts Fair on the Square.

Online ordering is available at: http://grassrootsfoods.biz/on-line-purchasing, with the next delivery date being Wednesday, October 8 at 4:00, at the corner of Pape & Bellecrest Avenues in East HP near Erie Avenue.

In submission to the auction house and the alpine trail, 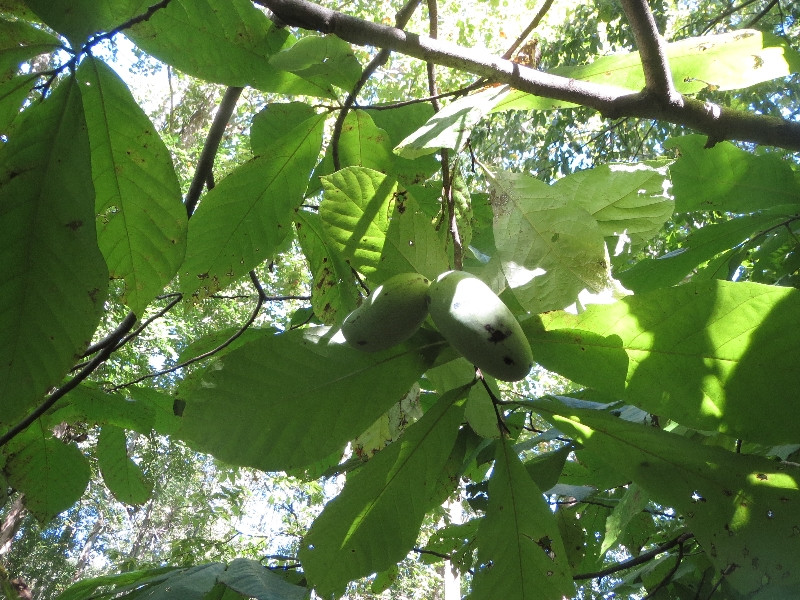 INCH BY INCH: THIS BEAUTIFUL CREATURE STROLLED ACROSS OUR PATH LAST WEEKEND, In no rush, and full of purpose. 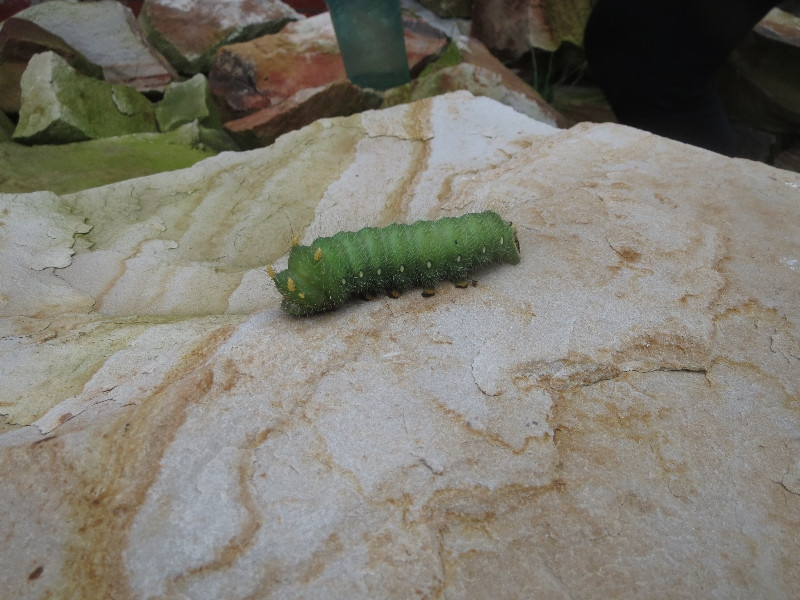 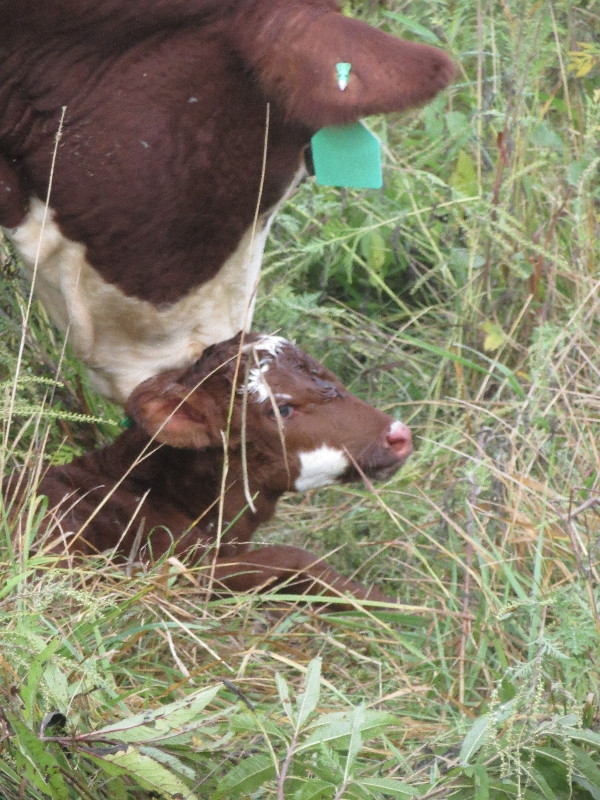