August bears a potency unlike any other month. It is absolutely honest about its afternoon heat, sweaty, rich nights, and the promise of cool mornings. The biological year seems to mature in August, with all of nature's complexity finally interweaving into a thick tapestry, which becomes ever thinner in the months thereafter. It is a month of no nonsense. One has to be careful operating in its overbearing temperatures, and as such, offers a reflection as to who one is. It presents spectacle through its unvarnished power and beauty. One respects the month of August.

Last weekend we watched the full moon rise, accompanied by Saturn's evocative dance, up to the left. Witnessing this was breathtaking, like listening to the crescendo of a fabulous symphony.

The summer has been kind to this region of Ohio, unlike the devastation we hear of throughout the west, in the Carribean, and recently in Tennesse. We have had timely rain, but not too much, along with hot days in the 90's, but not too many. Pastures are green and nature's diversity remains fully active. The humid, dancing air seems filled with magic.

Since our last newsletter, we moved 55 bred cows and 49 yearlings off the farm to our new friend in central Kentucky, Tyler Greene. He is a vendor at the Danville farmers market, and is not so far away that we can't buy back offspring if we choose to. Preparing for and executing the loading of so many of our precious animals was demanding, physically and emotionally. But it was the right thing to do, as it relieves pressure on the few of us still on the farm this fall and winter. And we have retained 50 beeves for customers for the next several years, during which time the future will become more clear. The cattle-handling facilities we erected several years ago sure were essential to successfully moving so much body-weight through a narrow point of entry onto trucks. Those animals are large and strong and will tear apart structures that aren't well designed. It was an intense process, requiring loading of three trucks of various sizes to maximum capacity, each of which made two trips over 12 hours.

This morning I moved our remaining beeves forward and was struck yet again by the rich biodiversity in the pasture. It was a jungle of plants and species, some of which are more than head-high. This makes for difficult walking for graziers putting up hot wires, but the benefit is the diverse selection of diet for grazers. A few of the species in the sward are: ironweed, cocklebur, big bluestem, Indian grass, chicory, milkweed, fescue, orchard grass, and various clovers... And then spider-webs are everywhere! It was exciting to be out in that jungle this morning, witnessing so much life. The cattle will eat half and flatten the other half, thereby building organic matter.

Hogs can't stand direct heat and sunlight. But they are fine, as long as they can find shade. They additionaly prefer muddy areas to lie in, which can cause damage to soil.  We are limiting such damage, by moving hogs forward perodically in the woods and containing them with hot wires. It is amazing how effective a hot hot-wire can be at containing a 300-lb hog. But the hogs are always testing, so one has to be vigilant about maintaining the charge. We walk the fencline daily to remove branches and other "shorts" on the line.

In the first picture below, the wooded paddock from which the hogs came most recently is on the right. The left shows where they are currently. We don't have a fixed formula for how long they remain in a spoke of the hub. It depends on impact, which depends on weather, size of hogs, and size of spoke.  Each is different. The hogs are in hog heaven and are accordingly healthy.

The scene below to the left is interesting, in that all of our poultry units are combined into one area for the first time. Turkeys are to the left, chickens in the center, and hens on the right. This is a poultry armada, run by Captain Mike.

Don't forget about turkey orders. We will need to know by mid-September if you want a frozen turkey for Thanksgiving.

Part of the magic of this August for us has been the seamless transition in our kitchen this month from Beth to Stephanie. Stephanie is a longtime friend of Beth's and worked with us several summers ago making extra sliders when we were going great-guns with the Slider Shack. Covid terminated that, but she has thus been part of the team from a distance. When it became clear Beth needed to return to the corporate world, she contacted Stephanie to see if she would be able and willing to step into her place in our kitchen. The gods were with us, and she was able to step in. So, the baton has been passed without a hitch. This also reflects upon Beth's high degree of organization. She left behind great notes on all matters, particularly the recipes, but also on supplies and other critical details.

It is clear Stephanie has a genuine interest in and enthusiasm for food. She alsio brings an upbeat and postitive attitude to the day. She has made all of the prepared foods thus far and they have been perfect. We are so fortunate for Stephanie's presence on our team and for the careful legacy Beth left behind. We are grateful to both of these fine women for their work with us.

We have created a link for the Job Opportunity previously discussed. Please pass this on to everybody and anybody you think relevant.  https://grassrootsfoods.biz/jo...

Lamb shoulder is great at any time of year. We recently enjoyed this one, accented with Persian spices and artichoke hearts. Accompanied by rice mixed with dried fruit, along with a fresh peach salad and feta cheese, this made for a perfect summer meal.

We will not be making delivery to Madtree on Sunday the 5th, as I will be out of town. But Bob will be at Montgomery on Saturday the 4th of that weekend, and he will be making deliveries to town on Wednesday the 8th. You can receive delivery that Wednesday by signing up for pick-up at the farm, which we will then circumvent by delivering directly to you on the 8th. We will not be receiving preorders for either market the weekend of September 4 and 5.

As August comes to close, may we receive the piercing magic it uniquely offers.

August is of its own, like a cloud in a cloudless sky. 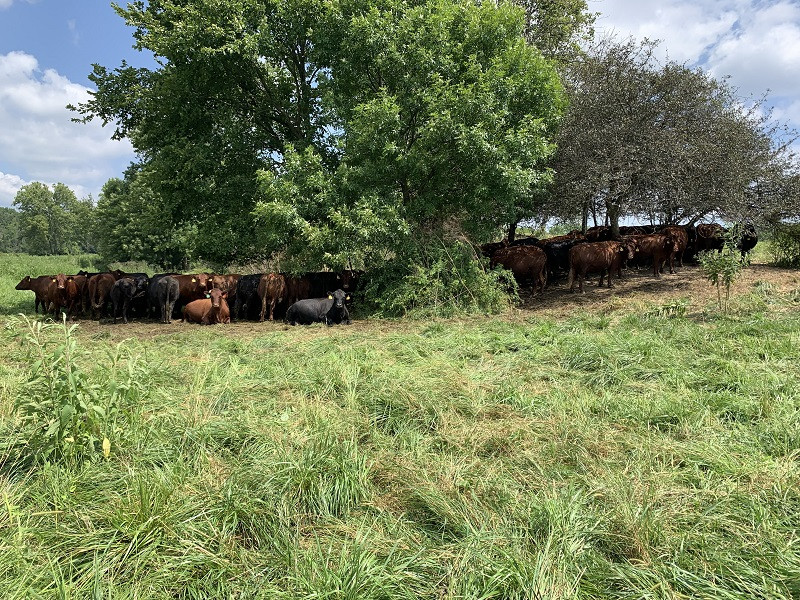 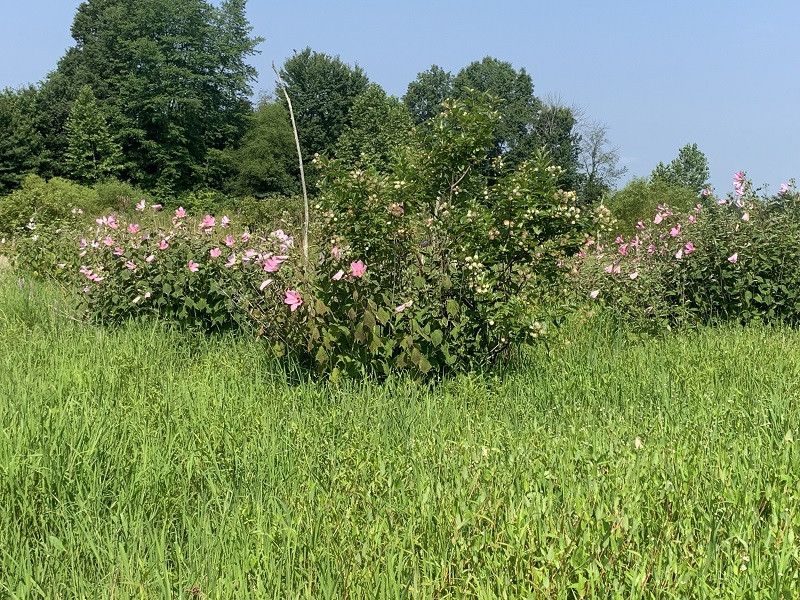 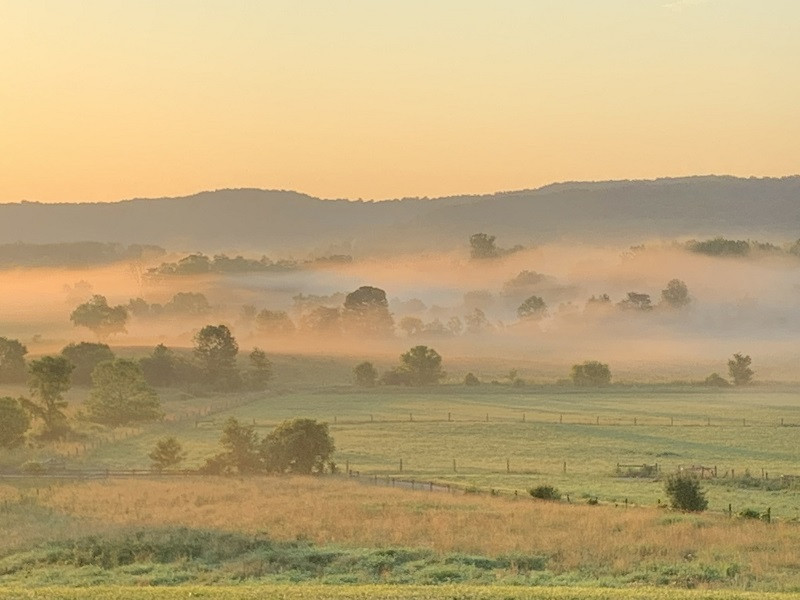