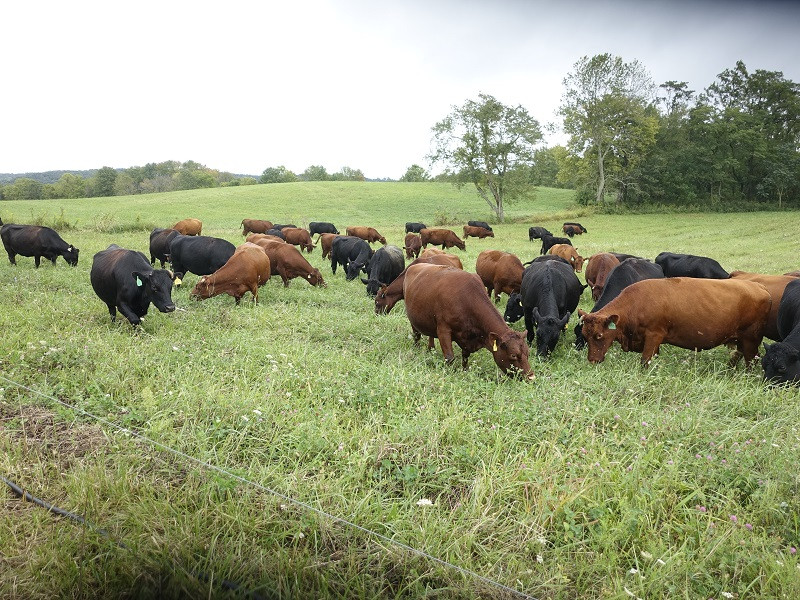 CALVING SEASON IS UNDERWAY, AND SO IS OUR ANIMAL HUSBANDRY.

The second of three cows to birth on Monday delivered twins. It took us about 24 hours to figure out the hiefer-calf was a twin and not a single. She appeared abandoned and gaunt, so we took her to the barn to begin feeding by hand. We debated what to do - whether to try to graft her onto one of Landis' dairy cows, as we have in the past, to feed her expensive milk formula for the next two months, or to put-her-down. Our experience with salvaging orphans has not been successful, all in all. We have tried numerous times with lambs, and they never thrive, and half of them die along the way. It is discouraging and expensive. Cattle don't have many twins fortunately, but we had two sets last year, both of which survived well. It took a day or so to figure out this calf was the twin of a small brown calf, as they looked identical, and the mother had simply decided not to pay attention to it. It probably went 24 hours without nursing.

We obtained some colostrum from Landis' freezer, and began giving her a bottle, which she eagerly received. We then resurrected the calf-sled, designed by Brendan, just for this purpose. We took it to the cow herd, found the favored calf of #1206, tied its feet together and put him on the sled. This caught the mother's attention, and as we pulled the sled forward, she followed. We were able to extricate her from the herd that way, and then began a long march by foot to the barn, pulling the sled, with cow following. After half a mile of pulling, it felt like the 40-lb calf weighed at least 100 lbs! But we made it to the barn, and put the cow into the squeeze chute, to be immobilized. We took a lower panel out of the squeeze chute, so the unfavored heifer-calf could nurse, without the mother kicking it off. That strategy worked, after which we turned the unfavored calf, the favored calf, and the mother together into a small adjoining lot. The plan is to repeat this exercise multiple times a day.

This morning the cow let both calves nurse in the lot, without use of the squeeze chute, and we thought we were over the hump. This afternoon she was not so accommodating, so it was back to the squeeze chute, to enable the heifer-calf to nurse again. But the unfavored one doesn't seem to be filling up sufficiently and upon closer inspection it appears she may be partially blind. This process of husbandry and attempted salvation alternates between small victories and ongoing setbacks. Whether the former will prevail over the latter remains to be seen. I am beginning to have doubts about this little calf. Her mother may have rejected her for a reason.

Animal husbandry is an art and a skill, that can produce astounding results. Sometimes, however, no intervention is the higher road than intervention. It can be difficult to know which to do. With our lambs, we have stopped raising orphans. Either the mother raises them, or they expire in the field. This has reduced considerable stress and cost for shepherds and our lamb flock is becoming more productive. I was tempted to leave that little calf in the pasture, but couldn't quite do so. 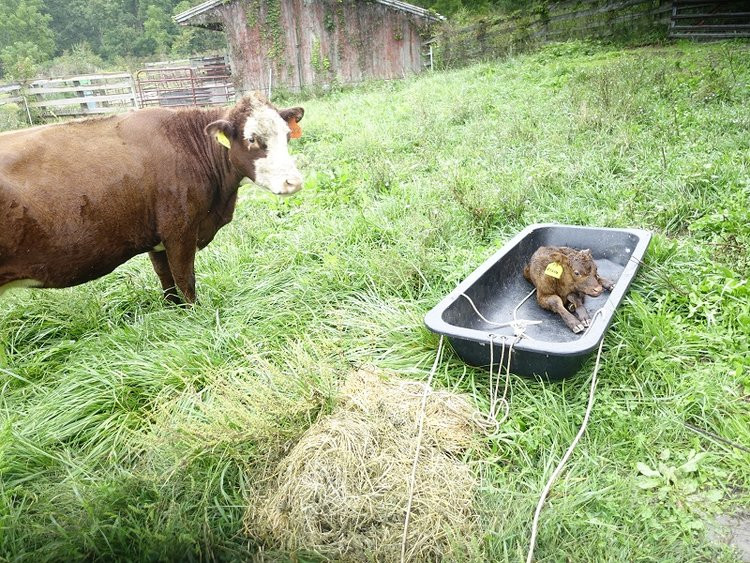 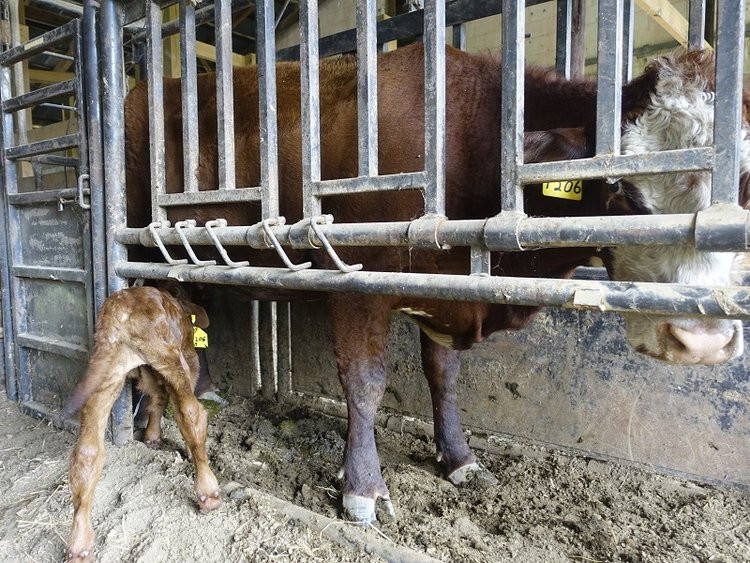 Below is a nostalgic look, as the season passes, at heirloom tomatoes, raised by Beth & Bob Gehres, whom you see at the various markets. They are kind enough to share some with us, and the tomatoes are so rewarding to eat. It gives one faith that great tastes of childhood are still to be found. 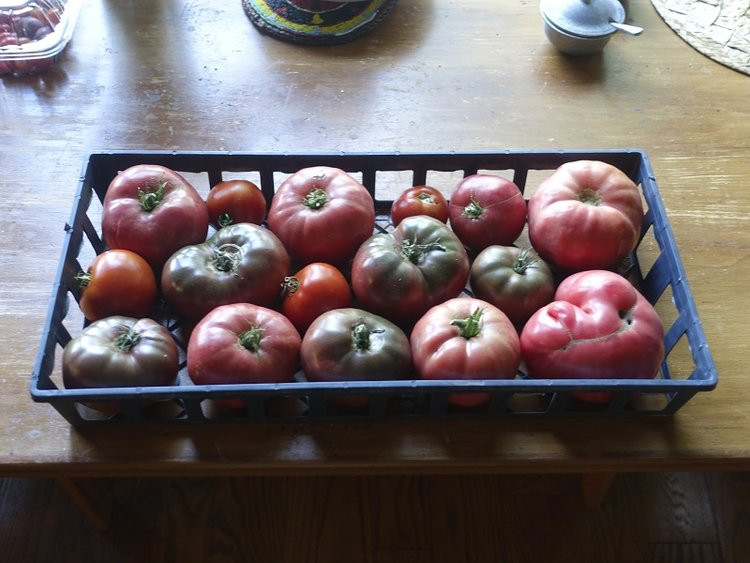 A few notes of interest.

We are planning a Farm Tour for Saturday October 14, from 11 - 3. You will see sheep & lambs, hogs, cows & calves, laying hens, and, if we have time, the commercial kitchen. For lunch, Susan will introduce and serve a new product -Soeulful Pork Ragout, which is ground pork with Korean seasonings, to go on rice. Price is $25/hd, with children under 10 free. Register on-line and pay in advance. We look forward to sharing with you the land and animals you help support and that produce some of your food.

We are going to begin culling our email list of those who don't read it. We are now being charged by MailChimp, since we have reached over 2,000 subscribers. If you find you are no longer receiving this newsletter, but would like to do so, the mistake was made on this end. Just let us know, and we will reinstate. 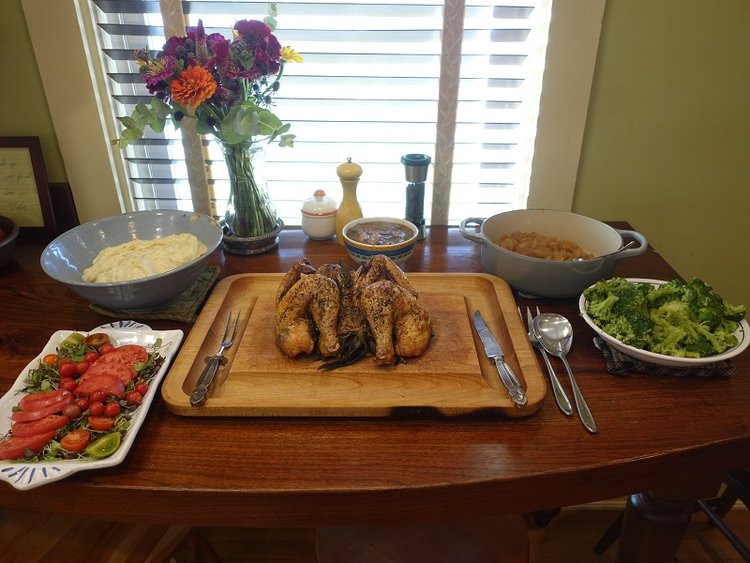 We look forward to seeing you this weekend at Findlay and Hyde Park markets.

May our husbandry improve for all. 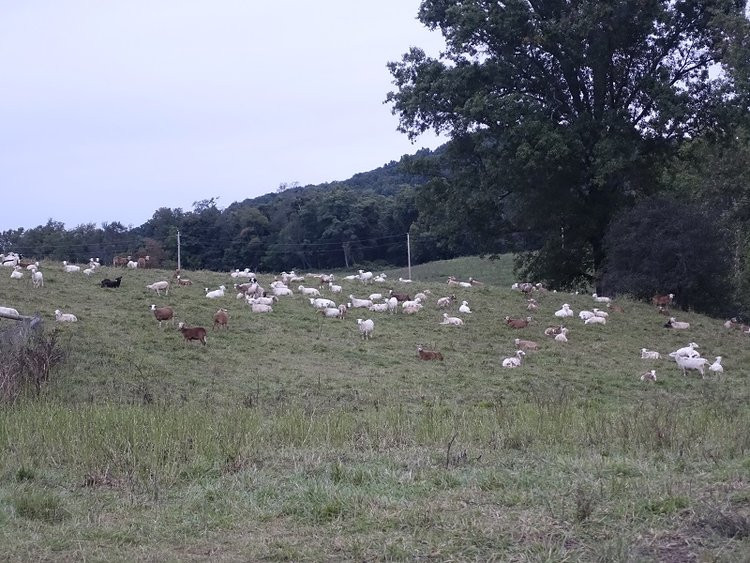 SOLES OF OUR FEET: WENDELL BERRY REMINDS US THE BEST FERTILIZER FOR LAND IS FOOTSTEPS. 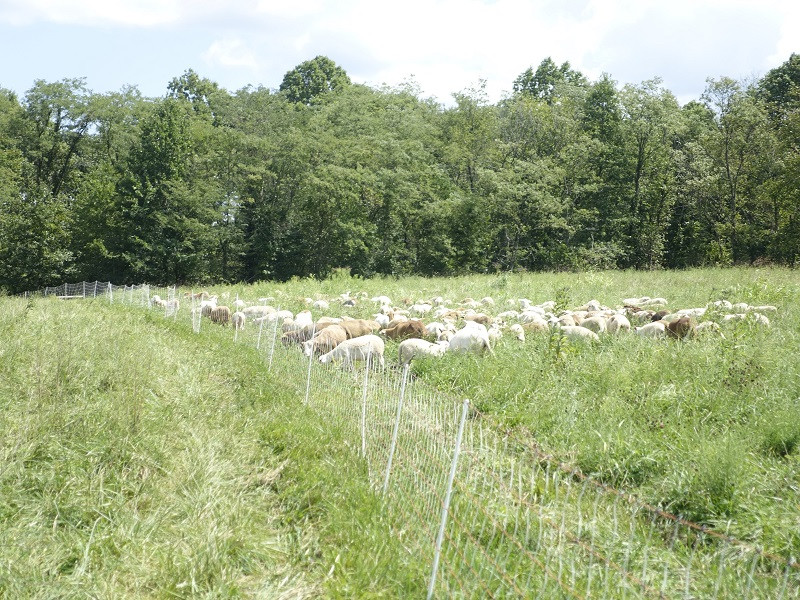 THE LONG ROAD: THE ROAD TO DIGNITY IS LONG. 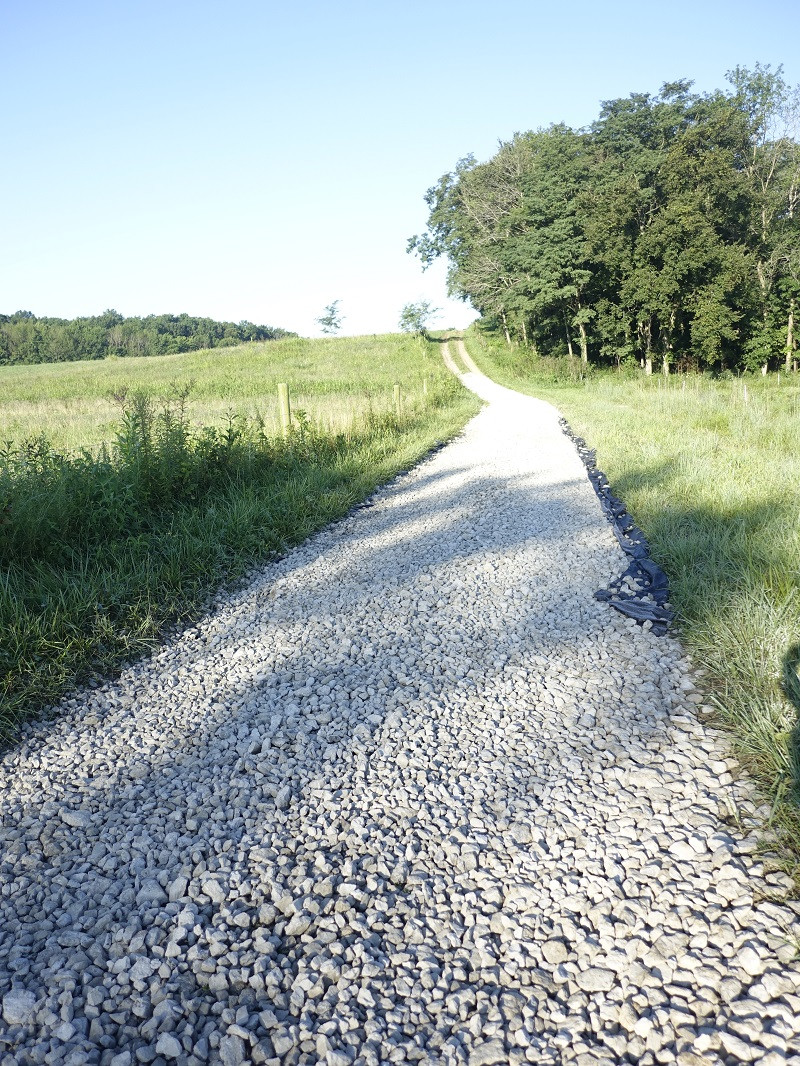 MAN OF STEEL: THIS FIREPIT WAS MADE BY JOCKO, WHOM THE GODS RECENTLY CLAIMED FOR THEIR OWN. 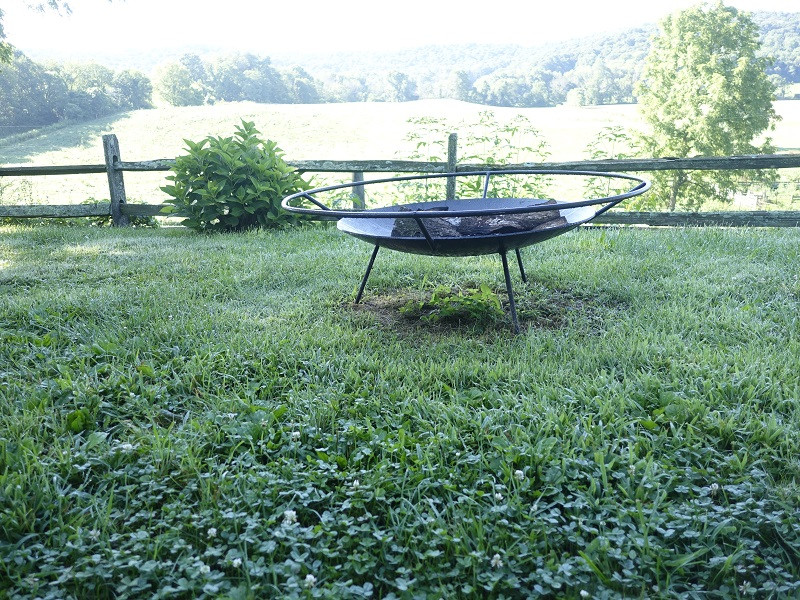