Our elders remind us of the importance of affection.

This cottonwood tree and it companion behind, a catalpa, were too beautiful to remove, as we reconstructed this section of the stream bank. One can't help feeling their grandeur and special status, that exempted them from the track-hoe. But we can't slope the bank in that spot and rushing water will erode soil beneath the roots, eventually bringing down the cottonwood. As you see in the foreground, Jacob's team has planted live-stakes to stabilize the bank, but they won't protect the cottonwood. So, we are going to place some boulders, carefully, in front of the exposed roots where the stream bends, to thwart erosion. It would have been simpler to take the tree down, but doing so would have taken a piece of our hearts with it.

In like manner, we re-sided this corncrib, which offered no particular service except to collect items and present character. Given there is a shortage of character in the world, re-siding and preserving rather than tearing down seemed like the right thing to do.

Wendell Berry tells the tale of his grandfather in central Kentucky selling his annual tobacco crop to the American Tobacco Company, presided over by Mr. James B. Duke, of Durham, North Carolina. Mr. Duke was wily enough to purchased all of his competitors over time, such that he finally possessed a monopoly on the market. Being shrewd, he figured he'd make more money paying farmers less for their tobacco than more. So, he did just that. And Wendell's grandfather returned home from the sale of a year's work without an extra penny in his pocket. Taxes, fees, surcharges, and low price took all the profit margin he had hoped for, with which to reinvest in his farm, the source of his livelihood. Mr. Duke felt no compassion or affection for Mr. Berry or any of the tobacco farmers from whom he stole their crop. He saw no connection between poor prices, poor soil, and poor farmers driven from the land.

Speaking of monopolies, the omnipresent Amazon places bathrooms in it warehouses in remote locations to discourage use. This disregard of employee well-being is a form of abuse that impairs the profitability of the company, though it thinks just the opposite.

Several weeks ago an MBA student from Stanford called to talk about regenerative agriculture. What could I advise her about the state of these affairs? It finally dawned that the one thing someone like her can do to help farmers on the soil is to promote changing the conventional accounting system. If conventional accounting included the costs of "externalities", such as pollution of the environment and abusiveness of personnel, large agribusinesses would quickly become unprofitable and regenerative farms would stand head and shoulders above them. Regenerative farms would become the low-cost producers and thus would obviously offer the best value to consumers. The constant marketing challenge small producers face would be solved.

Why should not affection stand integral to the economic equation? One of Allan Savory's testing guidelines for holistic decision-making is Society & Culture. Do businesses that incorporate loving conditions benefit or hurt society? They obviously benefit society. He considers this a key filter for deciding upon a given action.

We love our cows, ancient trees, and old buildings. They enhance the whole in a way that generates unmatched returns, with time and patience. And affection for our customers is no small reason why we persist with markets, despite changing circumstances.

Mahlon's hens are in place and adapting well. Notice the claws installed on the gas-powered winch to hold it in place when winding up the cable that pulls the egg-mobile. He designed and built this clever, low-cost device.
His goats are now out on grass. It will be interesting to observe them throughout the course of the year. I particularly want to see how much Ironweed they eat.

Jacob's team of five completed planting 44,000 trees today. What a feat! It took three weeks to do so, a spell of nearly perfect weather, good facilities for storing and sorting, and helping hands that dipped in and out. Planting perennial trees into rich soil is clearly an act of affection. The coulter of the planter parts the soil, the subsoiler creates space into which to place the tree, and then the moist, rich soil wraps its arms around the seedling and welcomes it home. The soil and trees talk to each other with emotion, with affection; it is audible. Below Susan is planting and engaging in the great dialogue.

We usually eat twice a day, and lunches are delightful leftovers from various dinners. They provide essential calories after a morning in the field. Below is a reheated Shortrib burger on a Blue Oven English muffin, accompanied by homemade potato and egg salad with chipotle spice. Aioli graces the salad.

Bob and Stephani will be at the Madtree market this Sunday and Bob and I will attend the following Sunday, the 3rd.

May all of our affections spread widely. 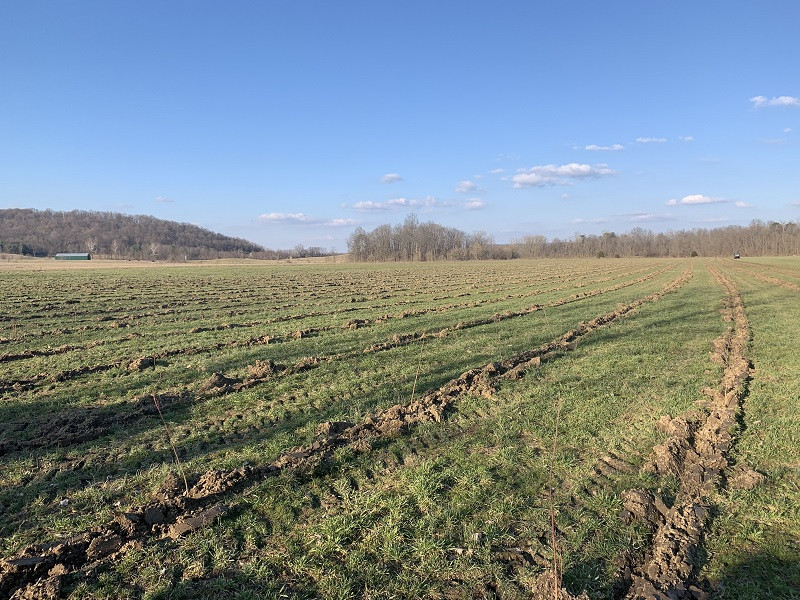 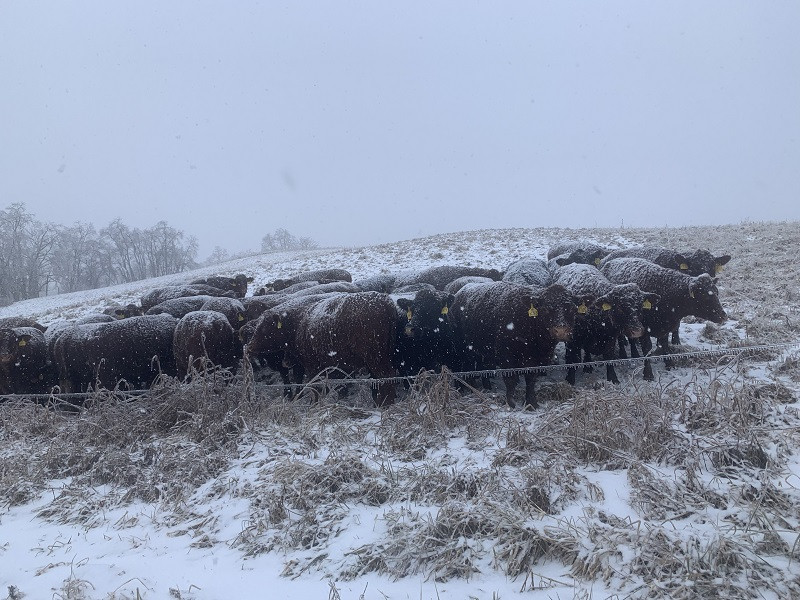 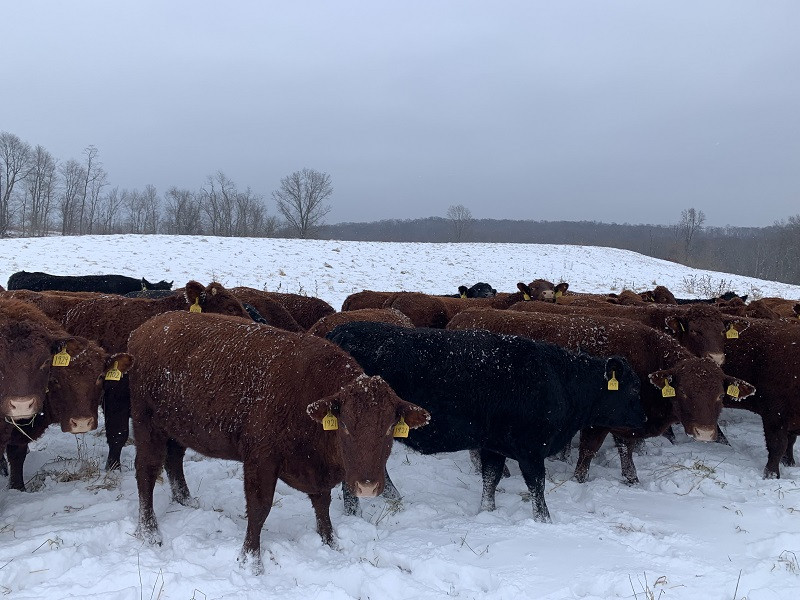