At risk of trying your patience, here is another picture of the same view, made distinct by the rising sun reflecting on mist.

I had never seen sun reflecting on mist until 7 AM on Wednesday morning. It was thrilling to behold, which made for the beginning of an auspicious day.

The first task that morning was to move sheep into their next paddock. They are so clean and full this year compared to the previous two years, that it is a pleasure to work with them. I started with the sheep early, because nets needed to be taken down, which is more agreeable in the cool of the morning.

We are dealing with a quirk among our flock, in that two ewes have become master escape-artists. They duck under the nets with complete finesse. This is not an acceptable habit, for it teaches their colleagues. It is hard to identify which they are, however. We know they are all white and have four legs, but that is about it. Yesterday they were on the wrong side of the net, yet again, so I developed a plan to drive them with Bo away from the flock to the next woven-wire paddock, where they could be isolated and contained. Being clever, as soon as they saw us approaching, they quickly ducked back under the nets to mingle incognito into the madding flock. Well, the game was on, and this morning I espied the two rogues out again. This time, Bo and I approached them from within the paddock of the flock, pushing them away from the nets and their safe haven. The ring leader, however, was a step ahead and circled back to duck under. The other was not so wily, and we were able to drive it to the next paddock. Once within, she could not circle back, and we drove her out that paddock and down the laneway to join whethers to be harvested. She just graduated from being a brood ewe to a meat bundle. One down one to go.

In crossing the creek on the way to moving yearlings, this bank of wetland daisies, or Bidens, shown brilliantly in the morning sun. They thrive in saturated soils, reminding us where some of our future lies on this farm.

Forty-four yearlings have just been released into another break of tall grass in this picture. It feels good to offer them so much quantity and quality, so they may continue maturing. They have calmed down as a group, and are provided with shade, water, mineral, and hot wires in front and behind. This management allows them to be located exactly where we want at any point in time, reflecting a high degree of control in order to supply a chaotic mix of plants for nutrition. We are always negotiating the tension between control and chaos, striving with mixed success for the right balance between them.

In the background of this picture, you see a red barn with solar panels on the roof. These primarily offset electricity employed by two large freezers in the barn. Power generated by those panels is fed into the grid, and then we are given a price-offset for energy consumed by the freezers. Of course, the power company is clever enough to know if they buy electricity from us at wholesale price and sell it at retail, they will enjoy enhanced profit, which they do. Nevertheless, our average monthly bill has gone from $300/mo. to $30/mo. due to those panels.

Lest you think all I do is look at the sunrise every morning, which is true in part, it is also true that spiders are weaving webs in tall grass at this time of year. It is magical to behold these sparkling creations strewn throughout a pasture, as the morning sun illuminates them. An arachnologist may be able to explain to us why we witness this particularly in the fall.

Above is part of the Finishing herd. We only have eight beeves left in this group for the next three months, but I think that will suffice, as reinforcements from Virginia will be returning in November. It is a particular pleasure to be among the Finishers. They are so big and fat and are preparing to be harvested. They are the culmination of our efforts all year long. It is exciting to look at the ones who are ready to go. That may sound strange, but it is gratifying to witness the process working in these animals. Soon enough they will be providing superior nutrition to many grateful customers.

In the second picture, you can see the tape behind the herd and the water tub along the fenceline. A second tape is ahead of the herd, keeping them confined for the day. Every day they receive a new break of grass.This careful management speaks to Clark's excellent work. He prepares the scene, so all I do on Wednesdays is roll up a polywire, for which this aging body is grateful.

Cows are about to start calving, so we try to provide as optimal a situation for them, as possible. This means lots of good grass and moves forward that are simple, so calves aren't left behind. The herd is now on a contiguous block of pasture, about 85 acres in size, for the next 45 days of calving. Cows will be moved a little less than two acres per day. Back fences are also not as close as with other stock, so calving cows have plenty of room to remove themselves from the herd for privacy and bonding.

When livestock congregate under a tree or shade-mobile and leave bare ground behind, we spread clover on the site. Clover is a great enhancer of pastures. Its seed is small, beautiful, and durable. It is one of the critical currencies of pasture farmers. One wonders why there aren't "clover futures" in the financial markets.

My last stop of the morning was at the broilers, for looking rather than doing. They consume grass and clover, which accounts for the excellent meat, but in so doing compete with forage for ruminants, at first glance. But the fertility they leave behind, grows more incremental grass than they consume, providing a net benefit.

Mike moves these birds forward daily. This is our last batch for the year. A second batch would take us into November out on pasture, which can be inclement for these birds.  We hope to grow larger batches next year, so we don't run out of supply late in winter.

The frequent but gentle rains this spring and summer, combined with years of diligent management, have generated this season the best pastures we have ever known on this farm. They are dense and rich with mixed forages almost everywhere we look. The animals reflect this plus the excellent management delivered by Clark and Mike. All of the stock are thriving. And customers are supporting us at a higher level. This is all most heartening to witness on a Wednesday morning, further inspiring this challenging journey.

Kentucky Fried Chicken, made on the farm, was a great treat this past weekend. The critical ingredient, of course, is the chicken. One can taste the minerals and forage in the meat. Its succulence, density, and flavor is remarkable. If you would like to place a pre-order, do so here.

Bob will be at Montgomery tomorrow and I will be at Hyde Park.In the spirit of Wednesday morning, 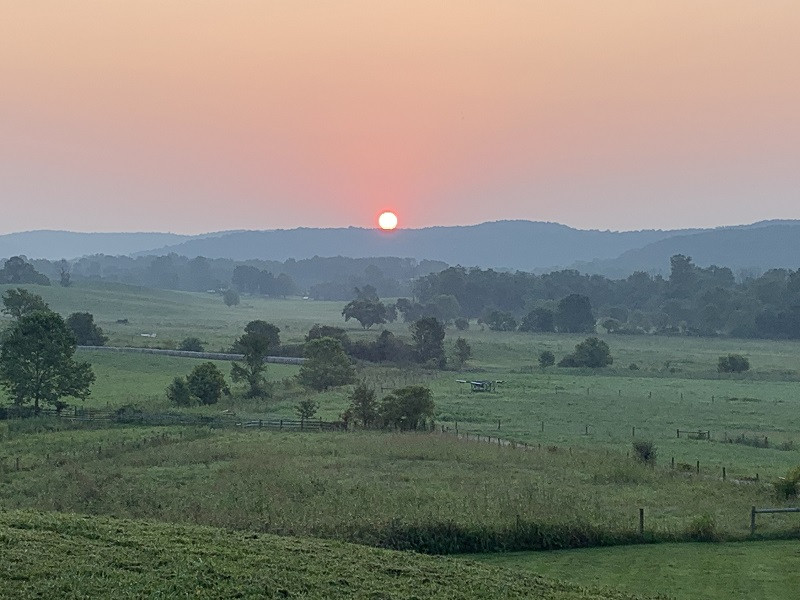 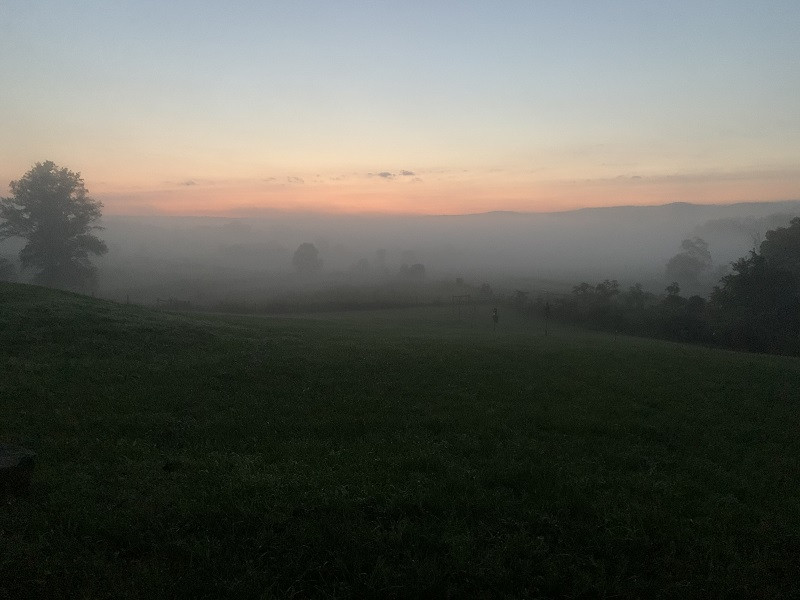 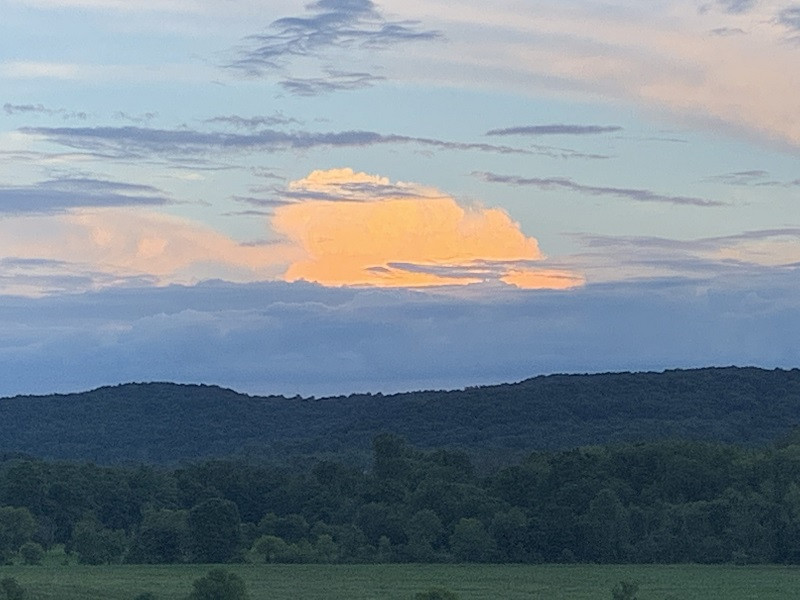