A mother's love is the greatest force in Nature, for it is stronger than hurricanes, earthquakes, or drought.

Calving has begun on the farm, and the magnificent power of motherly love is being demonstrated yet again. The birthing and rearing of young by maternal force has been underway since the advent of time. It symbolizes belief in the future, as does the rearing of our own children and grandchildren. It will not be denied, which is one reason life is good.

To bring you up to date on Frostbite, you may remember he was born on the coldest day of the year in late January, and is therefore almost nine months old. He is still with his dedicated mother and will be for another month to maximize his intake of maternal butterfat to enhance his fertility, before being weaned. The two are in isolation so he doesn't breed others prematurely. It looks like he is on track to becoming a sound breeding bull, but only time will tell.

As the fall equinox approaches, it appears this is a bountiful year for mast and fruit, as demonstrated below by heavily laden branches of walnut and pear trees.

This cloud burst of fire greeted me early this morning as I pulled into the barnyard. Its momentary and awesome presence seemed to be reinforcing the passion required to bring food from our land to the marketplace for caring customers like yourselves. When beholding such display, one can't help feeling that God is nearby.

As the yearly ritual of the football season dawns, to touch our primal selves, remember that we offer Moroccan Sliders and Susan's Soulful Chili as perfect accents to your gatherings.

In honor of Motherly Love that brings us forth and the fire that keeps us all advancing, we look forward to connecting soon.

FIELD OF DREAMS: FIELD OF SWAMP MARIGOLDS Six feet deep and as far as the eye can see... 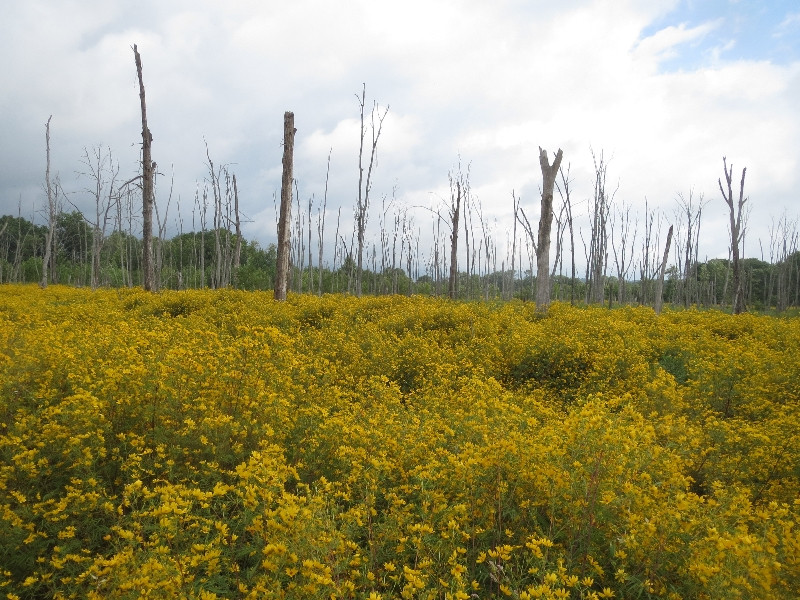 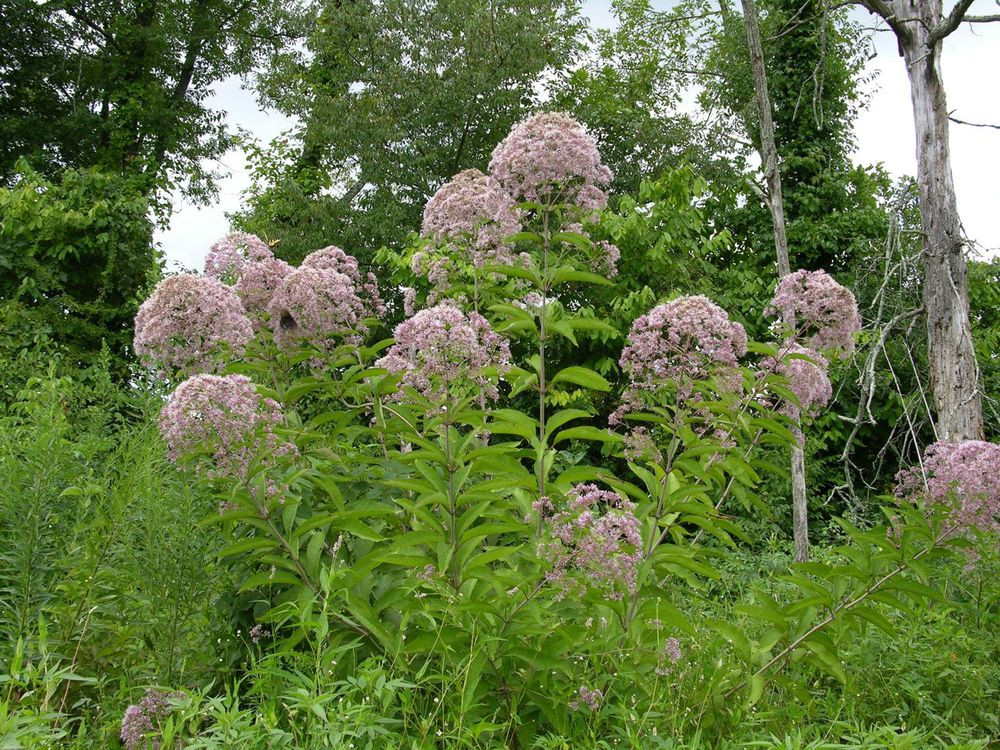 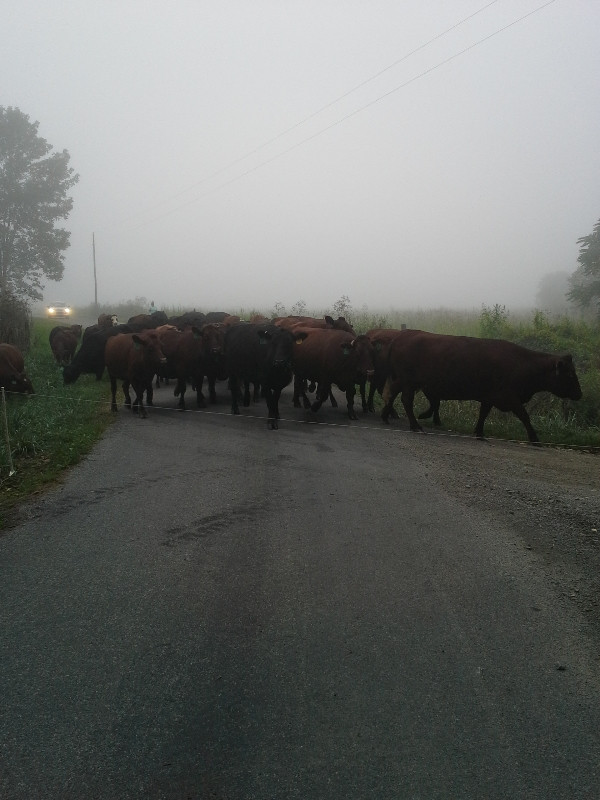